The 8 Biggest Commercial Real Estate Stories In Philadelphia This Year

For Philadelphia commercial real estate, 2019 was a year of promise, with the biggest deal the city has ever seen and millions of square feet in new construction proposed. But it wasn't without its conflict or its controversy.

Here are the eight CRE stories that had Philly talking this year. 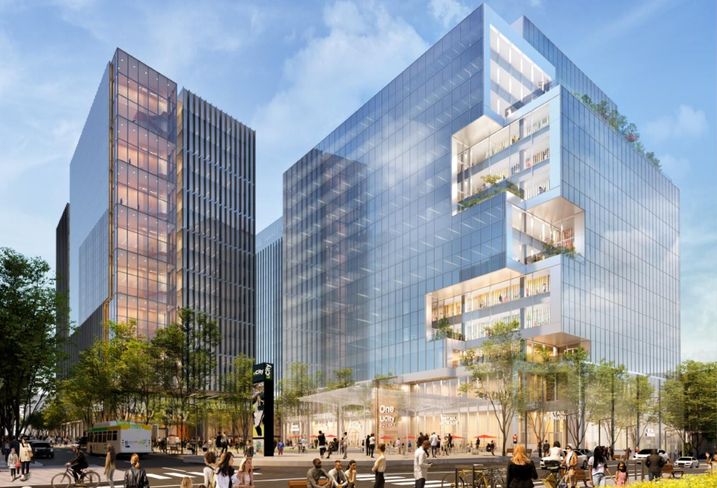 Philadelphia’s place in the life science ecosystem came fully into focus this year. As the home of the first-ever gene and cell therapies to be approved by the Food and Drug Administration, the city and its academic institutions have drawn in billions in venture capital funding. Both local and out-of-market developers have lined up development projects for when any of the researchers and/or entrepreneurs begin to scale up.

Wexford Science + Technology and the University City Science Center have had considerable success with their uCity Square development district, and their next project has all but completed the design phase and awaits enough lease-up to get started, much like Republic Properties Group with its proposed development neighboring Schuylkill Yards. University Place Associates has already kicked off the third phase of its campus farther west on Market Street with the Wistar Institute as its anchor tenant.

MLP Ventures, formerly O’Neill Properties, has already built hundreds of thousands of square feet for startups and corporate satellites in King of Prussia as part of what it is calling the largest life science coworking campus in the U.S. When complete, the over 1M SF campus will include a 100K SF incubator.

In addition to KOP and University City, the Philadelphia Navy Yard has been a node for life science development, due to its capacity to host the highly specialized manufacturing uses the industry depends on. 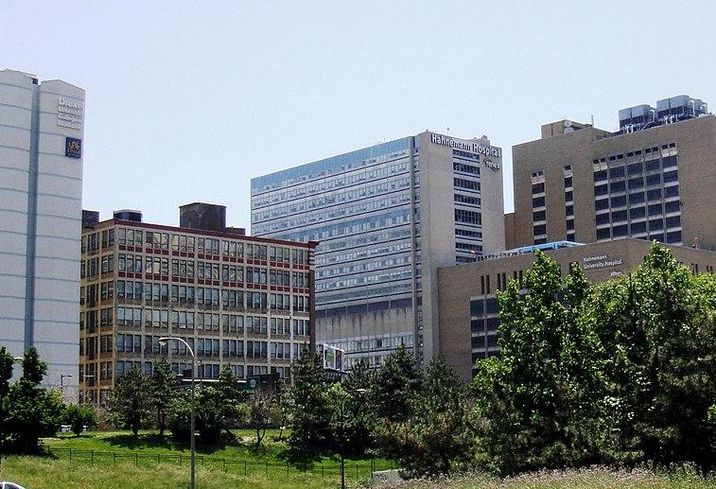 Private equity has been a bogeyman for retail brands for a couple of years now, but the risky world of leveraged buyouts officially extended to the world of healthcare real estate when Joel Freedman announced the closure of Hahnemann University Hospital a year and a half after his private equity firm Paladin Healthcare purchased it.

The acquisition was financed with a loan from Apollo Global Management’s debt arm, MidCap Financial, and Freedman’s announcement that Hahnemann was not profitable enough to pay off those loans came without any significant efforts to improve what was already a money-losing business before he bought it.

Outraged city and state officials were seemingly powerless to stop the shuttering of one of the most important hospitals in Philadelphia to patients on Medicaid. The future of the building that once held Hahnemann is still up in the air, but its Center City location makes it a valuable potential target for redevelopment. 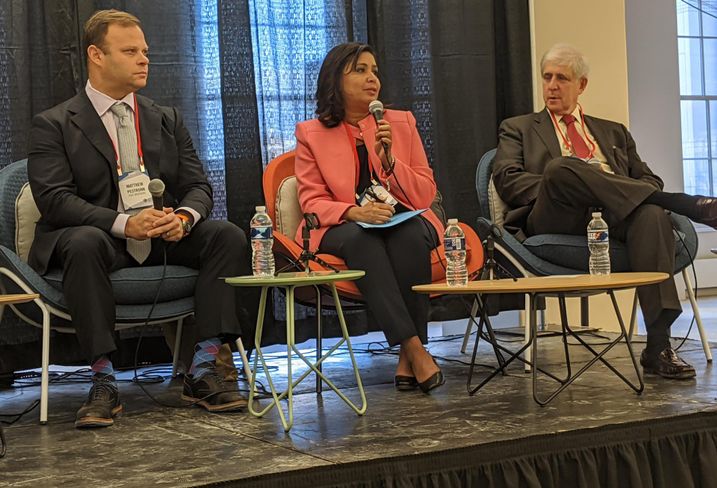 The deep-seated problems with Philadelphia’s tax structure originated long before this year and extend beyond the realm of real estate, but the heat was turned up on the issue in 2019 for at least a couple of reasons: the prolonged growth cycle in Philly that has observers wondering if tax incentives for businesses are still necessary, and an election cycle when progressive candidates railing against the 10-year abatement in particular gained more prominence than ever — and even won a seat on the Philadelphia City Council.

As the year draws to a close, it looks like a hastily assembled bill reducing the 10-year abatement by 10% annually, starting in year two, for residential properties will be passed. The measure satisfies few interested parties, and even Council Member Maria Quiñones-Sanchez, one of the bill’s co-sponsors, called it a “compromise of a compromise.”

Meanwhile, a comprehensive plan to address what the real estate industry and much of city council believe are the real problems — inconsistent property assessments and onerous business and wage taxes — has yet to emerge. 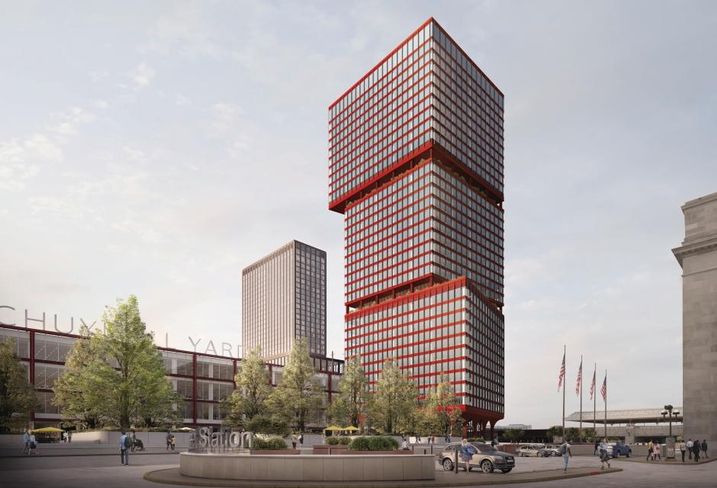 Only a handful of new office buildings have been constructed in Philadelphia since the end of the Great Recession, with FMC Tower, 2400 Market St. and the Comcast Technology Center being the most prominent. But the success the new (non-Comcast) buildings have had in leasing up has inspired developers like Brandywine Realty Trust and Parkway Corp. to put forward proposals for multiple new office buildings. Together, they would add well over 1M SF to the city’s supply.

None of the projects are likely to begin construction until they land an anchor tenant, but for developers to go through the design and planning phase for such buildings now indicates optimism that they can go forward in the immediate future, when permits are still relevant.

A handful of large office tenants such as Chubb and Morgan Lewis & Bockius have large leases set to expire in the coming years, and the existing space that could absorb their requirements is scarce enough and asking rents are finally reaching a point that tenants are considering paying the premium for a new-construction building. 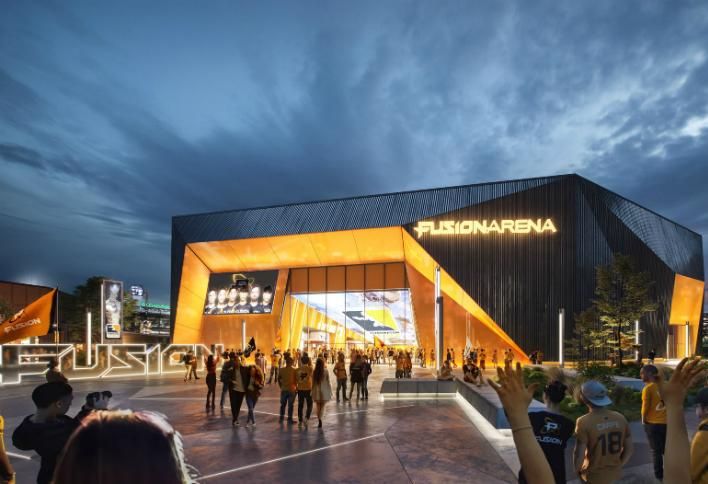 For years, the South Philly sports complex has been an asphalt sea with Citizens Bank Park, Lincoln Financial Field and the Wells Fargo Center as hulking islands dominating the visual landscape. The Cordish Cos. Xfinity Live! bar complex added some variety a few years ago, but 2019 was the year the area’s mixed-use development began.

Cordish’s long-promised casino resort, now called Stadium Casino, topped out in November, and Comcast Spectacor — owner of the parking lots, the Philadelphia Flyers, Wells Fargo Center and the Overwatch League’s Philadelphia Fusion — completed a $250M renovation to the hockey and basketball arena before the Flyers and 76ers’ seasons started.

Comcast Spectacor, a wholly owned subsidiary of Comcast, has also partnered with Cordish for the next two additions to the complex: the first new-construction esports arena in the world to host the Fusion and year-round events, which broke ground in September; and Pattison Place, a 200K SF office tower awaiting an anchor tenant to begin construction. 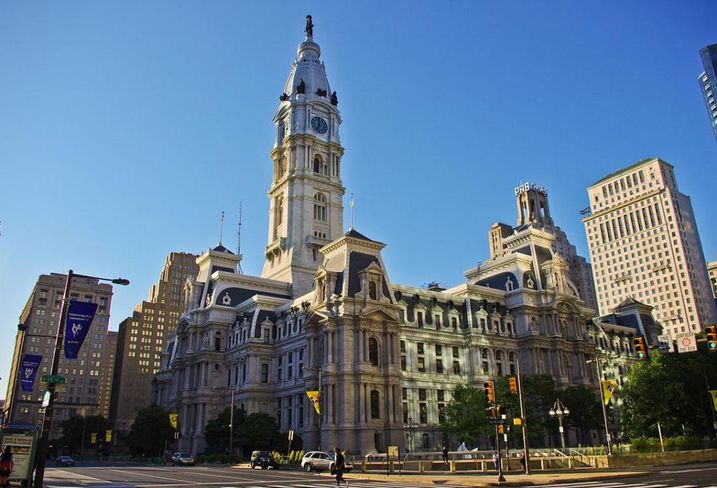 The archaic structure of government land use and construction approvals in Philadelphia has been criticized and scrutinized for years, but controversy erupted in multiple areas this year. At the end of January, the FBI charged union boss John “Johnny Doc” Dougherty with over 100 counts involving corruption and fraud. The investigation touched Philadelphia City Council and the mayor-appointed Zoning Board of Adjustment.

Alleged corruption is not the only criticism lobbed at the ZBA, which has the power to virtually veto any development that would require a zoning change. Post Brothers President Matt Pestronk, who has won lawsuits appealing the ZBA’s decisions, has claimed the union-heavy ZBA uses the board’s power to ensure that organized labor is involved in as many construction projects as possible.

Corruption allegations and FBI investigations have also dogged the process by which the city sells vacant land to private citizens, which allows for members of city council to personally intervene and direct properties to buyers of their choosing. Alleged misuse of the process became so rampant by spring that Mayor Jim Kenney shut down the Vacant Property Review Committee and ordered a reorganization of the bureaucracy handling such deals. 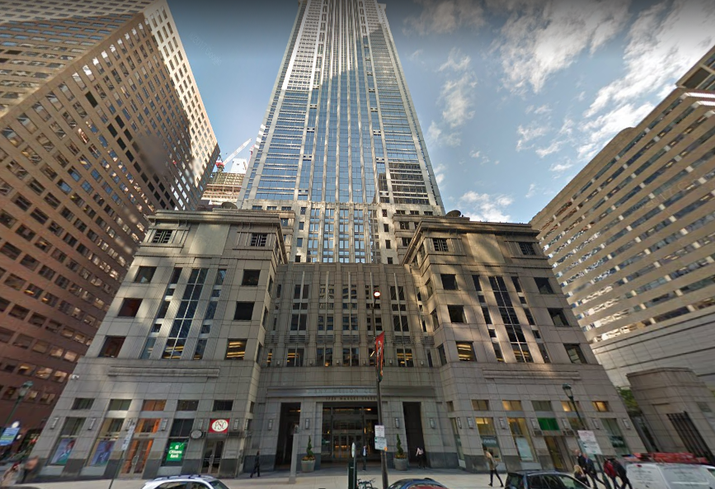 The record for the most expensive real estate transaction in Philadelphia history fell early this year when a joint venture of New York-based Silverstein Properties and local firm The Arden Group purchased 1735 Market St., also known as the BNY Mellon Center, for $451M. With the sale, Chicago-based Equity Commonwealth exited the Philly office market.

The trade was significant not just because of its size, or the involvement of the owner of One World Trade Center, but also for the reason behind the acquisition. Rather than a value-add play, the JV considers 1735 Market a long-term hold purely because of the revenue it can produce and its long-term value — a relative rarity in Philadelphia.

“When we looked at 1735 Market, we were trying to play a little bit of defense and lock in long-term cash flow,” Arden Group Chairman and CEO Craig Spencer said at Bisnow’s Philly 2020 Forecast event on Dec. 5. “We think we bought it at the perfect time, a 1.3M SF trophy office tower at $351/SF. There are five-story buildings in the suburbs selling for more than that.”

Spencer added that with the growing pool of New York-based and foreign investors looking at Philadelphia, he expects more downtown assets in the near future to move for more than $351 per SF. 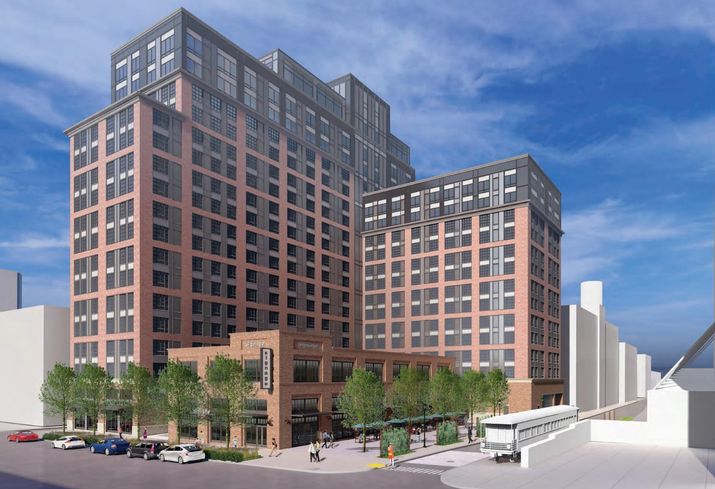 Last year, market-watchers thought the multifamily pipeline was peaking and that 2019 would provide a chance for landlords to pause and let the unprecedented wave of new construction stabilize before dumping more available units on the market. Instead, the industry shifted its geographical focus and plowed further ahead.

Construction starts and proposals remained strong through 2019 as new deliveries leased up more quickly than expected, and without offering deep concessions. But rising rents still could not match the growing costs of construction, pushing the bulk of new multifamily north from the core of Center City.

Construction activity in 2019 was actually higher between Fairmount and Lehigh avenues than it was between Washington and Fairmount avenues, the area that encompasses Center City, according to CoStar data presented at Bisnow's 2020 Philly Forecast event by local analyst Adrian Ponsen.

“This trend is almost entirely construction cost-driven,” Ponsen said. “Developers are shifting away from the types of projects common in Center City, which are steel-frame, high-rise buildings that use cranes and depend on specialized labor, and toward low- and mid-rise projects that can use wood frames or conversions of former industrial buildings.”

At the heart of the current construction boom is the North Broad Street corridor, specifically the blocks just north and south of the corner of Broad and Spring Garden streets. The most recent Civic Design Review hearing saw three separate proposals for new construction within a block of each other in addition to the hundreds of units either recently delivered or already underway.

If one were to walk east or west of North Broad Street, they would find that construction is robust just about from the Schuylkill River to the Delaware. Development nodes like Brewerytown, Francisville, Fishtown and Northern Liberties are expanding to the point where it isn't hard to imagine a continuously walkable stretch between the rivers full of dense residential development.