The Philadelphia Navy Yard has taken the first step toward the next major phase of its development. 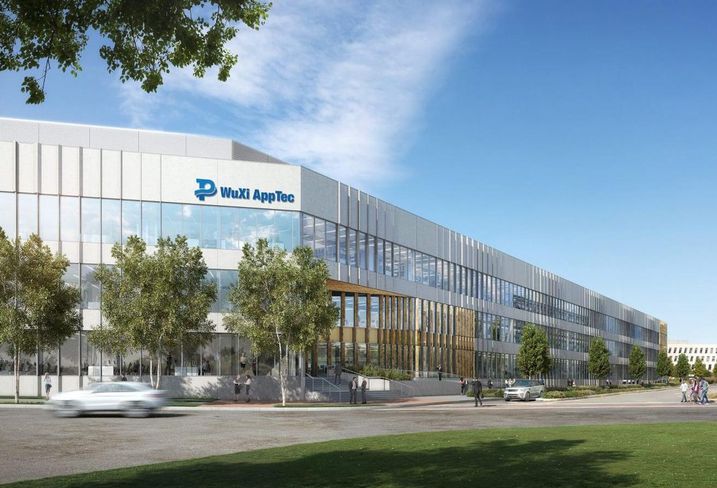 Courtesy: DIGSAU
A rendering of WuXi AppTec's fourth building at its gene and cell therapy manufacturing plant in the Philadelphia Navy Yard

The Philadelphia Industrial Development Corp. released a Request for Qualifications Friday with the purpose of finding one or more development partners for two sites at the Navy Yard totaling 110 acres.

Liberty Property Trust had been PIDC’s partner since 2003, when the area’s conversion from a military/industrial compound into a hub for new office, light industrial and hybrid development began. Liberty ended the partnership last year as part of its transition to an industrial-only company, and is currently working on its final Navy Yard project: the fourth building at WuXi AppTec's complex.

Part of PIDC’s vision for its next phase will include residential and mixed-use properties for the first time, depending on how its search for a partner plays out. The developments Liberty produced, collectively known as the Navy Yard Corporate Center, now house 15,000 employees and counting — enough for some of them to want to live where they work, Director of Navy Yard Leasing and Business Development Andrew Trump said.

The two sites stand in stark contrast to one another. The 12-acre "Historic Core" parcel sits near the center of the Navy Yard and contains two historic, eight-story warehouses totaling 1.5M SF that PIDC believes are ripe for redevelopment, as well as some open land and a 2K SF "cool old building" that could be reused in some way, Trump said.

The 100-acre "Mustin District" parcel in the southeast corner of Navy Yard land is mainly comprised of a former airfield, with its southern edge bordering the Delaware River. A few old buildings dotting the land will need to be demolished, Trump said. 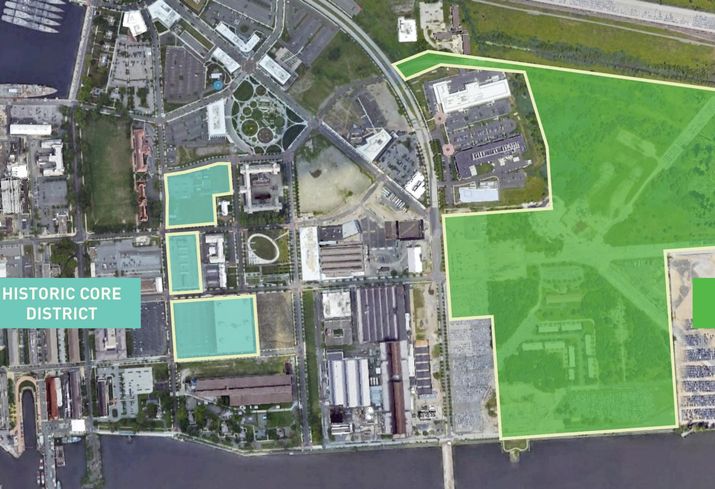 PIDC expects most of the Mustin acreage to house more life science manufacturing facilities like WuXi's, but Trump also would like to see apartments making use of the waterfront property.

Exactly what gets built largely depends on the results of the search for a new partner, which is just getting underway. Responses to the RFQ are due Nov. 22, and PIDC will select a shortlist of developers to whom it will send an official request for proposals.

PIDC is not necessarily looking for one partner to fill exactly the role that Liberty performed, Trump said. Because of the greater diversity of uses in this upcoming phase, he considers it a strong possibility that multiple partners could be selected to fill specialized roles.

“There is nothing in particular in terms of the structure of the agreement that we’re necessarily looking to change,” Trump said. “The things that we want to keep the same, or at least in the same structure, is that we want partners in place that are really motivated to build high-quality, high-performance, sustainable buildings on a regular schedule and aggressively market the Navy Yard, so we can continue to be a great place to work and represent the future of work in the region.”

PIDC will require the partner that would build industrial properties in the Mustin district to also oversee the construction of the infrastructure needed to support such uses, namely the streetscape and utilities. Any and all potential partners will need to provide "high-quality public spaces," Trump said. 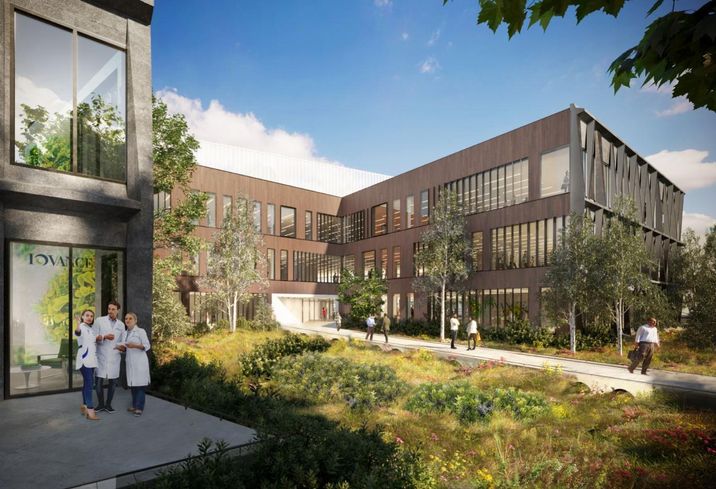 Courtesy of DIGSAU
A rendering of Iovance Biotherapeutics' lab, office and cell therapy manufacturing facility at the Philadelphia Navy Yard.

By filling in what is already the densest portion of the Navy Yard, PIDC hopes that the historic core can be a "downtown" for the area that creates walkability with ground-floor retail and dining. All of the planned uses are subject to change, depending on whom PIDC chooses and their vision for the site, but it would take a hard sell from a potential partner to convince PIDC not to build multifamily in some capacity, Trump said.

“I’d be really surprised if residential developers don’t respond to this RFQ,” Trump said. “That said, for PIDC as the city’s economic development corporation, multifamily development at the Navy Yard is exciting not for its own sake, but because we see it as part of the way that we’ll support a broader range of amenities, retail and services so that the Navy Yard can continue to be an attractive place for people to work and for companies to relocate.”

At 15,000 workers before its current phase is even complete, the Navy Yard expects to add an average of 1,000 employees per year for the near- to mid-term future. To support that growth, especially if residents and retail customers get added to the mix, transportation will play a crucial role.

Sitting to the south of the stadium complex where the Broad Street Line terminates, the Navy Yard provides a shuttle system to Center City as an alternative to driving. With six vehicles operating during peak hours, the shuttles give about 1,700 rides per day, Trump said — giving the system a daily average of 850 commuters, or about 6% of the Navy Yard's workforce.

PIDC plans to add a seventh vehicle to the shuttle service next year, but Trump knows that residential and retail components would require more support than that. 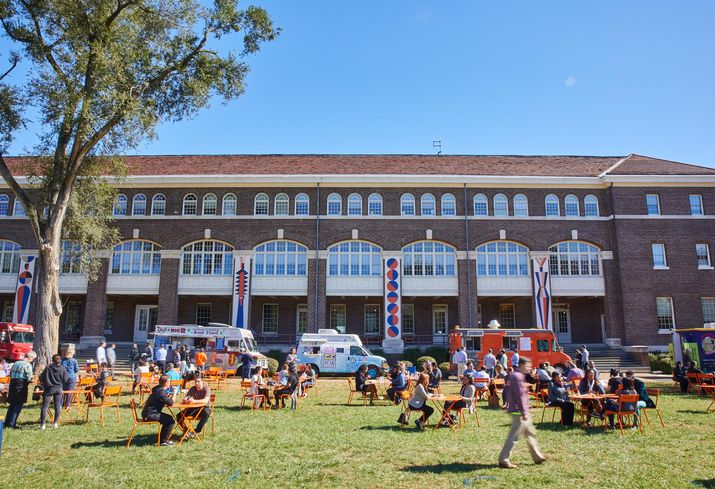 Courtesy: Michael Spain Smith
Lunchtime at the Marine parade grounds within the Philadelphia Navy Yard, with a rotating assortment of food trucks

“We’ve spent a lot of time working on our transportation offerings and our strategy right now, but when we have people living here, that’s certainly going to increase,” Trump said. “We’re excited to have residential as a component because it will push us towards improving how people get to the Navy Yard and the hours at which they can do that.”

A logical way to connect the Navy Yard to the rest of Philly's public transit system would be with an extension of the BSL, but even one additional stop would cost at least $700M, according to SEPTA estimates. More than one and the price tag shoots above $1B.

“The Navy Yard is roughly the same size as Center City,” Trump said. “A single BSL stop at the Navy Yard would be great, but we would still need to run some sort of shuttle system in order to actually get workers to the stop.”

No date has been set for PIDC to choose a partner (or partners), but Trump is hoping to wrap up the process by the middle of next year. One possible applicant would be Gattuso Development Partners, the new company formed by Liberty's former Navy Yard leader, John Gattuso.

Gattuso has already begun construction on a 136K SF hybrid facility for California-based Iovance Biotherapeutics, a cell therapy firm that represents one of Philly's largest out-of-market recruitment successes in years.

With its next phase and its next partnership, the Navy Yard hopes to repeat and expand on that success.