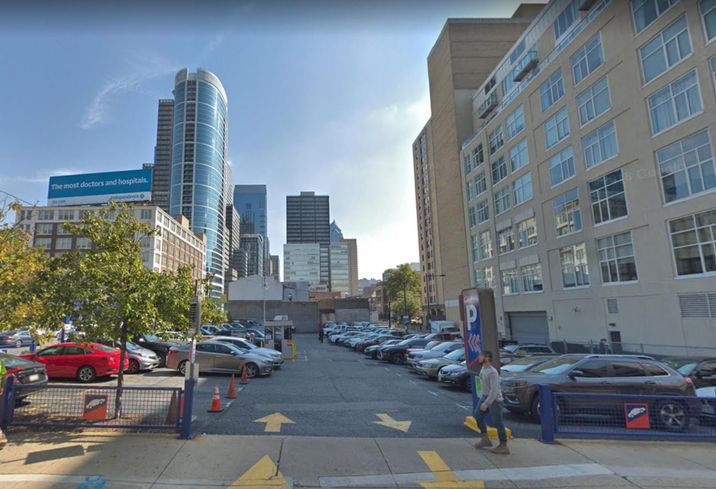 Google Maps
The parking lot at the southeast corner of 23rd and Market streets in Center City, Philadelphia, as of October 2018

Parkway Corp. is attempting to do something that few in the Philadelphia real estate community believe is currently feasible: build a new, ground-up office building in Center City.

Parkway, which owns a network of parking lots across the city, has applied for a $5M grant from Pennsylvania's Redevelopment Assistance Capital Program to build an 18-story, $176M tower on the southeast corner of 23rd and Market streets, the Philadelphia Inquirer reports. The Forum Theatre, the last pornography theater in Center City, was demolished in 2012 on the site, which Parkway purchased in 2015.

The project, currently titled 23rd + Market, does not have an anchor tenant attached to it — a non-starter for years in the Philadelphia office market. In 2017, Parkway proposed a two-building development, including a planned 586K SF of office space at the corner of Broad and Spring Garden streets, but has not moved forward on it since, according to the Inquirer.

The central stumbling block for new office construction in Philly has been the disparity between construction costs and achievable rent. Without an anchor tenant in hand, like the FMC Tower or Aramark's new headquarters at 2400 Market St. (a block away from 23 + Market), obtaining financing is a hurdle that has not been cleared in decades.