Next year is shaping up to be one of recovery for Philadelphia's multifamily market, as the delivery pipeline slows to a trickle and new developments take a moment to absorb. One major property stands in opposition to that trend, however. 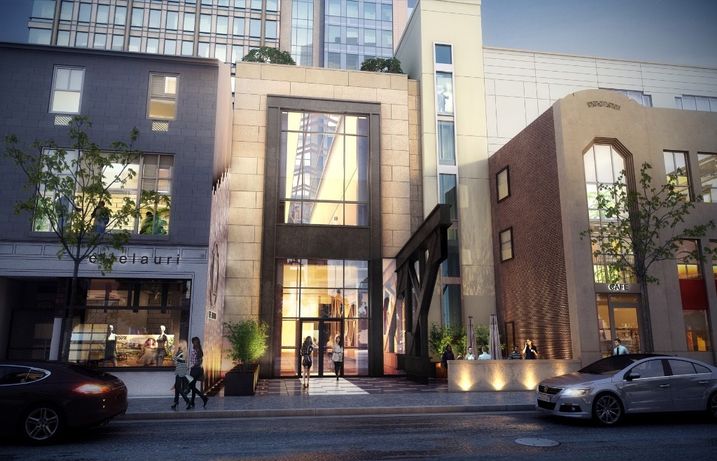 Courtesy: DAS Architecture
A rendering of the entranceway for The Harper, Pearl Properties' multifamily tower in Rittenhouse Square

Pearl Apartments, the multifamily subsidiary of Philly-based Pearl Properties, is scheduled to open The Harper at 1910 Chestnut St. in June, in conjunction with the recently announced all-day café from the CookNSolo restaurant team that will open into the building's residential lobby.

CookNSolo is the team of Steven Cook and Michael Solomonov, responsible for the iconic restaurant Zahav and fried chicken and doughnut chain Federal Donuts. Their Center City restaurants Dizengoff, Abe Fisher and Goldie are also located in Pearl-owned buildings.

No further details about the all-day café will be released until early 2019, but it will join Target, GAP, Tatel and an unannounced final tenant in the Harper's 75K SF of retail across the bottom two floors. Target and Tatel, a luxury Spanish restaurant co-founded by athletes including Rafael Nadal and Cristiano Ronaldo, will have space on both floors, while the café, GAP and the final 20K SF piece will all be solely on the ground floor.

Also on the second floor will be 10K SF of office space leased to Berkshire Hathaway's property management business, as well as 2K SF of coworking and meeting space dedicated to the Harper's residential tenants.

Pre-leasing has begun on some of the building's 180 units, which average 1,000 SF. It is a larger average unit size than Pearl has ever delivered, and the demand for bigger units is what Pearl President James Pearlstein said caused the change in plans from the initially proposed 200-plus apartments.

When the plan for the Harper shrunk from over 200 units to 180 in 2017, the common assumption was that it was a reaction to the robust multifamily pipeline of 2018. Though the Harper is now scheduled to arrive during a tenuous period of market adjustment, Pearlstein is happy with the timing. 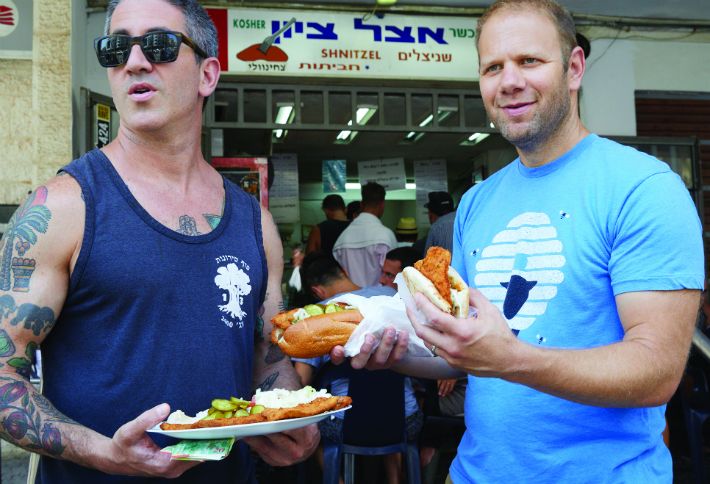 “We’re thrilled that the market slowed down a bit as far as development is concerned, and we’re thrilled to be bringing the Harper to the market at this time," Pearlstein told Bisnow. "It’s going to be best-in-class, the newest property in the area, and the culmination of what we’ve been doing the last 15-20 years. So what better time to deliver than at a time when there aren’t a lot of other competing properties?”

In Center City, the Harper will largely stand alone, but development is moving faster in outer neighborhoods such as Kensington. In the heart of the city, absorption is expected to be a bit slower in 2019 as the market adjusts to all of 2018's deliveries, but landing one of Philly's hottest restaurateurs is not the only reason Pearl is confident. Forty percent of the Harper is already pre-leased, and Pearlstein expects it to be fully leased when it opens.

Rents will range from $2K to $8K per month, and among the building's amenities will be a pool on the roof of the second floor connected to a green park on the roof of the third floor, along with an indoor basketball court, a fitness center and a clubroom on the penthouse floor.

“The amenities at the Harper will be like nothing Center City has ever seen," Pearlstein said.

The Harper will be a block away and a year earlier than The Laurel, Southern Land's proposed condo/rental tower at 1911 Walnut St., which will stand 48 stories tall to the Harper's 25. Rather than competing in the Laurel's shadow, Pearl Properties is welcoming outside developers to the market with open arms, Pearlstein said.

Pearl has expanded beyond its robust portfolio of Center City apartment properties, with the recent completion of its Cambria Hotel on South Broad Street and its purchase of the former United Way headquarters on the Benjamin Franklin Parkway. The company is looking for creative office tenants in the latter and is impressed by the early success of the former, according to Pearlstein.

The Cambria will soon be hosting the grand opening of a Del Frisco's steakhouse in its ground floor Dec. 10, a few months after the opening of its rooftop bar, Attico. A few months down the line, the building will also be getting a sizable wedding and events venue at its base. Beyond that, Pearlstein was moot on the company's future plans, but hinted at another development soon.

“We’ve been delivering a large project every 18 months for the past 10 years, and we don’t see that stopping anytime soon,” Pearlstein said.