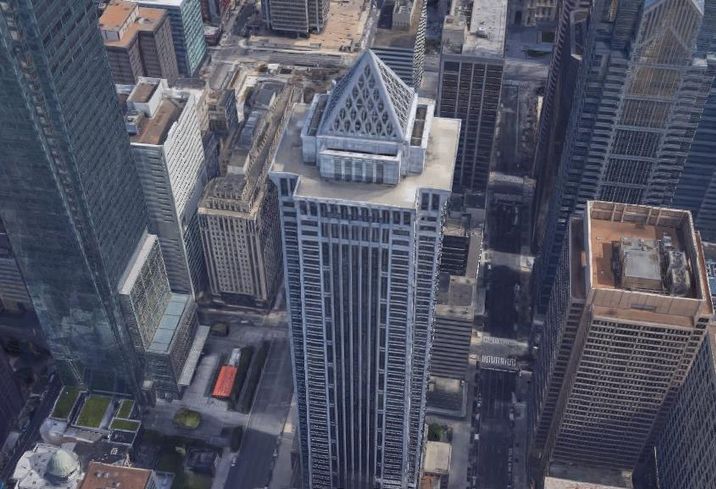 Philadelphia's office investment market has started off 2019 with a bang, as another New York investor has turned its eyes to the city.

A joint venture of New York-based Silverstein Properties and local firm Arden Group has agreed to purchase 1735 Market St., also known as the BNY Mellon Center, from Equity Commonwealth for $451.6M, the Philadelphia Inquirer reports. Equity reported the agreement in a regulatory filing, but will close on the transaction in March, according to the Philadelphia Business Journal.

It is the highest price ever paid for one building in Philadelphia, smashing the previous mark of $354M that Korea Investment Management Co. paid Brandywine Realty Trust in 2016 for the former 30th Street post office building that is now fully occupied by the IRS. Dropping to third place in the record books is Centre Square, which Equity Commonwealth sold to Nightingale Properties in 2017.

The transaction, brokered by an HFF team led by Doug Rodio, is also easily the most expensive on a per-SF basis in Center City history, according to the Inquirer. The 1.8M SF Centre Square sold for $328M, or $182/SF, whereas the 54-story, 1.3M SF BNY Mellon Centre sold for around $350/SF. The acquisition is Silverstein's first in Philadelphia, but the company is no stranger to huge deals.

Silverstein has held the ground lease for the World Trade Center in Lower Manhattan since the months before the 9/11 terrorist attacks, and has built millions of square feet of offices on the site in the years since. Just in the past year, Silverstein opened 3 World Trade Center after 10 years of construction, acquired ABC's former New York headquarters for $1.2B and established its own lending arm.

Arden Group, which is headquartered at 1600 Market, adds to its high-profile hometown holdings that also include The Ritz-Carlton Hotel and its neighboring Residences apartment building across the street from City Hall.