And now, the stirring conclusion: The top 10 of the 50 most remarkable brokers in NY (and the amazing teams behind them). Based not on square feet or revenue production, nor on hall of fame distinction, but on a combination of current stature and juice; impact on firm, industry, and city; and perception of power when they walk into a room. We're purposely mixing apples and oranges, just as Vanity Fair might in its power list might name Rupert Murdoch No. 1 and Angelina Jolie No. 2. Yes, it's unscientific. But we think it more realistically represents the way we all look at the world than compilations of data. We also hope it makes the list more provocative, debatable, and fun. Of course, everything changes quickly, so look fast.

1) Mary Ann Tighe, Tri-State CEO, CBRE (pictured below, aptly, at the center of the action and, we're proud to say, at a Bisnow event).

Nutshell: The game-changer, at the top of her game: NY's leasing queen whose attention you covet when you have not only big vacancy to fill but an entire new neighborhood. As respected as she is powerful.
Recent: Brought Coach to Hudson Yards, where it'll anchor the South Tower and in effect the entire 13M SF project with a 740k SF, $750M condo interest; just closed Warner Music Group's 300k SF HQ at 1633 Broadway; focused on finding new HQs for Sony (550k SF) and Teach for America (200k SF, most likely Downtown); masterminding leasing of Silverstein WTC buildings like 4 WTC, Hines' 7 Bryant Park, Vornado/SL Green's 280 Park Ave, and Aby Rosen's reimagined 285 Madison.
Place in history: Brought Conde Nast to Times Square in '96 and 15 years later to 1 WTC, propelling the dramatic success of both areas.
PS: The former art historian did high-profile three-year term as REBNY chair; daily manages 2,300 CB colleagues; and keeps building Joan's Legacy, a national anti-cancer effort in memory of her late sister. How does she do it all?

2) Doug Harmon and Adam Spies, Senior Managing Directors, Eastdil Secured (the latter of the photographically elusive duo pictured below, second from right at a Bisnow event).

Nutshell: Billion-dollar boys atop today's investment sales frenzy.
Recent: Repped Sony on its $1.1B HQ sale to Chetrit and Bistricer; Carlyle for its $1.4B 650 Madison sale to Highgate, Crown, Oxford, and Vornado; Time Warner on its $1.3B Columbus Circle sale to Related; and Beacon on 49% sale of 1211 Sixth to Ivanhoe Cambridge (which values building at $1.8B). Engaged to sell Sotheby's 500k foot HQ at York and 71st. Even their smaller work is huge: repped Boston Properties to sell 45% of 7 Times Square ground lease for $684M (which values building at $1.5B), George Comfort on 49% of Worldwide Plaza to American Realty Capital for $660M ($1.4B valuation), Gluck on Columbus Square apartments to UDR for $640M, and Fisher Brothers on half stake in two Midtown towers to Rockpoint for $550M and did $600M sale of Westbrook residential portfolio.
Place in history: Started the ball rolling in 2010, repping Taconic on the $1.9B sale of 111 Eighth to Google, sold Chelsea Market to Jamestown, and repped SL Green and JPMorgan on sale of LIC's One Court Square; go-to reps when powerhouses like Stellar and Chetrit want to sell.
PS: Adam's been one of few but passionate NYC racquetball players since the sport died out in '80s. Doug (a tennis nut who plays regular tennis, platform tennis, and table tennis) has a one-year-old daughter, Piper, and is a big film supporter, having produced Starting Out in the Evening and been honored by New York Stage and Film.

Nutshell: Talk about true dealmaking giants, they richly sold the firm in 2011 and are again expanding it like gangbusters for new owner BGC Partners, infusing NGKF across the country with major new prestige and power.
Recent: Strategically acquiring Grubb in 2012, they're surgically picking off tons of additional individual talent (recently on-boarding such stars as Horowitz, Peretz, Gibson, and Sachs), while continuing to bring out best in veteran superstars like Billy Cohen and Mark Weiss and others on this list. Yet, they also still shine on the field themselves: Among many missions, Barry's working huge Morgan Stanley expansion in Battery Park, and Jimmy does portfolio work for high-flying Malkins.
Place in history: Confidence and success are self made: One from east Flatbush spent summers waiting tables in Catskills and found his way to Jeff Gural; other grew up in Stuy Town and while working at MetLife at 24, personally told Harry Helmsley he'd foreclose on 1 Penn Plaza if Harry didn't pay his loan.
PS: Guess which is a former music guy who in high school had a band called Jimmy and the Jelly Beans?

5) Darcy Stacom and Bill Shanahan, Vice Chairmen, CBRE (third and fourth from left, picking up one of their frequent awards).

Nutshell: Sultans of investment sales who go back and forth with Eastdil for top honors.
Recent: Repped Goldman fund and Dubai interests in $1.4B sale of 40% of GM Building to Zhang Xin and Safra family and NBC in $1.3B sale of 30 Rock condo interest to Comcast, JPMorgan Chase in agreement to sell 2.2M SF Downtown trophy One Chase Manhattan Plaza to China's Fosun Group for $725M and Forest City Ratner's agreement to sell 70% of Atlantic Yards to China's Greenland Group; landed assignment in August to sell major land parcel near Hudson Yards for Imperatore family.
Place in history: Sold Stuy Town to Tishman for $5.4B.
PS: Darcy's an avid gardener (veggies and flowers) and backer of New York Restoration Project, promoting urban farming and parks.

Nutshell: The industry model for player-GM who has built, and energizes, a stunning organization of talent with depth at all levels.
Recent: Runs firm's seven tri-state offices of 1,600 colleagues that last year leased 24M SF and managed 102M. Personally renewed UBS for 910k SF at 1285 Sixth for landlord AXA Equitable and repped BNY Mellon for 300k SF at Tishman's 200 Park.
Place in history: Did Bank of America's 1.5M SF lease at One Bryant Park and MTA's 1.6M SF at 2 Broadway and brought MetLife back to NY with a 410k SF HQ lease at 1095 Ave of the Americas.
PS: Well-known as family guy, which just got bigger with addition of granddaughter Emma. Does Peter look old enough to be a grandpa?

Nutshell: In these two titans of real estate beats the heart of the venerable 15,000-employee Cushman & Wakefield, which despite some recent turnover still boasts a giant stable of superstars as evidenced in this list. At the top are Bruce, a 16-year vet and CEO from '05-'09, and one of the industry's biggest and classiest personalities and spokesmen; and John, with the company 42 years (no typo), year in and year out the professional's professional and one of the industry's biggest producers.
Recent: Bruce leads leasing (with colleague Josh Kuriloff) for Brookfield's 5M SF Manhattan West, potentially transformative for Manhattan; was recently awarded agency at 450 W 33rd for 1.8M SF; continues working for the Knicks and Nets; and recently got signed to assist to find big space for major cloud company. He's also helped sell 75 Rock to RXR, leased 600k SF there as well as 2M SF at Vornado's 1290 Ave of the Americas, and did NYU-Langone's 400k SF expansion and restructure at One Park Ave. John repped 101 Park Ave in 80k SF to Tiger Management, Weill Cornell Medical in expansion to 182k SF at Normandy's 575 Lex, Reed Elsevier for 71k feet at 230 Park, and is handling leasing for Rockefeller Group's 1221 Sixth Ave, where Societe Generale is vacating 500k (Mayer Brown recently signed for 200k).
Place in history: Bruce co-brokered Reuters/Rudin JV to develop 3 Times Square and brought H&M's first store to Manhattan (at 640 Fifth), both Deals of the Year. John, also a multiple Deal of the Year winner, in 2011 brought Nomura from Lower Manhattan to 900k SF in Midtown's Worldwide Plaza, Moody's to 600k in 7 WTC, and CIBC to 1.1M SF in 300 Madison; first at C&W to be awarded the title of executive vice chairman.
PS: Bruce hauls in not only new assignments but 33-lb stripers (and even a 230-lb big-eye tuna) deep sea fishing off Montauk; indefatigable in co-chairing Pier 86's Intrepid Museum and DC-based Business Executives for National Security. John's an investor in restaurants and regular traveler to Scotland for golf at St. Andrews.

Nutshell: Extraordinary pilots of America's top tenant rep firm across 60 offices in 22 countries, helping to house much of corporate NYC, and inspiring huge talent like Ruderman, Barlow, Goldstein, Learner, and Heller.
Recent: Hard to imagine a bigger personal assignment than finding 3.5M SF of office, but that's what Time Warner selected this duo to do. With Hudson Yards seeking just right marquee tenant, rumors swirl that TW will land there. Mitch and others just repped Jones Day in 330k SF for 20 years in 4 Brookfield Place.
Place in history: Have filled a dozen 200k-plus SF requirements for law firms, guided build-to-suits like 222 E 41st for Jones Day, brought Cadwalader Downtown after 9/11, and with other partners strategized for innumerable corporate icons like Accenture, Ralph Lauren, and Tiffany.
PS: Brookline native and UNC alum Mitch obsesses over and Tar Heels. Mike and his Hasselblad love to shoot "urban abstractions" around town. 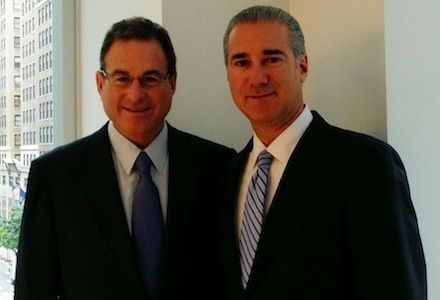 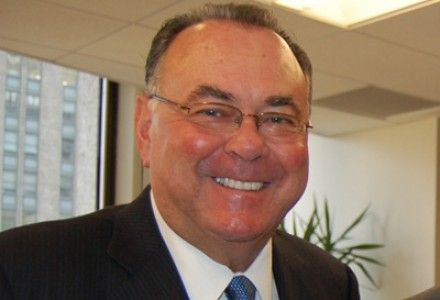 Nutshell: The wily veteran, in the best sense. The most legendary and revered broker still plying the trade in NY.
Recent: A testament of his devotion to family and profession, Steve worked from Boston for five months as wife Wendy was treated for leukemia with bone marrow transplant. She's now on day 146. While at her bedside, Steve managed to relocate L'Oreal from Fifth Avenue and 47th to 415k SF in Hudson Yards' South Tower; with his team, completed leasing of 7 WTC, started marketing 3 and 4 WTC, and commenced strategy and marketing for leasing of to-be-redeveloped St. John's Building at 550 Washington St.
Place in history: Led two remarkable firms during high-growth periods (CEO of C&W from '81 to '85 and chairman '85 to '89 and Insignia/ESG CEO from '92 to '03); brought Gucci to Trump Tower in '06; sold 1290 Sixth Ave in '09 and resold it year later to Vornado (combined worth of $2.5B); arranged sale to SJP of parcel that became 11 Times Square; even helped start office building craze in NJ.
PS: Prolific philanthropist, most recently, with Wendy helping Gift of Life Foundation; their recent efforts yielded 14,000 bone marrow samples, raised $750k, and found 63 donation matches.