As the old proverb goes: There is more than one way to skin a cat. The same can be true for mixed-use developments.

Depending on the area and construction budget, developers and investors may incorporate trends such as ground-level retail, entertainment-anchored retail centers and adaptive reuse differently. Regardless, the main goal is to attract residents and visitors and curate a unique blend of activity. 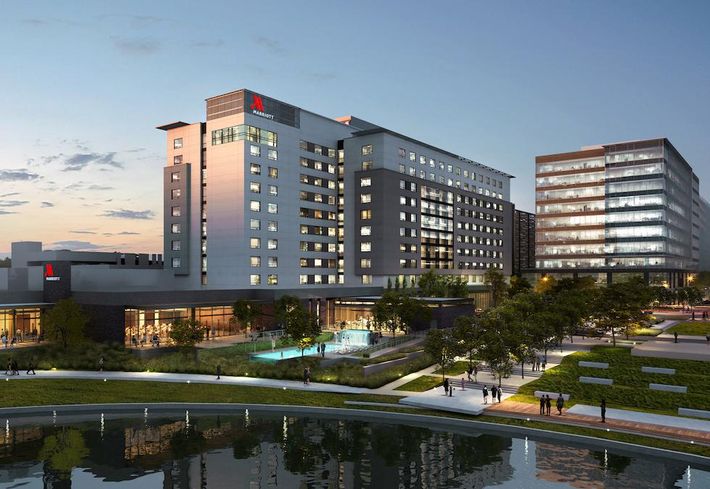 Houston is home of many projects that embrace this growing trend to blend housing, retail and office space to create an all-inclusive district. In advance of Bisnow's Retail & Mixed-Use event Oct. 18, we looked at two thriving mixed-use projects.

"We are trying to build a complete community," said Warren Wilson, executive vice president of CDC Houston, the owner and co-developer of Springwoods Village.

Since breaking ground about eight years ago, Springwoods Village has transformed into a massive mixed-use environment that houses several multifamily and single-family housing projects, hotels, restaurants, shops and major employment hubs in Spring. And, it continues to expand.

The hotel features one presidential suite, two executive suites, 12 junior suites, 192 King rooms and 130 Queen rooms. The M Club rooms on the higher levels offer lake views and access to the M Club Lounge on the ground floor. It touts more than 30K SF of flexible indoor and outdoor meeting space, and guests and visitors will have access to the only full-service restaurant in the CityPlace area, Switchouse Plates and Pours.

“Because the design, décor and restaurant and bar experiences have been inspired by the local railroad history and natural surroundings, this property has a true sense of place and gives locals and visitors a memorable place to meet, dine and stay,” Scovell said in a release.

(Hotels are increasingly popping up in mixed-use: Thompson Houston, a luxury hotel by Thompson Hotels, will serve as a centerpoint of DC Partners' $500M mixed-use project planned near Allen Parkway and Gillette that will also include Class-A office space and a residential tower.)

Several projects are still under construction within the district, including a 150K SF, multi-tenant office building and an expansion of CityPlace at Springwoods that includes Star Cinema Grill.

The mixed-use nature of Springwoods Village has made it more attractive to employers, Wilson said. Several companies, such as ExxonMobil and Southwestern Energy, have relocated to the area and the ABS headquarters and HP Inc. campus are slated to be completed in the coming weeks.

"It seems that the companies, employees, residents and visitors prefer a mixed-use environment with a variety of live-work-play options," Wilson said.

These relocations reflect a growing trend of employers moving from an older building in some cases in less urbanized areas to state-of-the-art buildings with on-site amenities and convenient access to coffee shops, restaurants, bars and other retail concepts. Being in a mixed-use environment helps companies retain employees and attract top talent, Wilson said.

"It used to be that corporations built these expansive campuses in outlining areas," he said. "It seems like the trend has moved away from the isolated campus where everything is on-campus to a setting where you are a part of mixed-use and part of a complete community." 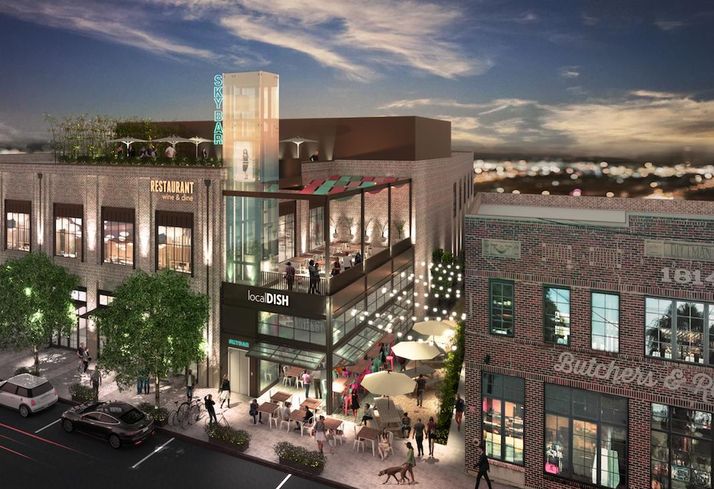 Sawyer Yards takes a different approach to mixed-use development by embracing adaptive reuse to convert existing industrial buildings into a 350K SF mixed-use campus in the Heights that leans heavily on retail.

"In addition to having tenants that provide an interesting experience, we think our building themselves are something interesting and not the typical new retail construction you see in Houston," Lovett Commercial Vice President Erin Dyer said.

The latest redevelopment projects, 1818 Washington Ave. and 1201 Oliver St., are expected to break ground later this year. The newest tenant announced will be an ax-throwing concept at the Oliver Street development, Dyer said. Other tenants include a New Orleans-based brewery, a local cidery and a barbecue restaurant.

Retail-first is increasingly becoming a common mixed-use theme in Houston; H-E-B plans to anchor at least two new mixed-use projects. Buffalo Heights District is nearing the completion of the seven-story tower that will feature the urban prototype H-E-B, an office component called One Buffalo Heights and an upscale residential community, St. Andrie. Bisnow reported early this year the grocer will team up with Midway again for a mixed-use development in Upper Kirby.

Curating the right tenant mixed is critical to the success of a mixed-use environment, Dyer said. Unlike traditional retail centers, Sawyer Yards shifted away from chain retailers and restaurants to more local and regional concepts.

"One right tenant leads to more great tenants," Dyer said. "It is saying no to deals and certain tenants because they are not the right fit for the character of the project."

Learn the industry tricks and secrets to developing and managing a mixed-use project at Bisnow's Retail & Mixed-Use event on Oct. 18.