What is normally considered a boring government function has under Cook County’s Fritz Kaegi become the center of controversy and debates that will likely stretch out for several more years as he continues to reform the practices of his predecessor, Joe Berrios. Kaegi was on message at Bisnow’s Chicago 2020 Forecast event Wednesday, reiterating his mantras of transparency and uniformity. 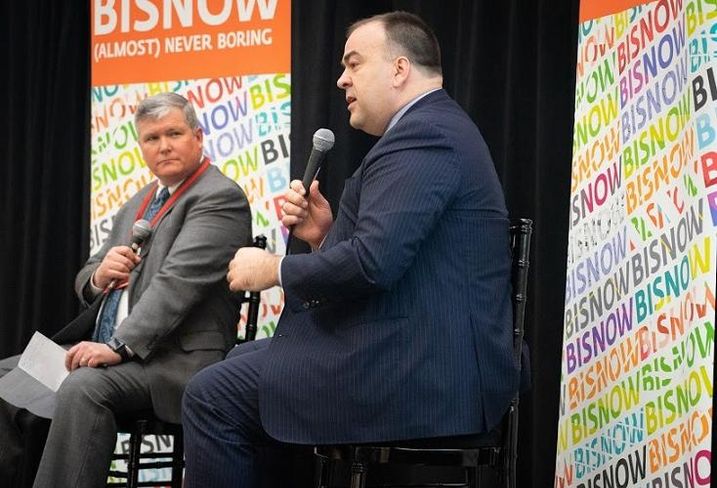 Kaegi said in the past, some owners, especially ones with high-powered, connected lawyers, could expect favoritism from the assessor’s office. He said that has to end, because the practice makes it difficult to predict a given property’s assessed value, and how that will impact the eventual amount of taxes owed, Kaegi said.

“That’s the original sin of this office.”

The key to achieving uniformity is good data, Kaegi said. He asked property owners to voluntarily submit data on the new Real Property Income and Expense Form, which the assessor’s office will debut on its website Jan. 27, and made a pitch for his data modernization bill. Cook County historically tries to piece together much of the data needed to make assessments from outside sources such as CoStar and Trepp, but that method leaves out vital stats, and the bill would require commercial property owners to submit data on rental rates, occupancy levels, concessions, net operating income and other benchmarks.

The bill did not make it through the legislature last year, but Kaegi and his allies will be back down in Springfield over the next few months to make another push.

Gathering that kind of data is the industry norm, he added, including in the jurisdictions where many developers and investors now say they want to shift some of their business, especially Sun Belt cities, partially due to tax concerns.

Kaegi also promised the crowd that every taxpayer will be able to see exactly how the county staff calculates property values. His office recently unveiled its property tax simulator, which allows users to calculate likely future tax payments based on a number of variables.

Several attendees asked Kaegi why the many reforms proposed in the past year can’t come in phases, and take some of shocks out of the system.

“There are baked-in phases to all of this,” he said.

Based on the county’s triennial system, the first assessments were done for the northern suburbs in 2019, with the southern suburbs coming this year, while Chicago and its valuable downtown won’t undergo reassessment until 2021, with no impact on taxes until 2022, basically the entire length of his term.

Ultimately, Kaegi hopes to transform the assessor’s office from a hotbed of controversy into a job that mainly involves managing a predictable process, one not clogged with appeals, where building data flows in and assessments are quickly calculated and sent out.

“My friends on the East Coast don’t know who the New York City assessor is, and that’s the way it should be.” 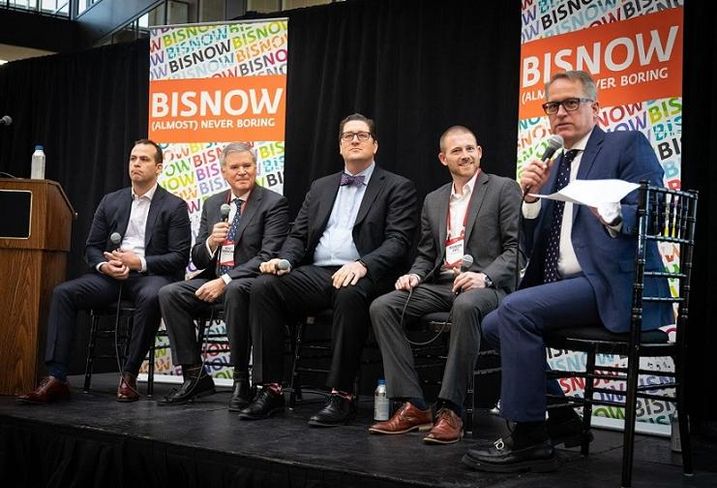 Kaegi was received politely, but most believe his reform effort, which saw the assessed values of some north suburban properties more than double, will inevitably increase taxes. That makes it one of the few dark clouds hanging over the Chicago region’s 2020 commercial real estate market.

Marcus & Millichap Vice President of Investments Stephen Lieberman kicked off the forecast portion of the event by noting the vacancy rates in both the multifamily and industrial sectors were at or near historic lows, and even more impressive, multifamily developers delivered around 9,000 units last year, but the market absorbed about 12,000.

Amidst all that good news, single-asset deal volume fell 42% year-over-year in Cook County in the first three quarters of 2019, Lieberman said, citing Real Capital Analytics data. And although about $7B worth of office product was on the market in 2019, most of it went unsold, as investors balked at the uncertainty over taxes, leading many owners to instead refinance their properties.

That means much of the Chicago-area market is in a strange place, where demand from tenants in most sectors remains quite strong, but investors have decided to stay on the sidelines.

“They took an attitude of, ‘we’ll wait and see what happens,’” Riverside Investment & Development Executive Vice President Kent Swanson said. He advised people to keep a close eye in 2020 on the investment market in Schaumburg and other northern suburbs, where the tax situation is likely to clear somewhat as their new assessments take hold.

Still, investment woes aside, optimism reigned at the forecast event, especially about the prospects for downtown Chicago.

“The headline is really the [Old] Post Office,” SmithGroup principal Matt Dumich said. “That was a game-changer by creating a whole new submarket. The South-West Loop is a place to look out for.”

601W Cos. opened its massive redevelopment of the 2.5M SF Old Post Office near year’s end, after signing deals throughout the year with firms such as Uber Freight, PepsiCo and the Chicago Board Options Exchange.

In addition to local demand drivers such as the continued expansion of new submarkets, the overall macro outlook is solid, as long as there are no sudden black swan events, such as war with Iran and disruption in the oil market, or more trouble with North Korea. That is a change from the past several years, when recession fears loomed, and recent actions from the Fed may also play a role.

“When have you ever seen a Fed cut rates in a sub-4% unemployment market?” CoStar Group Director of Market Analytics Brandon Svec said. “This is the first time in a while that economists are not looking for a recession next year.”