People have spoken about a possible recession for years, and though the much-talked about downturn stubbornly refuses to appear, Belgravia Group Chairman Alan Lev believes a host of worries, including trade wars, political instability and rising construction costs, means this is not a time for complacency.

And as developers and investors try to prepare for softness, many are turning away from Chicago, looking south for opportunity and stability. 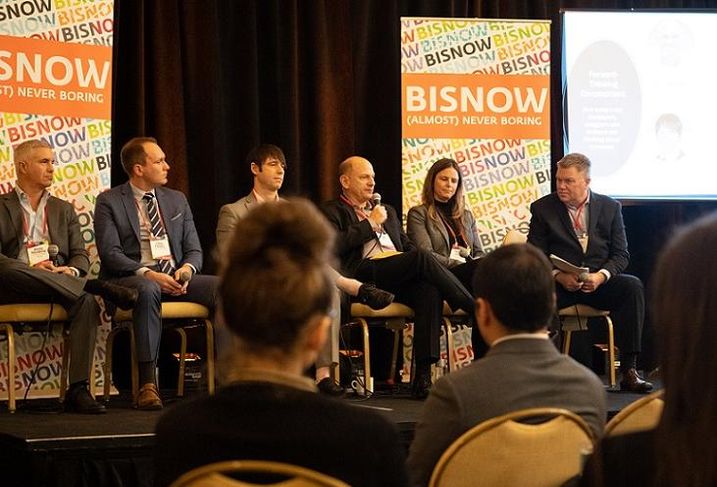 “I don’t think the next recession will be as deep as the last one, but it’s going to happen,” he said at Bisnow’s Multifamily Annual Conference Midwest Thursday at the JW Marriott Chicago. “Don’t think you are smarter than the market, and with the number of risk factors increasing every year, it’s a time to be disciplined and not get too far out over your skis.”

Cautious messages came from panelists throughout the daylong event. But even though it was agreed commercial real estate firms need to prepare for a slump, most also felt that it will have a far different character than the Great Recession.

Brian Goldberg, a partner with LG Development Group, pointed out that in the run-up to the 2008 collapse, developers created a vast number of condos and single-family homes, whereas in the past decade many focused on trophy offices and apartments, among several other sectors. And with the tech office boom, led by firms like Google, showing no sign of slowing, and long-term demographic changes creating deep pools of demand for rental units, today’s economy seems more resilient, so the next recession will likely be a soft one. 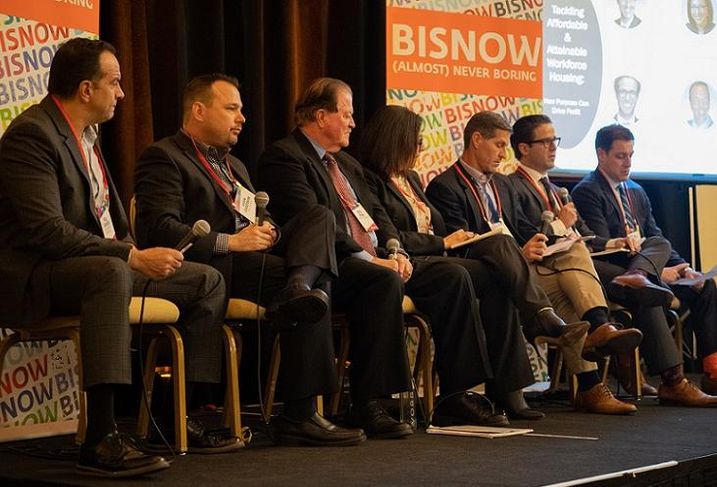 BKV Group Associate Partner Renato Gilberti said he has already seen some signs of a slowdown, at least within the city of Chicago. Although new multifamily construction continues to boom, he has noted less new design work being done, meaning there may not be as many projects coming out of the ground once developers finish the current batch.

In addition to concerns about how national and international events will impact the local economy, hovering over every discussion about Chicago’s future is the city’s burdensome pension obligations, and whether taxes will go up to meet the necessary payments. On top of that, most commercial real estate landlords feel it is likely new Cook County Assessor Fritz Kaegi will put more of the tax burden on their properties in favor of homeowners.

“Everybody knows the issues, so I don’t need to rehash them,” Lev said.

What institutional investors and bond rating agencies want to see, he added, is for Mayor Lori Lightfoot to get together with Gov. J.B. Pritzker and other political players and put together a long-range solution that removes once and for all the cloud of uncertainty over Chicago.

“Someone has to take a real look at what’s going on and come up with a five- to 10-year plan.”

Lev has seen a slowdown in activity among problems like these, and said that although Belgravia is quite active in the Chicago market, and still sees opportunities here, other local developers are now taking serious looks at potential projects in growing cities that don’t face rising property taxes or soaring construction costs.

“They are going to where they think the opportunities are, cities like Nashville and Phoenix, and it does not bode well for Chicago that people are feeling that way.”

“Every developer I have a conversation with, in the first three minutes, Nashville comes up,” Clark Construction Vice President Chris Phares said. 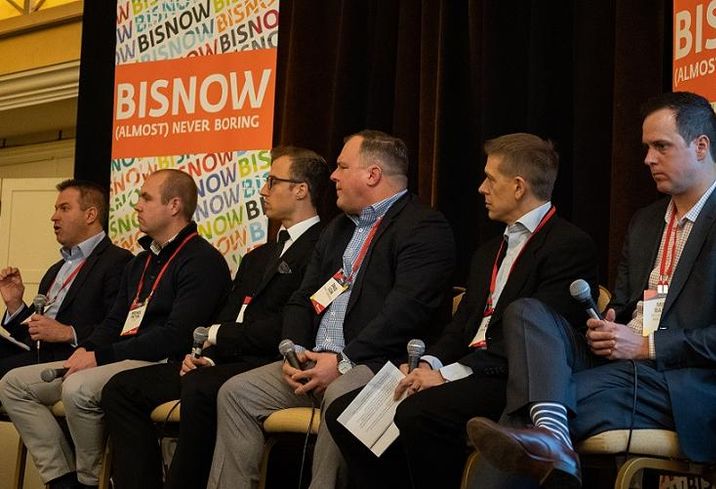 So far, the Chicago-area slowdown has been minor. After completing about 9,200 rentals in 2018, developers expect to complete around 8,400 this year, according to a Marcus & Millichap forecast.

Gilberti believes several portions of the Chicago market are likely to remain healthy. There is still a great deal of interest in satisfying the strong demand for rental units in suburbs, such as Naperville and Elmhurst, with quick and easy access to trains headed downtown, he said.

Most panelists preached the virtues of diversification, and said it would help keep firms afloat if the region’s multifamily market begins evaporating. And there are opportunities for builders, even if the multifamily sector falters, according to Cullen Construction Management President Shaylyn Cullen. She especially sees opportunity in the Chicago region, which will soon see massive infrastructure projects get underway, including the construction of a new terminal at O’Hare.

“The work will be out there, we just have to be creative in how we seek it out,” she said. 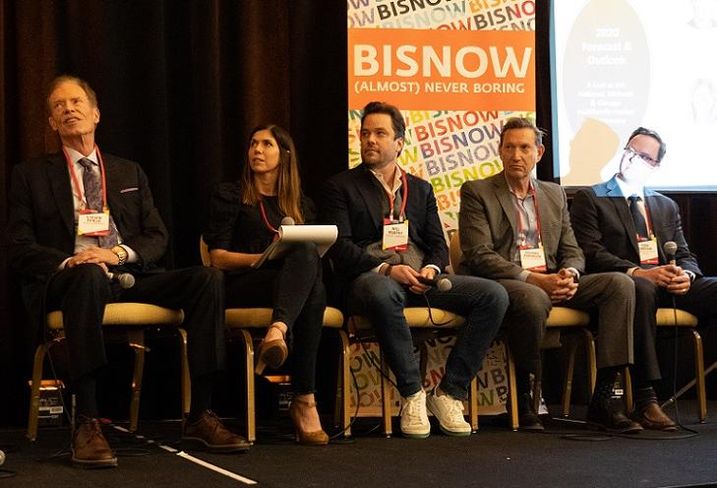 If new development does begin to slow, controlling costs will become even more important, Cullen said. She advised builders to rethink how they approach new projects, and begin gathering early on all the players involved, including architects, designers, engineers, contractors and subcontractors, so they can resolve disputes over small issues, such as the kind of glass used, without hindering progress.

“The earlier you make these decisions, the easier you can control costs,” Cullen said.

Construction costs have increased 4% in Chicago and 3.9% nationwide over this time last year, according to Mortenson Construction’s latest cost index.

Both Goldberg and Lev touted the increasing importance of technology, including the use of 3D imaging techniques, as well as modular construction, and hope today’s cost pressures push builders to finally start adopting these tools.