Philadelphia's skyline changed in significant ways in 2017, but that does not even scratch the surface of the year that was in commercial real estate. These are the stories that drove the news cycle and the water cooler conversation in this city.

10. Activity up and down the Delaware River waterfront 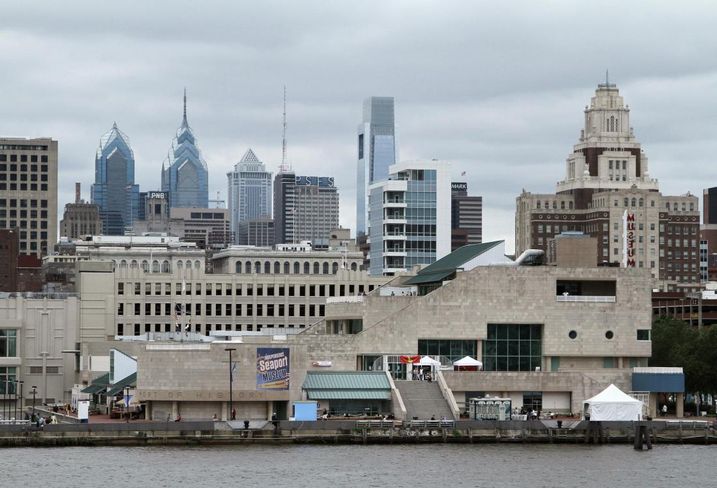 Though it seemingly will always be the second-most-important waterfront for development in Philadelphia, the banks of the Delaware River became a spot of intrigue, planning and deals in 2017.

Most significantly, Mayor Jim Kenney gave a kick-start to the plan to cap off a portion of Christopher Columbus Boulevard and Interstate-95 with a park by pledging $90M to the project. The development that such a park could inspire could dramatically reshape the area.

A proposed development of 10 high-rises would be even more ambitious — so much so that it would require a zoning change — but the bill to make that happen has been delayed, and the man behind the proposal, K4 Associates' Jeffrey Kozero, has a not-so-spotless record of following through on his proposals.

In terms of deals that have actually happened, New York power player The Durst Organization bought a stretch of land for a long-term hold, its first acquisition of any kind outside of its home city, which symbolizes the increased interest from outside parties Philly has drawn in the past year-plus. 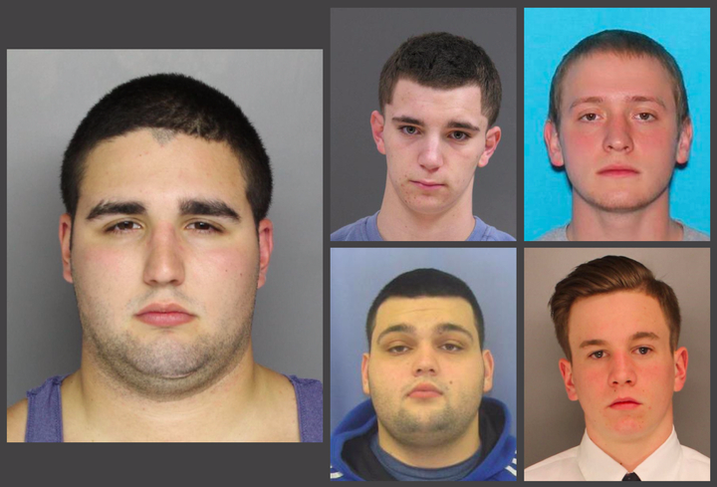 The sordid story of 20-year-old Cosmo DiNardo's murder of four men was among the most-read stories on Bisnow in 2017.

DiNardo shares a name with his grandfather, who built a portfolio of Philadelphia-area assets starting in the 1970s, but became the most notorious member of the family when he shot and killed four men who allegedly had come to him to buy marijuana.

DiNardo burned and buried the bodies on his family's property in Bucks County before he was arrested for attempting to sell a car belonging to one of his victims. He confessed to the murders to avoid the death penalty. 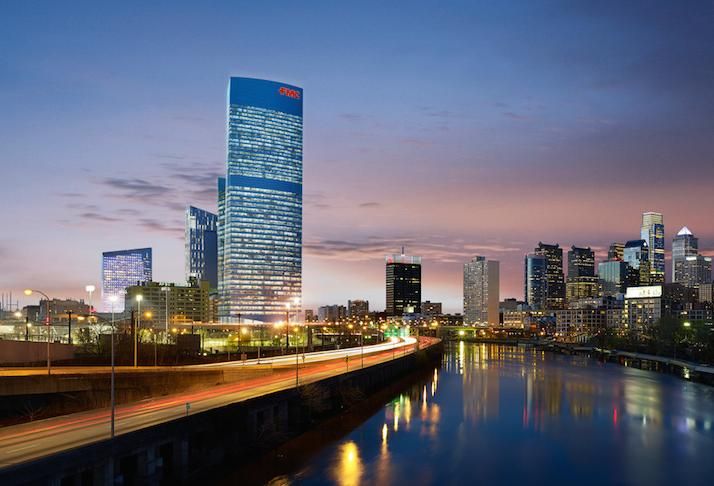 Brandywine Realty Trust's FMC Tower delivered near the end of 2016, and it took less than a calendar year to be fully occupied.

Along with anchor tenant FMC — one of the few companies to have crown signage on a building in the city — and Nasdaq, which signed leases in the building before completion, Philly-grown gene therapy company Spark Therapeutics also took space in the tallest building west of the Schuylkill River.

Brandywine moved its own headquarters into the tower, from where it can literally oversee progress on Schuylkill Yards (more on that later). FMC Tower's success at luring tenants stands in contrast to some other office buildings at the top of Philly's market, where new product is fighting with more established buildings for major occupants. 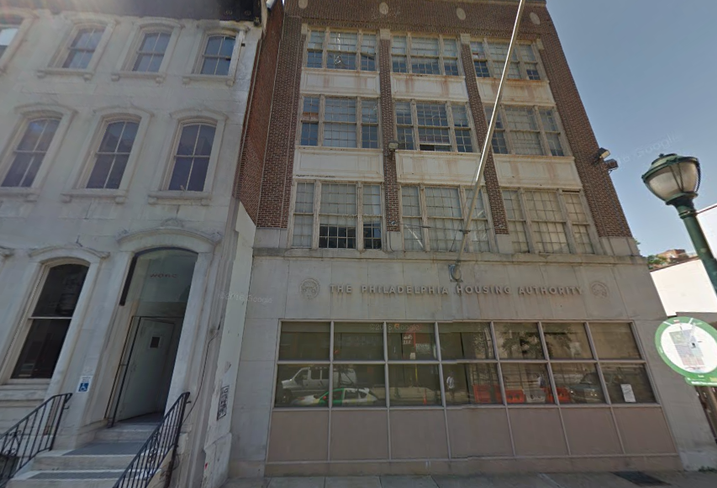 Like essentially every major city in the country, Philadelphia is suffering from an affordable housing crisis.

Rather than experiencing a total lack of affordability, Philly has seen affordability evaporate in developing areas while the bulk of affordable housing is in economically challenged areas, with many of the apartments poorly maintained. To combat this discrepancy, the city had allowed developers to add height to new buildings beyond what was zoned in exchange for setting aside some units as affordable.

When that plan resulted in almost no units — and an ignominious reversal at One Water Street — City Councilwoman Maria Quinones-Sanchez introduced a bill that would require all new developments to set aside at least 10% of their units as affordable. The bill was met with outcry from developers.

As a compromise, Quinones-Sanchez and her co-sponsors amended the bill to only affect Center City and University City, and to allow developers to pay into the Philadelphia Housing Trust Fund as a workaround for including affordable units. Developers were still against the idea, and this time neighborhood associations agreed. Community advocates supported the amended bill, however, and it passed a rules committee vote on Dec. 5. The full City Council will vote on the bill next year. 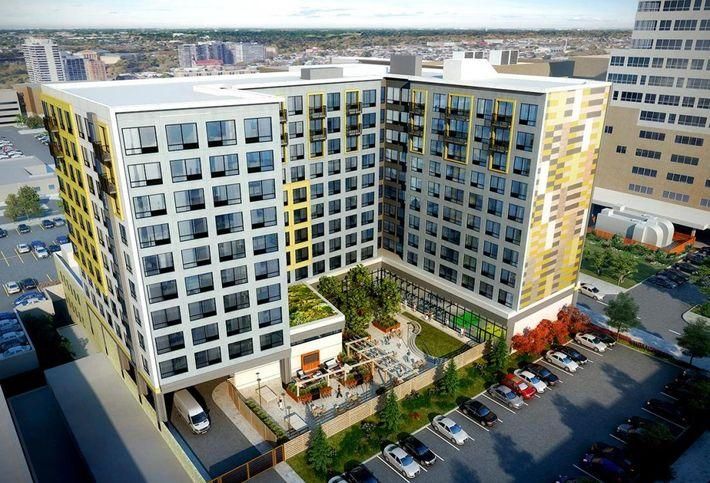 Courtesy: MY Architecture
A rendering of the first phase of Radnor Property Group's The Hamilton

It looks like the stretch of North Broad Street all the way up to Spring Garden Street is set to become a true extension of Center City.

The rash of multifamily developments either starting or being announced got going in 2016 and picked up speed this year. Radnor Property Group broke ground on an apartment project a block away from North Broad in conjunction with Community College of Philadelphia, Parkway Corp. announced plans for a $300M project at North Broad and Spring Garden, and PRDC did the same for an industrial conversion at 13th and Wood streets.

Farther north, a historic building is becoming a smaller multifamily project. The density of construction has become such that, to the east, Arts + Crafts Holdings is planning on converting a series of older industrial buildings into offices and retail a substantial walk away from any subway station, betting that the new nearby residents will make the walk over to activate the area.

5. The new tallest building in Philadelphia 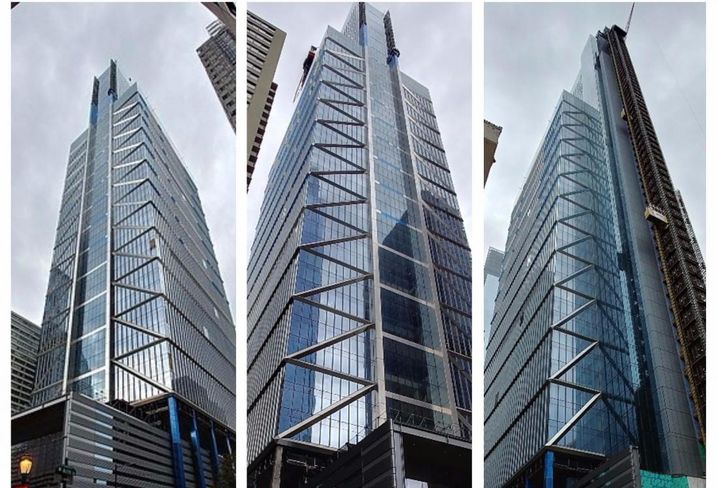 It did not come without hiccups, but the Comcast Technology Center officially passed Comcast's first skyscraper to become the tallest building in Philadelphia.

The CTC is scheduled to be completed in 2018, at which point it will house research and development for Comcast's forays into emerging technologies, television studios for the company's NBC and Telemundo affiliates and a Four Seasons hotel, plus the most exclusive private condo in the city for Comcast CEO Brian Roberts.

If you think the two tallest buildings in the city is enough for Comcast, think again: not only is the telecommunications giant expanding its lease in nearby Two Logan Square, it is reportedly assembling land for a third skyscraper in the area. Philly's largest company looks to hold that title for the foreseeable future. 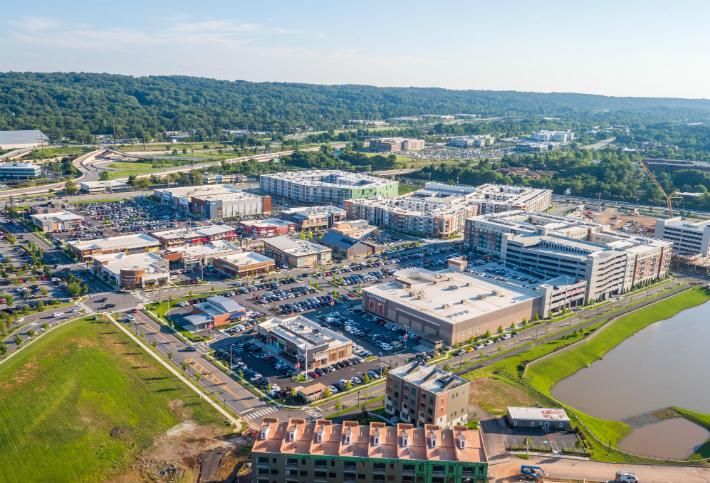 Though it contains one of the most successful malls in the country, King of Prussia spent years as an afterthought in terms of office and multifamily real estate when compared with more established Philly suburbs like Conshohocken and Radnor.

With the delivery and early success of the King of Prussia Town Center, all that seems to be changing. The dining-focused, walkable, outdoor shopping community is the center of a mixed-use mega-development, which has already produced multiple Class-A apartment buildings.

Meanwhile, while KoP's office rents still trail behind the aforementioned trophy suburbs, they have hit record highs, and it looks more and more like the regional rail system will add a branch to service the town. If that happens, watch out. 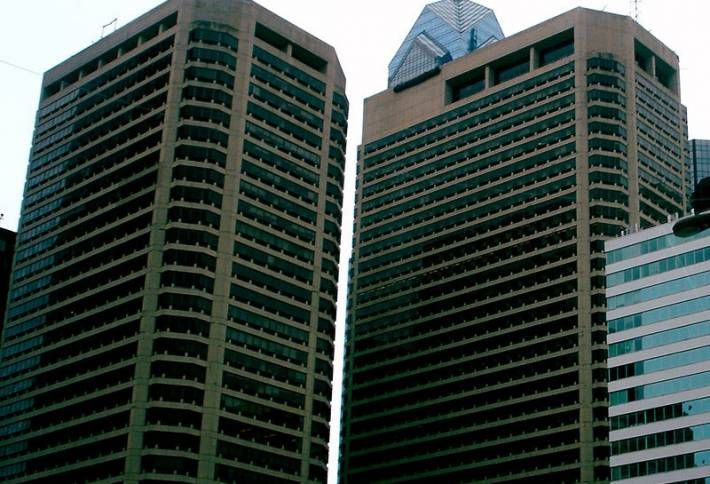 The dual towers that make up the Centre Square office complex across the street from City Hall entered the record books as a symbol of growing investor interest in Philadelphia.

New York-based Nightingale Properties purchased the buildings, constructed in 1974, for $328M, which is the second-most-expensive transaction in the city's history, behind Brandywine Realty Trust's sale of the former 30th Street Post Office to Korea Investment Management Co. at $354M in 2016. But in terms of square footage, Centre Square is the largest transaction ever in Philadelphia.

Nightingale plans to execute extensive renovations to the buildings, which, despite their price tag, look out of place with the glassy skyscrapers that have cropped up since the 1970s. If Nightingale flips Centre Square after an update, chances are it could change the record books a second time. 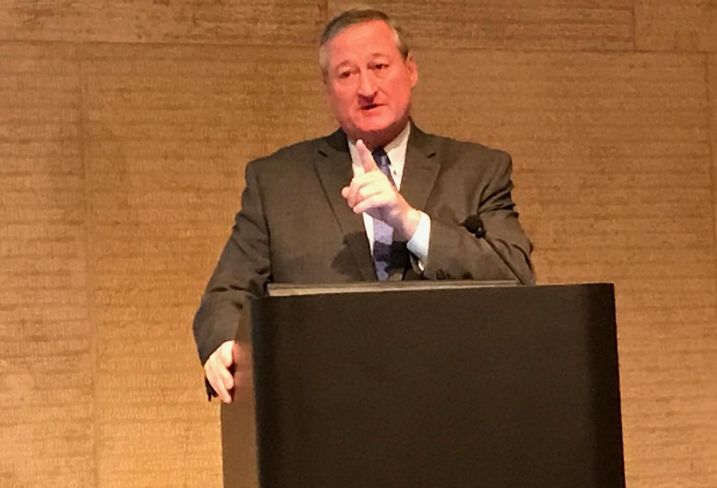 Wherever it lands, Amazon HQ2 will change the fabric of a city. With the number of boxes it checks from Amazon's request for proposals, Philly likes it chances, with Mayor Jim Kenney going so far as to say "We're gonna win this" at the city's official announcement for its pitch to the e-commerce giant.

The three sites the city pushed forward as landing spots for HQ2 were Schuylkill Yards, uCity Square and the Navy Yard — the former two in the heart of University City and the transit options there, and the third a blank canvas with plenty of green space at the south end of the city.

Amazon will likely make its decision in the first half of 2018, but Kenney and several prominent city figures promise that whatever the result, its collaborative efforts to showcase itself as a welcoming business destination have set a blueprint for future recruitment efforts. 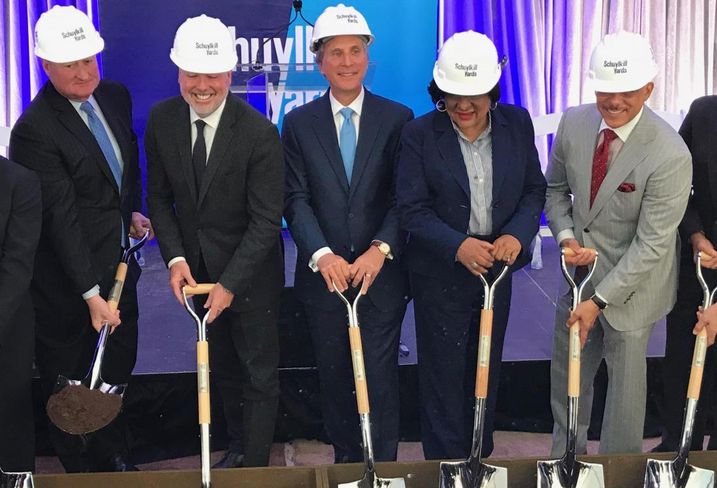 Schuylkill Yards, Amazon or no Amazon, has a chance to be the most significant development in Philadelphia's history. Nearly two years after it was announced, work began with a groundbreaking on Nov. 8.

In total, the collaborative project between Brandywine Realty Trust and Drexel University is expected to cost $3.5B, contain 5M SF of development and take 20 years to fully complete. The first phase will include a public plaza just north of 30th Street Station, to be called Drexel Square, and the redevelopment of the Bulletin Building overlooking the plaza at 3001 Market St.

Schuylkill Yards, as ambitious as it is, will be just a part of the 50-year 30th Street Station District Plan that will completely remake the area north of the station if it is completed. Though shovels have only just hit dirt, the project's staggering implications for the future make it the biggest real estate story of 2017.