8 Projects Bringing Construction Activity Up And Down Philly's Broad Street

Broad Street is one of the iconic thoroughfares in Philadelphia, but for decades, it was not a place one would associate with commercial real estate development, at least outside of Center City. Now, the whole corridor is undergoing a transformation. Here are some of the main drivers. 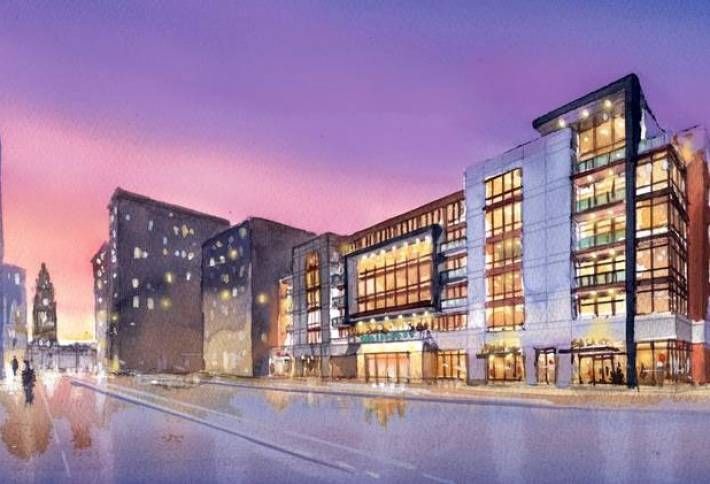 At the corner of Broad and Callowhill rises two six-story multifamily buildings, a co-development between Hanover Co and Parkway Corp. The ground floor of each building will consist of retail. Combined with Parkway’s just-announced project a couple of blocks north at Spring Garden, Hanover North Broad represents a serious effort to extend the density of Center City north along the Broad Street Line. Having broken ground in early 2016, the complex is accepting tenant applications. 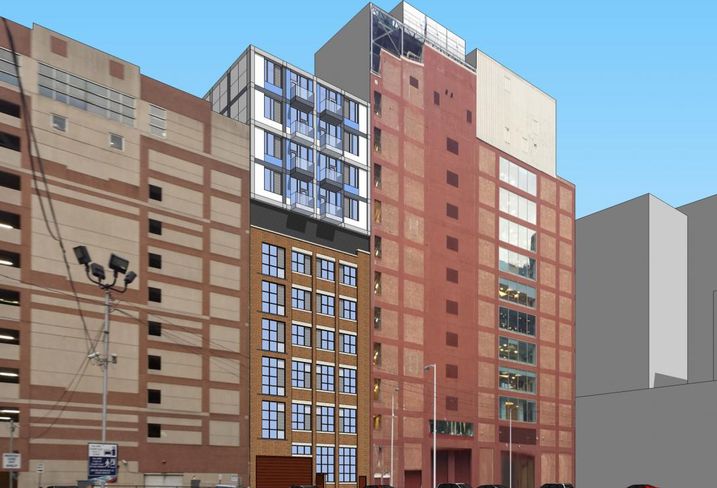 Just across the street from the convention center, what used to be a parking garage is now a $20M redevelopment into a residential tower with ground-floor retail. In addition to the renovated garage, four new floors will be added on top, in the form of a “glass cube,” to make a 101-apartment multifamily building. Though the massive East Market development is going up on the other side of the convention center, the Broad Street side promises to have a new look as well before long. 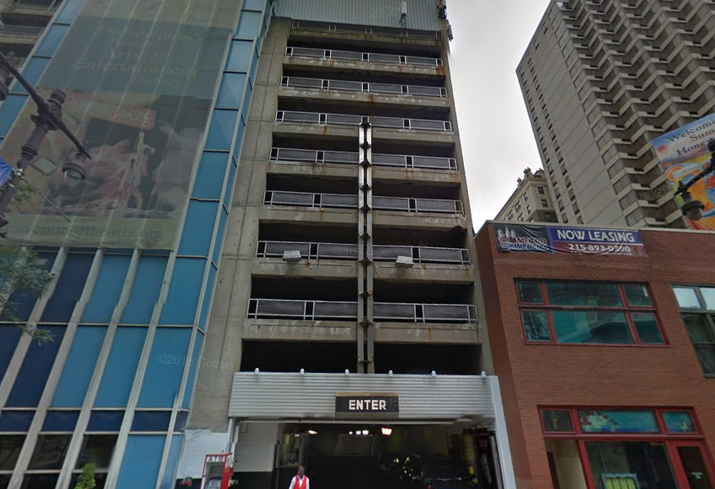 Pearl Properties broke ground in 2016 on a 222-room Cambria Hotel at Broad and Locust streets, smack dab in the Avenue of the Arts section of Broad. The new luxury hotel’s prime location will make it a logical home base for tourists as well as those with business in City Hall, just a couple of blocks away. Much like the above multifamily development, the Cambria will stand in a place once occupied by a parking garage. Let’s just say it’s a good thing Broad Street has its own public transit line. 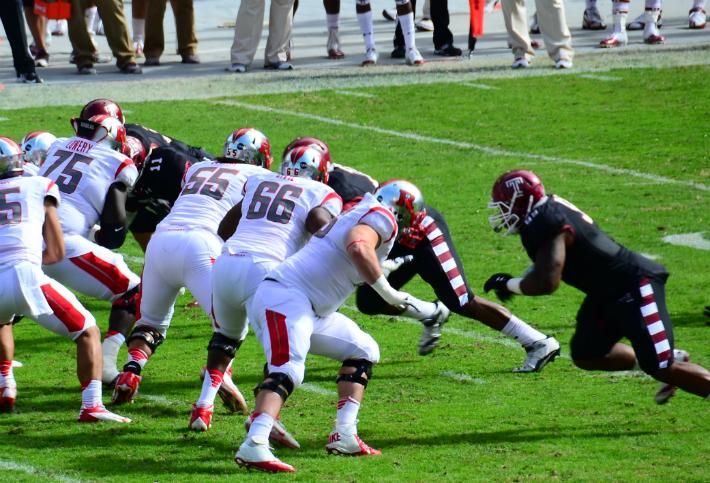 Temple has proposed a new football stadium up North Broad. Closer to campus than the team’s current home at Lincoln Financial Field, the new stadium would also be more appropriately sized for the Owls, with a proposed capacity of 35,000 seats. The project is slated to cost $126M, but Temple has promised an additional $300M to help revitalize the area surrounding the stadium. Protests from some students and residents have stalled the plan, but Temple officials say they are moving forward with studies and plans to minimize harmful community impact. 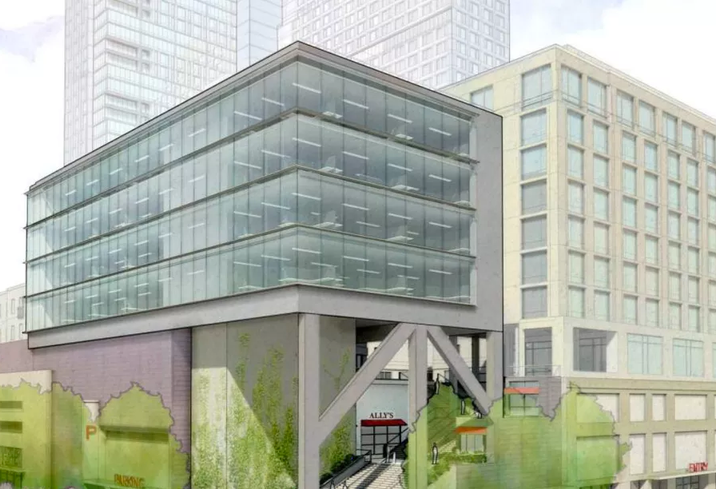 For nearly three years, Bart Blatstein has been trying to move forward on his planned 32-story mixed-use project, with a retail village elevated off the street. If or when it happens, it would be the biggest of three planned developments at the corner of South Broad and Washington streets, but it has been beset with concerns from neighborhood associations and the Civic Design Review committee over its unorthodox design. These delays have brought uncertainty into the project’s financing situation, but as far as we know, it’s still in Blatstein’s plans. 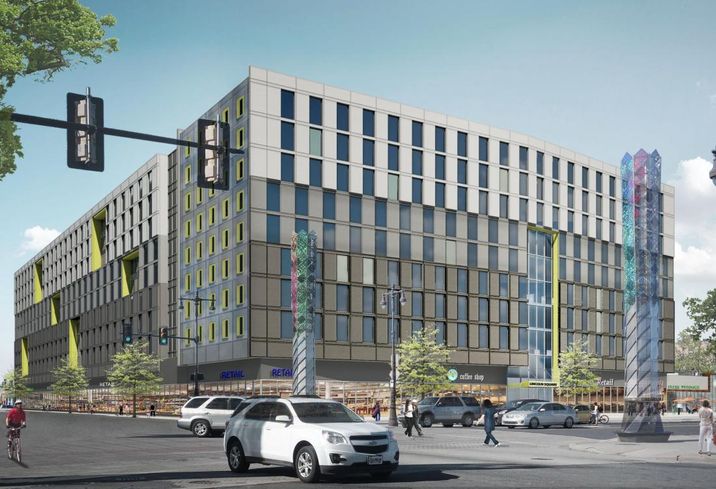 Far less star-crossed than its proposed neighbor at Broad and Washington, Lincoln Square has passed Civic Design Review and will break ground early this year. It’s set to have two structures — one a large, new mixed-use building with two floors of retail below more than 300 apartments, and one a grocery store built into the historic train shed that gives Lincoln Square its name — it was where Lincoln’s body stopped in Philadelphia on its mourning tour after the president was assassinated. 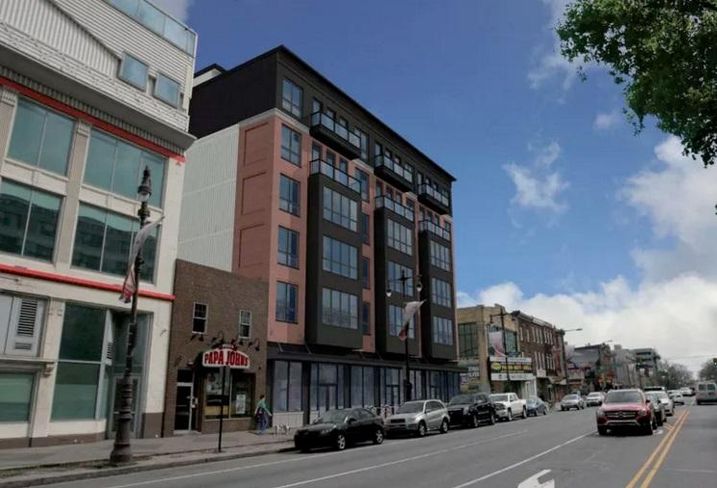 While Lincoln Square impresses and Blatstein’s project flounders, a third, smaller mixed-use project flies under the radar. Comprised of 53 apartments and 1,900 SF of ground-floor retail, it may be dwarfed by its neighbors at Broad and Washington, but it’s still part of a massive revitalization of what will become one of the busiest corners, construction-wise, in Philadelphia for the next few years. It will extend Broad’s commercial corridor further south, and more growth could be expected in nearby blocks. 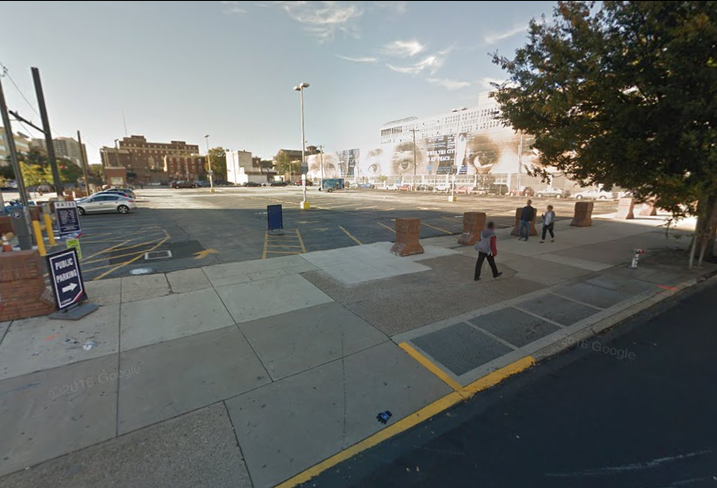 Just announced this week, Parkway Corp has proposed a nearly $300M mixed-use project, with massive residential and office components, all tied together by ground-floor retail. 586k SF of planned office space is the most ambitious notion north of Blatstein’s proposal, but if Parkway can pull it off, it would create another live/work/play environment outside of Center City and cement Broad Street as the north-south equivalent of Market Street — a thoroughfare that invites large construction density past the normal boundaries of Philly’s central business district.