King Of Prussia Is Now About More Than Just The Mall

The King of Prussia Mall, home to more retail space than any other mall in the country, remains a shining beacon of shopping in a region and country where brick-and-mortar merchants keep losing ground to e-commerce. But the mall may no longer be the most important place in town. 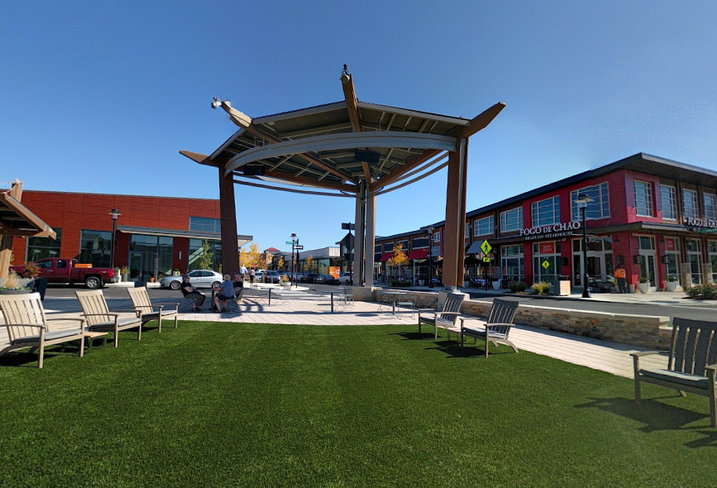 “The mall plays a big role in the activity in King of Prussia, but more so than that, at this stage, King of Prussia Town Center is playing an interesting new role in the diversification of the submarket,” JLL Philadelphia Director of Research Lauren Gilchrist said.

The town center is an open-air retail and dining complex centered around an open green, which gives the area more of a neighborhood feel than the adjacent mall, with its giant structure and vast parking lots. It will be the retail heart of the Village at Valley Forge, a 122-acre mixed-use complex that has 1,000 residential units under construction, a new branch of Children’s Hospital of Philadelphia and room to spare for future office development.

“The town center is the most important development we’ve had in the area in 30 years,” Korman Communities co-CEO Brad Korman said. “From a dynamics standpoint, most markets in the country have several, and we haven’t had any [suburban] mixed-use communities, so I think having the Town Center … makes it really important for our region.”

While the mall continues to bring in big-name retailers more than Center City — 50 more in the last year, thanks to its new expansion joining the central buildings — the town center’s atmosphere and walkability is what makes King of Prussia a viable competitor for renters.

“There are more people out and about during peak lunch hours, that’s for sure,” Lexi Cummins, who works in an office near the center, said. “It’s clear [developers] want it to be more of a live-work-play community, rather than a corporate destination, and it’s certainly going in that direction. I don’t think it’s quite there yet.”

Perhaps the last step in creating a live-work-play atmosphere would be building new office space in a more integrated fashion at the Village at Valley Forge, but market conditions do not seem to support it yet. KoP’s office vacancy rate sits at 15% both overall and for Class-A buildings.

“With a 15% vacancy rate in the Class-A space, it’s still a tenant’s market because there are a lot of options,” Gilchrist said. “I would anticipate seeing some capital investment in these existing assets before we see new construction.” 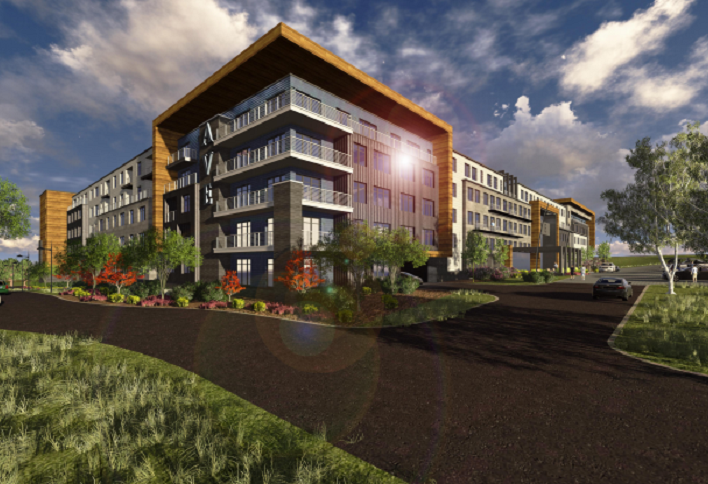 Average office rents in KoP are $27.50 per SF, behind suburban region leaders Conshohocken and Radnor at $29.90 and a step behind Bala Cynwyd and Plymouth Meeting. Currently, the office leasing environment is similar to towns like Malvern and Fort Washington, but none of them have the sort of multifamily activity, let alone retail, that KoP can boast.

Recently, Brandywine Realty Trust delivered the area's first new office construction in nearly a decade with a build-to-suit for Highway to Health, and any time such a dry spell is broken, it can be an important indicator.

“Brandywine has in many ways shifted their focus toward the central business district [with projects like Schuylkill Yards], so the fact that they’re building something new in the suburbs, and they chose to build it in King of Prussia is significant,” Gilchrist said.

Though the vacancy rate does not seem to beg for more construction, landlords may be thinking big with their available space.

“We tried to move our office to King of Prussia, and there was nothing available,” Korman said. “Most availabilities are for [larger blocks of space].”

With a glut of investors, driven out of central business districts by high prices, looking for value-add investments in the suburbs, acquisitions and improvements of existing office space could be the next step toward putting KoP on Conshohocken's level. But what the more expensive suburbs really have over KoP is easy regional rail access to the city, and that could be in KoP’s future as well.

“When [rail construction] happens, it’ll be a game-changer for a lot of people,” Korman said.