The LYNX Blue Line debuted 10 years ago this month with ceremoniously packed trains, and it has been shaping Charlotte ever since. 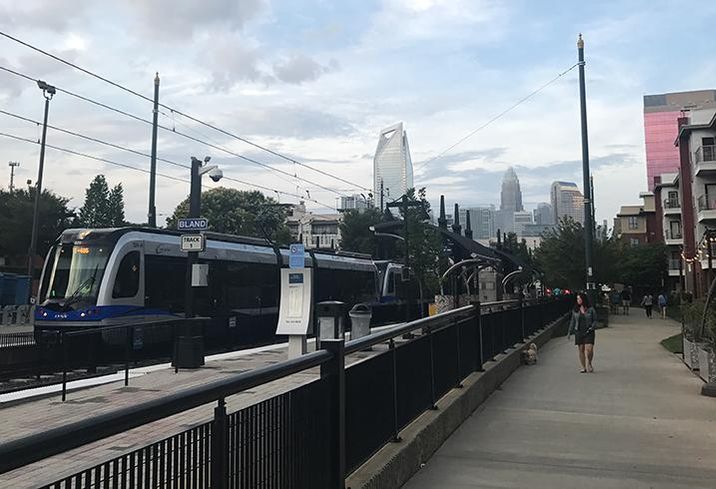 Development has swarmed along the rail line. The influx of high-density commercial, retail and residential has been anchored by the transit connecting the city center to its suburbs.

Among the recently announced, Flywheel Group is developing the Greenway District, 75 acres of mixed-use development that will focus on both Charlotte’s light rail and greenway systems.

Saussy Burbank shocked the Arts District, a former mill community, with recent news it will build $500K town homes on a site near the new Blue Line Extension.

The NRP Group is developing Parkwood Station, 309 studio and one-bedroom apartments, where nearby Wood Partners is building 261-unit apartments at 25th and Brevard streets.

LMC is developing a mixed-use project, including 432 apartments and 26K SF of retail, at the New Bern Station in South End.

“Charlotte deserves a great deal of credit for not only having the vision 15 years ago for a regional rail transit network, but more importantly, by making four phases of light rail and streetcar a reality is evidence of the Queen City’s can-do attitude,” Crescent Communities President of Commercial and Mixed Use Brian Leary said.

Crescent has several projects close to the light rail, including the new Crescent NOVEL NoDa at 424 East 36th St., just steps from the upcoming 36th Street Station; and NOVEL Atherton at 2100 South Blvd., near the East/West Station.

“Fixed, high-capacity transit, whether it be commuter rail, light rail, street car or bus rapid transit, supports greater density and a mix of uses, which provides greater access and mobility,” Leary said. “Because of this, we will continue to seek out those sites well-served by transit, and support bold expansion plans across every mode of transport.”

Plans are in the works to further enhance Charlotte’s transit system. Among the most notable: 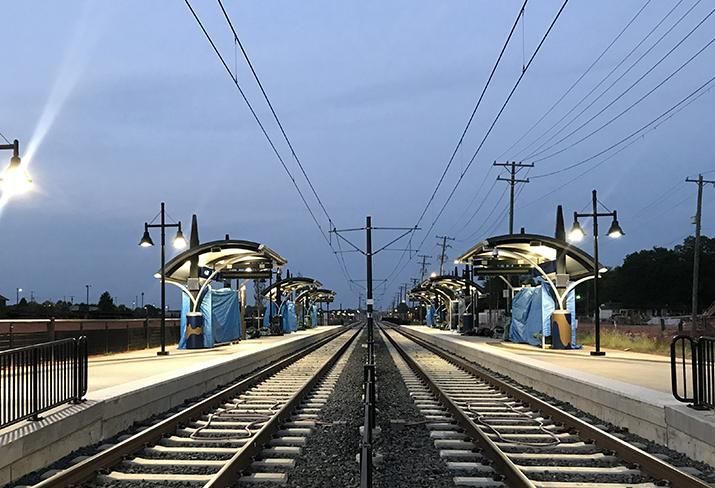 The Blue Line Extension is on target to open in March 2018, including 9.7 miles of track and 11 new stations. This section will connect Uptown to Optimist Park, NoDa, Northeast Charlotte and University City, and it will end at UNC Charlotte’s main campus. Four Park and Ride facilities will accommodate 3,100 drivers.

Charlotte Area Transit System workers tested the lines last month and confirmed everything is on schedule. Utilities and signalization are being finalized, and testing is being continued.

Travelers will be able to catch their rides within a couple of blocks from Johnson & Wales University, Bank of America Stadium and BB&T Ballpark. This will replace the Amtrak station on North Tryon Street and will lessen the crowds at the Charlotte Transportation Center on East Trade Street.

CATS has hired WSP USA to study the possibility for rail to Lake Norman and Charlotte-Douglas International Airport, and to determine ways all of the lines can connect Uptown. Major mixed-use developments have been announced near the airport.

A proposed Silver Line light rail would connect Uptown to the Southern Corridor, including Matthews. The proposed 13.5-mile, 13-station rail will run alongside Independence Boulevard.

Track work will begin in the middle of next year on the second phase of the Gold Line Streetcar, extending the Gold Line along Trade Street/Beatties Ford Road and ending just past Johnson C. Smith University, and also extending along Hawthorne Lane across Independence Boulevard, ending just before Central Avenue. Once this is complete, the Gold Line will be used by modern streetcar vehicles, similar-looking to the Light Rail vehicles.

Hear from Leary and other experts at Bisnow’s Charlotte State of the Market Event, 7:30 a.m. on Thursday, Feb. 8. The venue will be announced Jan. 8.