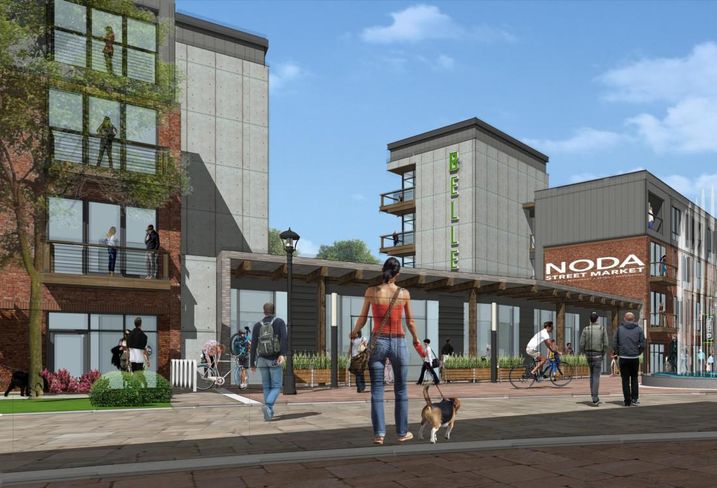 For those who cannot decide between proximity to the light rail or a greenway, a new choice will offer both.

Dubbed the Greenway District, a 75-acre transit-oriented development built on the industrial space between the NoDa community and North Tryon Street will incorporate mixed-use projects with the LYNX Blue Line Extension and XCLT trail system.

The project is led by Flywheel Group, a local development company responsible for the master plan. Flywheel Group President Tony Kuhn said he was drawn to the site's uniqueness.

“It is one of the only places in the entire region that has transit and greenway connection side by side,” he said. “We hope to attract businesses that want to locate in a more sustainable-type development, one that prioritizes interaction and relationships to the community, to nature and to other people within the community. And de-prioritizes the automobile.”

The Blue Line Extension is under construction with a March completion date. The alignment is 9.3 miles with 11 stops and four park-and-ride facilities. It extends from Seventh Street Station in Center City through the NoDa and University areas, ending at the University of North Carolina at Charlotte. 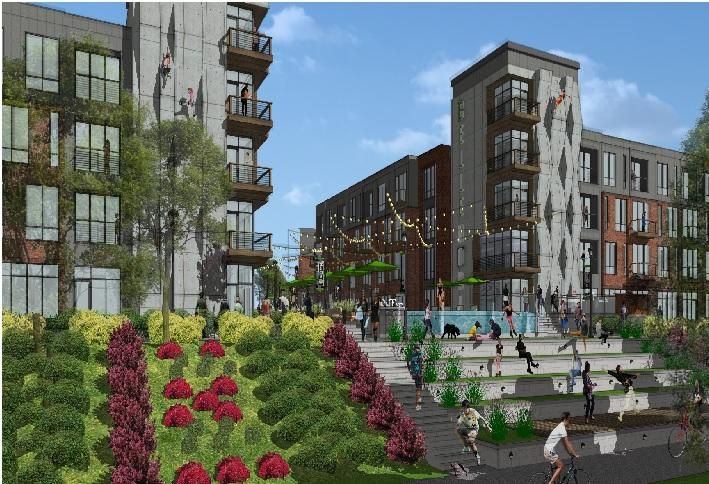 The build-out will be a $300M to $400M project with 2,600 residential units, 200K SF of retail and 600K SF of office. Plans for plazas and other recreational areas are included in 25 acres of green space. Although Kuhn is not ready to name other partners in the development, a residential project announcement is coming soon.

“The goal is to create a new way of thinking about development,” Kuhn said. “The Greenway District promotes multiple transit choices and prioritizes transit, pedestrian and bike options within the district.”