The Charlotte Douglas International Airport is one of the region’s biggest economic drivers, with 545,742 takeoffs and departures last year. But the land around the airport has long sat dormant. Until now. 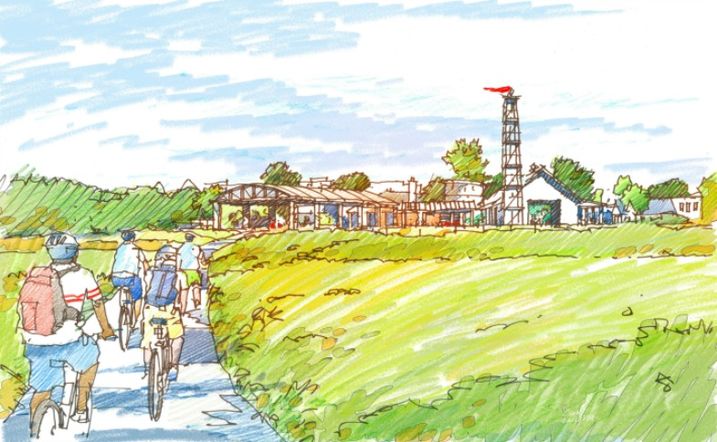 Overseeing the airport’s growth strategy is Aviation Director Brent Cagle, who said that over the years the airport has assembled surrounding properties because the Federal Aviation Administration requires that the immediate areas around the airport must be cleared of residential development. But it was not until the last few years that the airport had enough property to be able to market large tracts of land for development, which also coincided with growing interest in the area.

He envisions a strategic mix of commercial and industrial uses that will help spark regional business growth and connectivity.

Some of the details are laid out in the new Area Master Plan, which airport officials developed with the Charlotte City Council. The plan encompasses 25 square miles and about 1,000 acres, a good chunk of which the airport owns. The targeted area for development is bordered by the Catawba River to the west, Billy Graham Parkway to the east, I-85 to the north and Shopton Road to the south. Planning efforts are being led by MXD Development Strategies, a development consulting firm based in Vancouver.

Cagle said one of the first and most prominent developments is likely to be CLT Gateway, the “front door” to the airport. While plans are still in the preliminary stages, the area is envisioned as a heavy mixed-use district, with retail, hotel rooms, office space and an entertainment center.

Other commercial clusters to the south, east and west of the airport will focus on a similar mix of office and retail space, along with manufacturing, distribution and logistics uses, many of which will complement the Norfolk Southern Intermodal Facility. The $90M facility is between two airport runways and ships thousands of cargo containers via trucks and railways.

As these development plans continue to take shape, the airport is also doing environmental impact studies on building a fourth runway, which will require new roadway alignments. 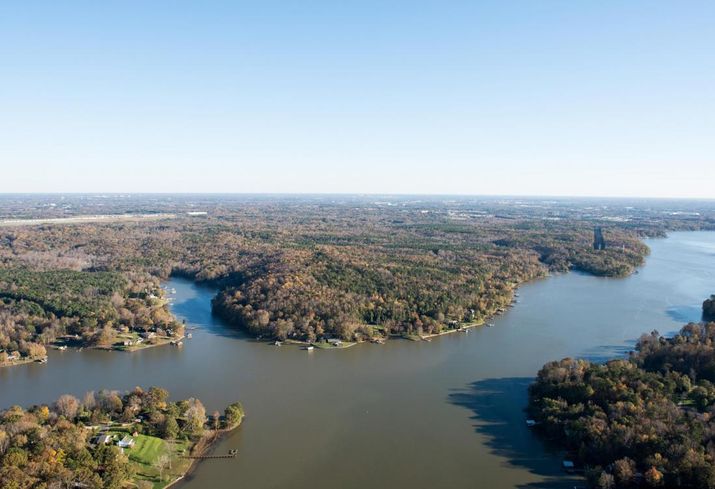 Courtesy of Crescent Communities
An aerial shot of the River District property.

Developers Crescent Communities and Lincoln Harris are partnering on a 1,400-acre mixed-use project known as the River District on one of Charlotte’s last frontiers for growth.

But several hurdles must be overcome before these ambitious plans can come to fruition. The property is off West Boulevard along the Catawba River on uneven, wooded land that is crisscrossed by many streams.

Crescent's team is collaborating with the airport to improve regional connectivity.

“We’ve been working closely with Crescent and Lincoln on the need to have good connectivity to allow traffic to flow in and out of the River District and the airport,” Cagle said. “We’re talking about a really large area that requires a lot of infrastructure. It will take time to transform this area, but the changes will be remarkable.”

Call said that with a healthy economy, continued growth of the airport and a boom in commercial, industrial and residential development in the nearby Steele Creek area, the time is right to move forward on what is a 30-year plan.

The first phase of development is expected to kick off by 2020, following the initial phase of road and infrastructure projects, which is being designed and planned by the city and could begin construction by 2019.

“It’s such a compelling site, with easy access to the airport and a 20-minute drive to Uptown Charlotte,” Call said. 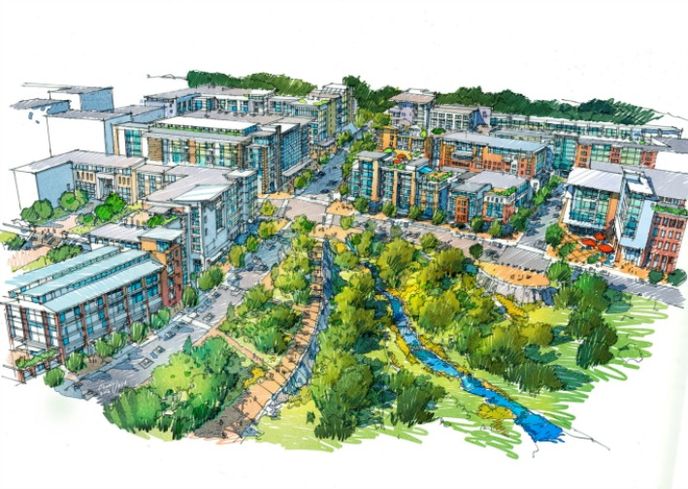 Courtesy of Crescent Communities
A rendering of the River District's town center.

Crescent Communities first acquired about 1,000 acres in the River District when the company was the residential and commercial development arm of Duke Energy, which purchased land along the Catawba River in the 1960s. A couple of families own the remaining 400 acres in the corridor.

Now Crescent and Lincoln Harris are in negotiations with the City of Charlotte to develop the necessary infrastructure in the area. In August, the city council economic development committee voted unanimously to move forward a request to reimburse the developers up to $16.2M for the completion of the West Boulevard Extension project and up to $15M through a tax increment grant to help fund Phase 1 roadway infrastructure improvements. In addition, Lincoln Harris and Crescent Communities have committed to $30M for that first phase of road projects, including Garrison Road, Dixie River Road and I-485 interchange improvements.

“The goal is to get the roads built faster and cheaper in order for the city and taxpayers to get a quicker return on their investment,” Call said. “Once the roadway system is in place we can prioritize commercial and residential development throughout the whole corridor.”

That involves coordinating efforts with the Charlotte Douglas International Airport, which continues to expand its terminals, parking and roadways. The River District is adjacent to the southern end of the airport’s property along the West Boulevard interchange at I-485.

“We’re very keen on understanding the airport’s long-term growth strategy and what types of uses they have planned for their property,” Call said. “We want to make sure we have complementary plans in place.”

Cagle sees a bright future for the land around the airport.

“Everything is coming together,” Cagle said. “The market is strong, there’s a lot of demand for these properties, and the River District has emerged as a leading, complementary project. A lot of hard work, a little luck and good timing can go a long way.”

CORRECTION, AUG. 28 , 2:37 P.M. ET: An earlier version of this story incorrectly named Crescent Resources instead of Crescent Communities. It has been updated.