WeWork has moved from growing its leased footprint in the D.C. region to becoming an investor in the buildings it occupies. 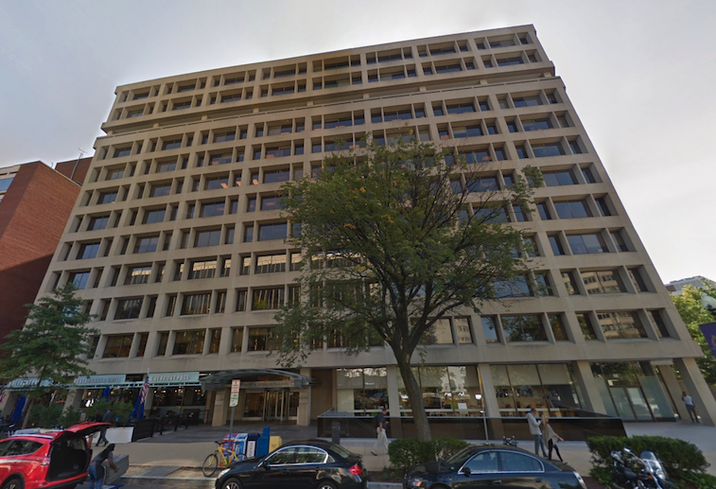 The joint venture acquired the property from Boston Properties for $136.5M, documents posted Friday to the D.C. Recorder of Deeds show.

WeWork will occupy 100K SF of the 350K SF building, which Meridian plans to renovate when anchor tenant Akin Gump moves out in August. It sits about a half-mile from another WeWork location at 1875 Connecticut Ave. NW, which was previously branded as WeWork Dupont Circle but appears to have been changed to Universal North, the name of its building.

The coworking leader began raising capital with partner Rhone Group in 2017 to buy assets, and it had raised over $400M of equity as of May. The company bought its first building in New York City for $850M in October 2017, and in April it bought a major London property. 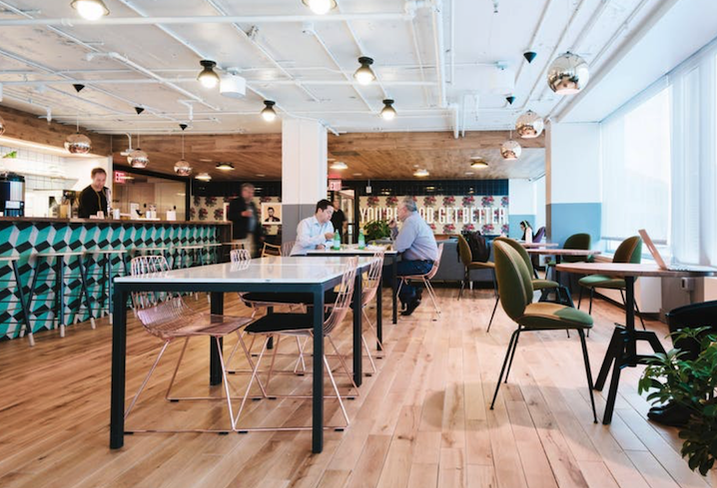 D.C. was one of WeWork's first markets, and it now has 11 coworking spaces open in the area, its latest in Chinatown. It also has a College Park space opening soon and another location planned in Rosslyn. All of its existing spaces are leased, but the New Hampshire avenue deal represents its first foray into buying in the D.C. market.

Along with the acquisition, the JV secured a $151M loan from Parlex 3 Finance LLC, a subsidiary of Blackstone Mortgage Trust, documents show. Roughly $84M of the loan is going toward the acquisition, according to the documents, with about $67M remaining for renovations.

The developer plans to re-skin the building's exterior, upgrade its lobby and add new amenities, including an indoor-outdoor rooftop penthouse. It expects to complete the renovations by summer 2020.

The 12-story, 315K office building was built in 1978 and acquired by Boston Properties in 2003. It sits one block from the Dupont Circle Metro station, and its ground-floor retail includes bars The Front Page and Buffalo Billiards.

Boston Properties had previously planned aforgo large-scale renovation of the building upon the departure of its anchor tenant. Akin Gump in February 2017 signed a deal to move from its 212K SF space at 1333 New Hampshire into a 185K SF office in the Alexander Court redevelopment at 2000 L St. NW. It plans to complete its relocation next year.

The deal represents another big win for Meridian, which has been successful in re-leasing two aging D.C. office buildings this year after launching major renovations. It has signed several leases at its Anthem Row redevelopment at 700 K St. NW, including a 103K SF deal with law firm Baker Botts. Last week, Bisnow first reported that Meridian landed law firm Winston & Strawn to anchor the major redevelopment it is working on at 1901 L St. NW.

For Boston Properties, the deal gives the REIT more capital to put toward the five build-to-suit developments it is working on throughout the D.C. region. It is developing a building at Reston Gateway where it signed Fannie Mae for 850K SF, and it is constructing a 17-story tower at Reston Town Center for Leidos. It is also building the Transportation Security Administration's 625K SF Springfield headquarters, the 21-story Marriott International headquarters in Bethesda and an 11-story Foggy Bottom building for law firm WilmerHale.

"Given the number of other development projects that we have underway in the D.C. region and in our other markets, it is certainly true that we saw value in recycling this capital for use in those developments," Boston Properties Senior Vice President Pete Otteni said in a statement provided to Bisnow. "In addition, we did not feel that the current state of the market was particularly conducive for the trophy renovation that we had envisioned. As such, we made the tough decision to forgo the renovation and to instead market the asset for sale."