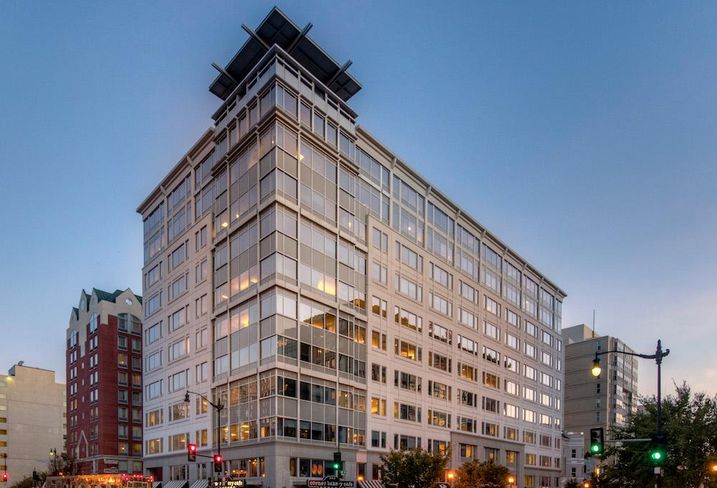 WeWork is opening its 11th location in the D.C. area one block away from its first.

The co-working behemoth signed a lease for the top three floors at 777 Sixth St. NW, the Class-A office building owned by Bentall Kennedy and developed by Trammell Crow in 2007. The location will have 900 desks.

WeWork would not disclose the square footage of the lease, but according to a property flyer from Transwestern, the landlord's leasing broker, the average floor plate in the 11-story building is just over 18K SF.

WeWork has expanded significantly in D.C., which was its second market after launching in New York City. It opened its first D.C. location in part of Douglas Development's property at 718 Seventh St. NW in 2014, and expanded two years later to take over all of the small, four-story building. The location, WeWork's smallest in the region, has been full for years.

“Our goal is to be strategic in finding the very best opportunities for WeWork to continue the momentum that they have built in the area,” Boroson said in a statement. "WeWork has been successful at their nearby 718 Seventh St. location, and adding another Chinatown location at 777 Sixth St. was a logical choice."

Since 2014, the company has expanded at a rapid clip in the area, with locations in Shaw, Dupont Circle, near U Street, in Tysons, Capitol Riverfront, near the White House and in College Park, Maryland. In Crystal City, it launched its second WeLive apartment concept in a building it shares with a traditional WeWork.

While WeWork has grown its co-working portfolio in D.C., it has supercharged its broader business ambitions in New York since receiving a $4.4B investment from SoftBank at a $20B valuation last year. In a matter of months, it bought its first property, an $850M Fifth Avenue department store, launched a fitness brand, acquired a coding academy and launched a private school.