Trillion-dollar technology giant Apple is establishing an office presence across the street from the new flagship D.C. store it is preparing to open in the historic Carnegie Library. 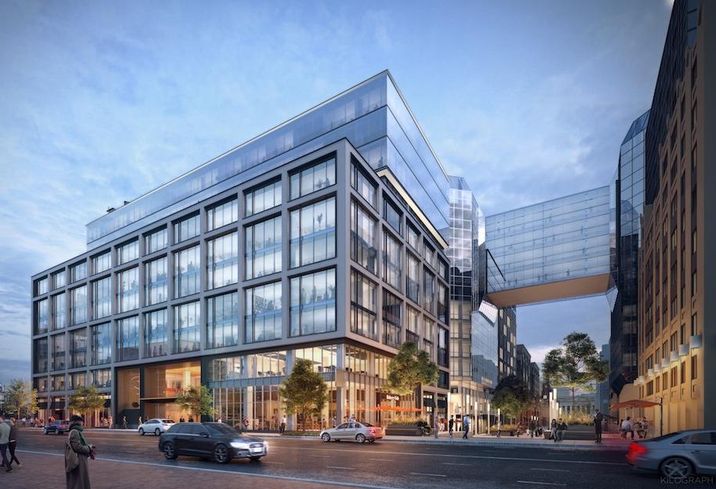 Apple signed a lease for a full floor, roughly 23K SF, at 700 K St. NW, a source involved in the deal tells Bisnow.

The 700 K St. NW building is part of The Meridian Group's Anthem Row redevelopment. The project will feature two outdoor terraces looking directly across the street at the Carnegie Library, where Apple plans to open a flagship store this winter. It remains unclear which floor Apple leased in the building and for which functions it will use the office. Apple could not be reached for comment, and the building's development and leasing teams declined to comment.

Meridian in 2016 launched a $142M redevelopment of the building at 700 K St. NW, part of the four-property complex previously known as Techworld. The developer bought the building in 2014 and is separating it into two addresses, 700 K and 800 K, with separate lobbies. The top four floors of the 700 K trophy building will be set back and the building will have a 6K SF outdoor terrace on the ninth floor and another rooftop terrace above the 12th floor. 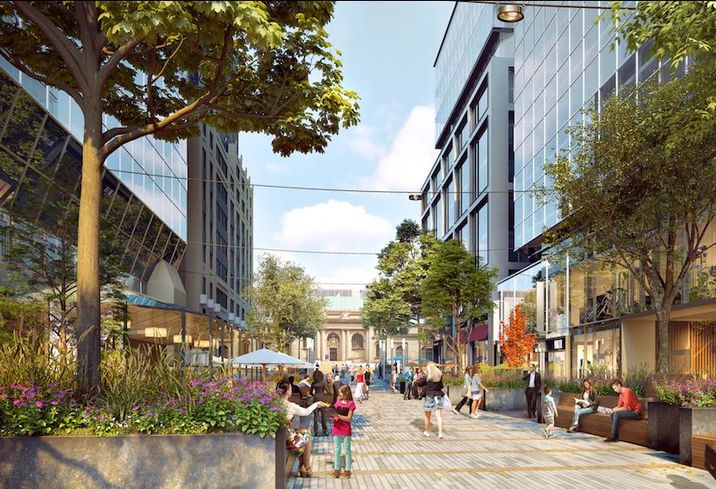 In February, Meridian signed law firm Baker Botts to a 103K SF lease for the top four floors of the 700 K building. Two weeks later, it signed a 21K SF lease with the Information Technology Industry Council for the sixth floor. 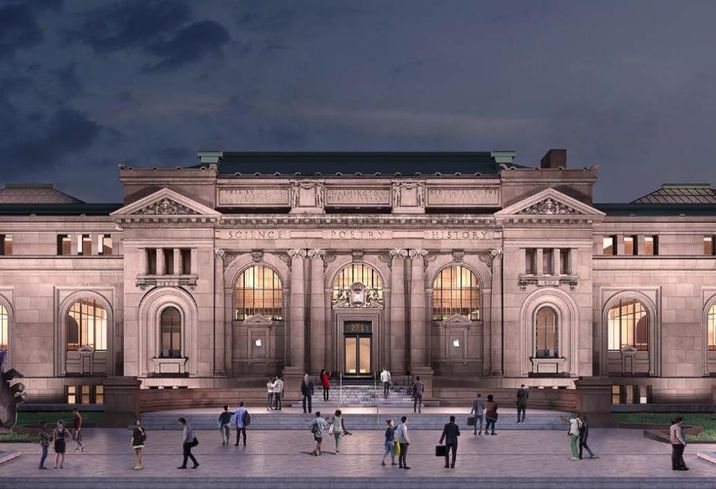 National Capital Planning Commission, Events DC
A rendering of the Apple store at the Carnegie Library in Mount Vernon Square

Apple in July 2017 finalized a deal with Events DC to lease a 19K SF space inside the 105-year-old Carnegie Library building at 801 K St. NW in Mount Vernon Square. The 10-year lease has two five-year options and allows Apple to program events on the property's grounds. The Historical Society of Washington, D.C., will keep 13K SF of the building as a museum and library.

The store, being designed by Foster + Partners, is expected to open this winter, and Events DC said it will announce an exact date in the coming weeks. It will be the second Apple store in the District, with the first in Georgetown. The company also has stores in Pentagon City, Clarendon and Bethesda.