As Prince George's County competes with other D.C.-area jurisdictions for office tenants, one major transit-oriented development is helping create a new hub of activity. 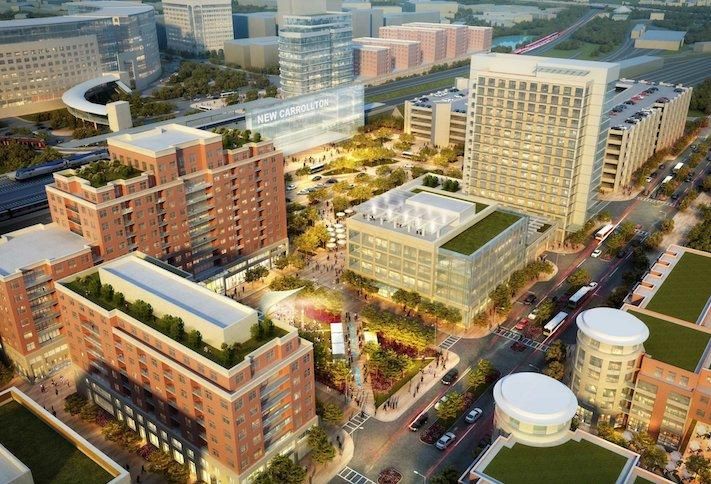 The project is being developed by Urban Atlantic on Metro-owned land. Kaiser Permanente in 2017 signed on as the project's first office tenant, and it has now moved employees into its new 200K SF office building. WMATA in April announced it plans to occupy a new office building of up to 300K SF at the New Carrollton development. Also near the New Carrollton station, educational technology firm 2U in 2017 opened its new, 281K SF headquarters.

"It's a marquee development," Morning Calm Management CEO Mukang Cho said. "Whether it's WMATA or Kaiser Permanente building density in the area, we think there's going to be a trickle-down effect where you'll start to hear about other developers or potential tenants eyeing this area as a hub."

Cho, who will speak Sept. 11 at Bisnow's Future of Prince George's County event, said he has seen this trickle-down effect at the 300K SF New Carrollton office park Morning Calm acquired in late 2017. It has renovated the two-building office property, rebranded it as Carrollton Corporate Center, and achieved significant leasing activity. 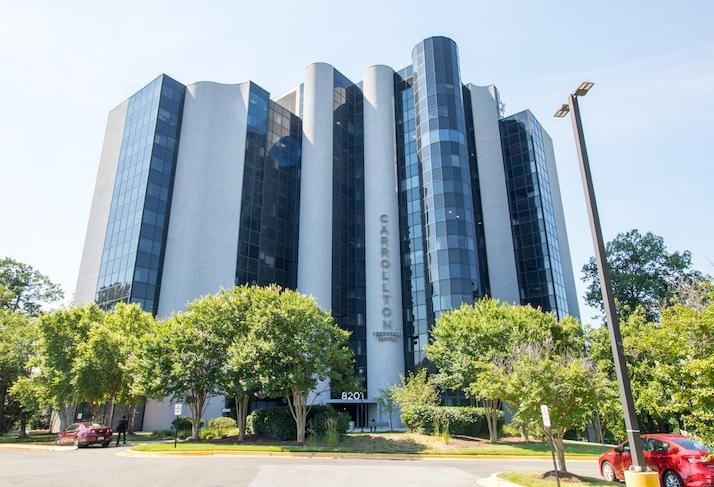 The owner has signed about 30 leases, a combination of new tenants and renewals, that have brought it from about 44% occupied into the mid-50s, Cho said. The deals include a new 14K SF lease with The Language Doctors and an expansion of Whelan Security to occupy 5,100 SF, more than double its previous footprint.

While the activity has been made up mostly of small leases, Cho said he is in talks with one potential larger office user.

"We have a steady stream of activity, and we're pleased with that because we know ultimately there's going to be a larger tenant that comes along," Cho said.

The Carrollton Corporate Center property also has a 3-acre site between the two office buildings that Cho said could support new development. He said it would be unlikely to become another office building, and the property would be better suited for apartments or a hotel. The complex sits in an opportunity zone and stands to benefit from the program's tax benefits.

"Whether it happens on our watch or someone else's is to be determined, but we believe there's enough land between our two buildings that is poised for development in the near future," Cho said. "There's definitely a housing play, and I think there's a hotel play as well."

The developer recently secured a $21M opportunity zone investment from Bridge Investment Group and a $46.5M construction loan from TD Bank for the apartment building. Urban Atlantic's Vicki Davis told Bisnow in April she expected the WMATA office project to be a catalyst for new activity in the area.

"It will spur additional development," Davis said. "It's part of the momentum to create a sense of place here, which is really important."

The county has sought to foster economic growth by creating new hubs of activity, but it has lost out on two major opportunities to achieve that goal. Prince George's County had two of the three finalist sites for a new $2B FBI headquarters, but the Trump administration canceled the search in July 2017 and instead pitched a plan to rebuild the headquarters on the J. Edgar Hoover Building site downtown.

Amazon HQ2 presented another potential prize for the county, but it was the D.C. area's only jurisdiction not included in the shortlist and ultimately lost out to Northern Virginia. Additionally, Amazon last month backed out of talks to build a 4M SF fulfillment center at Westphalia Town Center, and a company spokesperson said it is "no longer exploring opportunities for growth" in Prince George's County.

Prince George's County Economic Development Corp. CEO David Iannucci, who declined to comment on the Amazon warehouse project, said he does not have much optimism about the FBI headquarters search being restarted any time soon.

"I don't predict anything will happen as long as Trump is president," Iannucci said. "Congress is not going to fund the Hoover site and Trump is not going to move ahead with a suburban plan."

Despite major office anchors like the FBI or Amazon remaining elusive, Iannucci said several parts of Prince George's County are quickly developing as hubs of commercial activity. He pointed to Largo, where a major regional medical center is on track for a 2021 opening; Branch Avenue, where an office building is under construction for U.S. Citizenship and Immigration Services; and New Carrollton.

Iannucci said the Kaiser Permanente, WMATA and 2U projects have acted as catalysts for the area and New Carrollton has quickly become one of the top destinations for prospective office tenants in the county.

"New Carrollton is an extremely strong area right now," Iannucci said. "I think it's gone from not being talked about to being in first place very quickly."

The New Carrollton train station represents the terminus of the Metro's Orange Line and also offers service on the Amtrak and MARC trains. It will also serve as the easternmost stop on the Purple Line, a 16-mile light-rail project that broke ground in 2017 and will connect it with College Park, Silver Spring and Bethesda.

"There's no place in the region that has six modes of transportation," Iannuci said, counting the bus routes and highway access in addition to the train lines. "No one has that. It will be an unparalleled transportation hub with clear transit-oriented development activity."