Urban Investment Partners has just finalized a complex financing deal allowing it to move forward on a $118M project in Southwest D.C., the largest single transaction in the company's history. 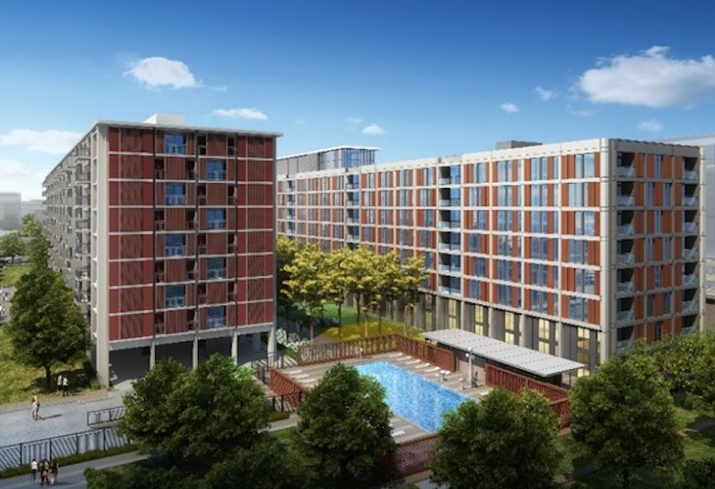 The D.C.-based developer plans to build a 315-unit apartment building next to the Capitol Park Tower building it acquired in 2013 at 301 G St. SW.

With the financing now secured, UIP principal Steve Schwat said the company can begin demolition within six weeks of the two-story parking lot that currently sits on the site, and begin going vertical on the new building in about four months.

The 289-unit Capitol Park Tower building was constructed in 1962. It sits just south of the freeway that runs through Southwest D.C. and is within a half-mile of the L'Enfant Plaza, Federal Center SW and Waterfront Metro stations. UIP bought the building in 2013 for $34M, or roughly $118K/unit.

The land had the available space and density to allow UIP to construct another building between Capitol Park Tower and the freeway without needing to file a zoning application. But the property was declared historic, forcing UIP to earn Historic Preservation Review Board approval. After revising its plan multiple times, UIP received HPRB approval in early 2016. 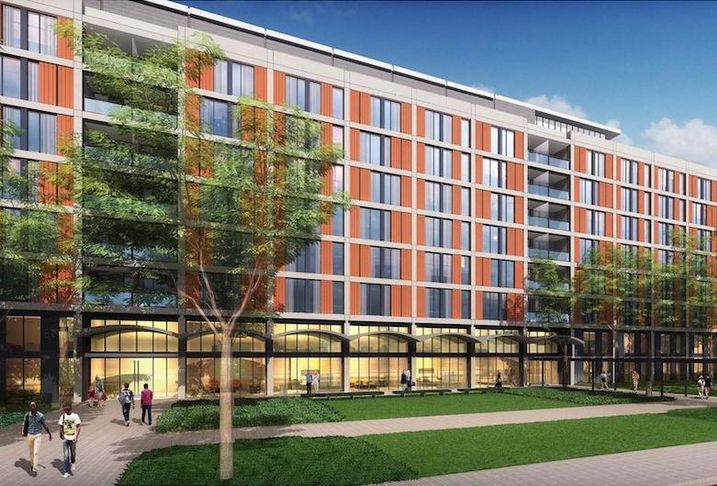 The developer then moved to the financing phase. UIP had originally partnered with Perseus Realty on the deal, but Perseus later left the transaction and UIP brought on a new partner. The joint venture has provided about $18M in equity to the project.

The development team also arranged $18.5M in EB-5 financing and received a $51M loan from the Bank of Montreal. It then structured a ground-lease transaction for iStar Inc. to buy the land for $30M and lease it back to the development team, the final piece of the puzzle allowing construction to move forward.

At $118M, the deal represents the largest single capitalized transaction in UIP's history, Schwat said. Structuring the financing from such a wide variety of sources was a challenging task, he said, crediting UIP principal Peter Bonnell with pushing the deal over the finish line.

"I don't remember how I passed Math 51 at George Washington University, and in another week or so I'm going to wonder how the hell we ever closed this deal," Schwat said.

The project was designed by WDG Architects and Lee & Associates, and Davis Construction is the general contractor. It will feature a courtyard between the two buildings with trees and plants inspired by Dan Kiley, the landscape architect who designed the original property and much of Southwest D.C. In honor of the legendary architect, UIP has named its new building Kiley.

The building will include 315 rental apartments, a combination of studios, one-bedrooms and two-bedrooms. About 20 of the ground-level units will be duplexes with in-unit staircases. The project's amenities will include a large indoor-outdoor rooftop with a fitness center, yoga studio, pool and deck, plus a lounge and library space on the first floor. There will also be in-unit washer and dryers, 24-hour concierge service and storage units.

The project is a half-mile from The Wharf, the $2.5B development that opened on the Southwest Waterfront in October with hundreds of new residential units, two office buildings, three hotels and a host of restaurants and retailers.

"We're not competing with The Wharf, and we're not modeling rents anywhere close to The Wharf, but we don't need to," Schwat said. "We look at The Wharf as an amenity to the neighborhood like the Metro or the baseball stadium or the soccer stadium." 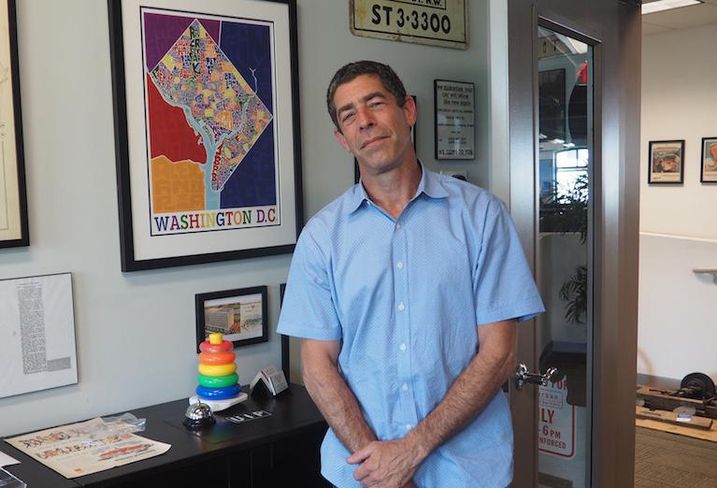 UIP in January closed on the $96M acquisition of Onyx on First in the nearby Capitol Riverfront neighborhood, and earlier this month it bought a 100-unit Cathedral Heights apartment building for $43M. The developer is also working on apartment conversions of former American University, Howard University and George Washington University buildings, and it has an apartment project in Hyattsville and a condo development planned in NoMa. Those projects give UIP a near-term pipeline of over 1,000 units, and Schwat said it is not done signing new deals.

"This deal, our largest capitalized transaction ever, tops off a year of putting together this capital stack, buying the Onyx building and buying 3333 Wisconsin," Schwat said. "And our second act is not over yet."