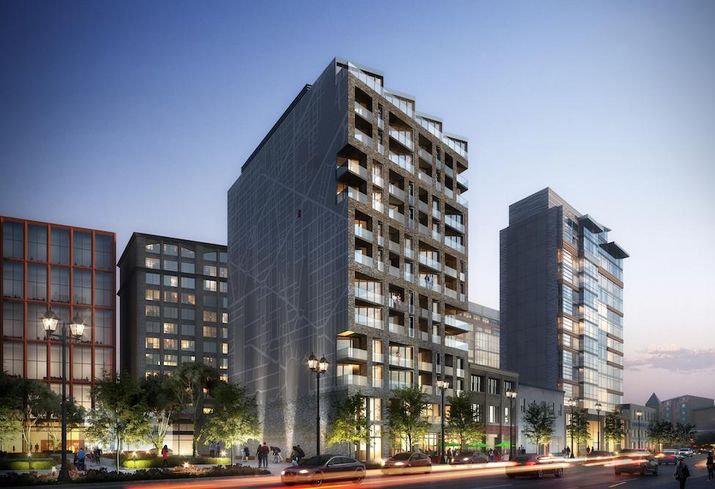 Developers in NoMa have begun to find condo construction more attractive amid heavy competition for the neighborhood's thousands of new rental units, and one more development team is now taking the for-sale route.

The condo building, tentatively branded as Tribeca, will take the place of a low-rise auto repair shop next to the Hyatt Place hotel, two blocks from the NoMa Metro station. Kadida and Alliance acquired the land and then brought on UIP as a development partner.

The team plans to pursue by-right development, meaning they will build within the site's existing zoning and not require any zoning approvals. They plan to break ground early next year and deliver in mid-2020, UIP Senior Vice President Brook Katzen tells Bisnow. He said the team decided to pursue condo development because of NoMa's recent surge of apartment construction.

"This submarket has been flooded with an overabundance of rental product," Katzen said. "We would not want to deliver additional rental product into that market at this time."

The development team is not the first to make that calculation. The opening of Tribeca will follow this year's delivery of the nearby 182-unit The Lexicon condo project at 50 Florida Ave. NE. Last year, Fortis delivered the 42-unit Pullman Place condos at 911 Second St. NE, which Urban Pace just announced this week it had finished selling. J Street Cos. is building a 64-unit condo development at 1109 Congress St. NE. Urban Pace has also been tapped to sell the J Street and UIP projects.

Developers signaled the neighborhood's shift toward becoming a growing condo market at Bisnow's March 2017 Northeast D.C. event. At the event, developers and the NoMa BID's president said the neighborhood was beginning to mature enough to support for-sale product, and NoMa renters were looking to remain in the neighborhood but graduate to owning a home.

Pullman Place's sell-out has proved that hypothesis true, with nearly half of the units purchased by people who previously rented in the neighborhood, Urban Pace President Clint Mann said in a release.

"With a compelling rent vs. buy narrative, we were able to reach the scores of renters who already chose the neighborhood as their home but wanted the investment opportunity of buying," Mann said.