Construction on Maryland's Purple Line—a 16-mile, 21-stop light rail connecting Bethesda to New Carrollton—will begin later this year. Service is expected to begin in 2022. Developers are beginning to build some huge projects along the rail line, attempting to cash in on the desire to live and work near mass transit. Here are the 10 biggest projects that'll do just that. 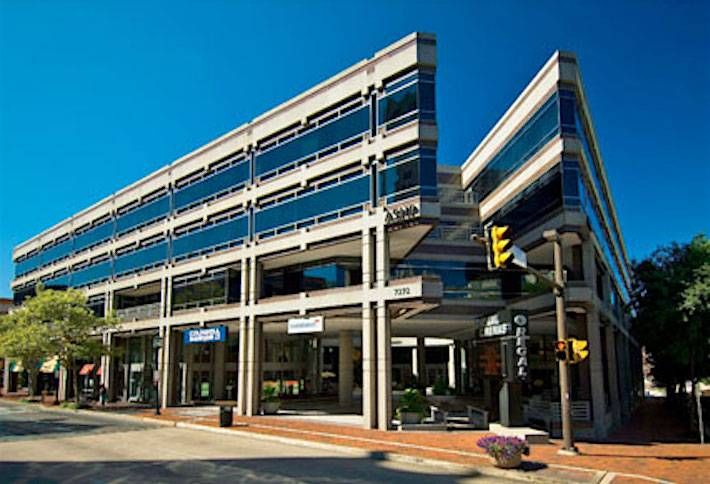 In November, Carr Properties bought the 164k SF Apex Building from the American Society of Health System Pharmacists for $106M. Carr is planning to build three towers and looks to build up to the 250-foot height and 937k SF density maximums. This project will sit right above the western terminus of the Purple Line. 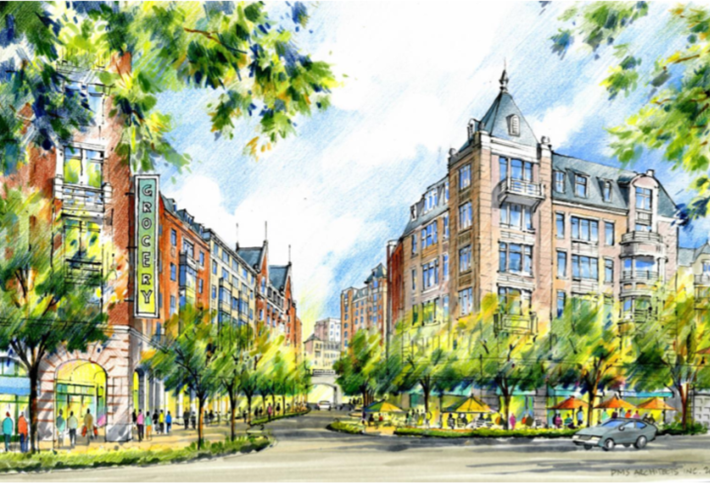 Developers submitted detailed plans for this project—which aims to create a mixed-use town center—to the Montgomery County Planning Department last week. The first building will include 283 residential units and be anchored by a 50k SF grocery store and an additional 19k SF of retail. 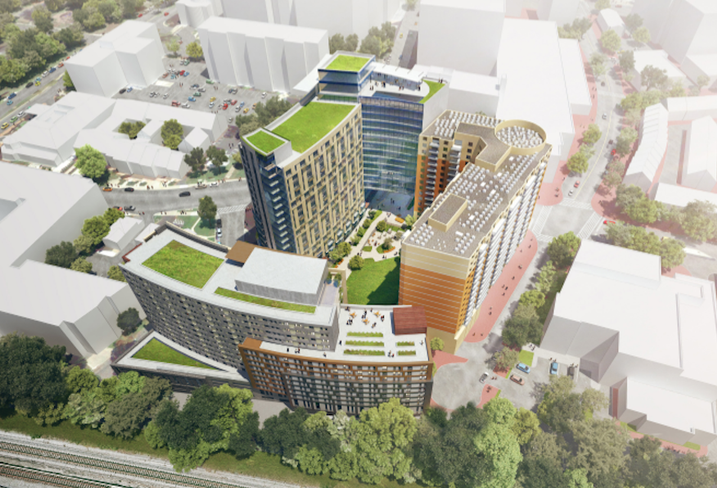 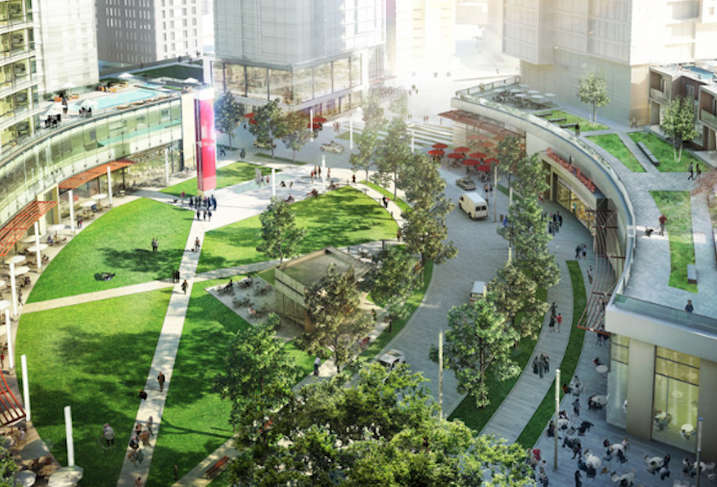 This massive $650M redevelopment of the 1950s-era Blairs development will include a five-acre public courtyard that will support concerts, farmers markets, movie screenings and more. The Montgomery County Planning Board approved the first phase in 2014, construction began in early 2015 and is slated to be completed in early 2017. 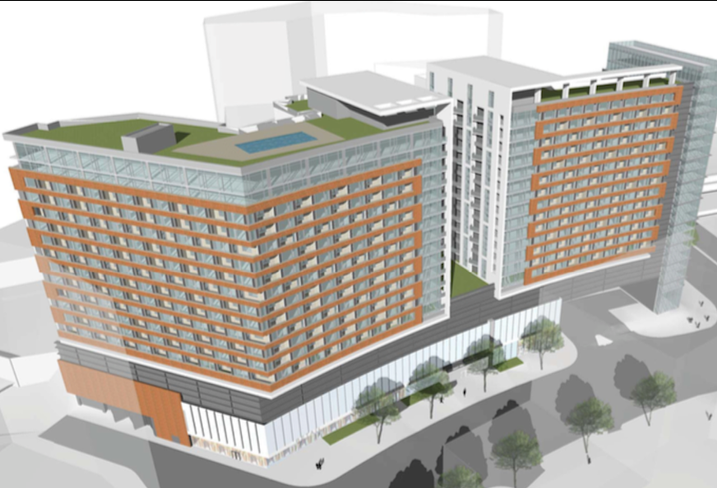 Because of its proximity to the Purple Line station, Metro Plaza won't begin construction until after the Purple Line is completed. MDC's Harvey Maisel tells Bisnow he thinks people are just discovering Silver Spring, with its convenient proximity to public transportation and the beltway.

"It's been a hell of an opportunity to create this development, which will be the crown jewel of Silver Spring," Harvey says.

The Hotel at UMD 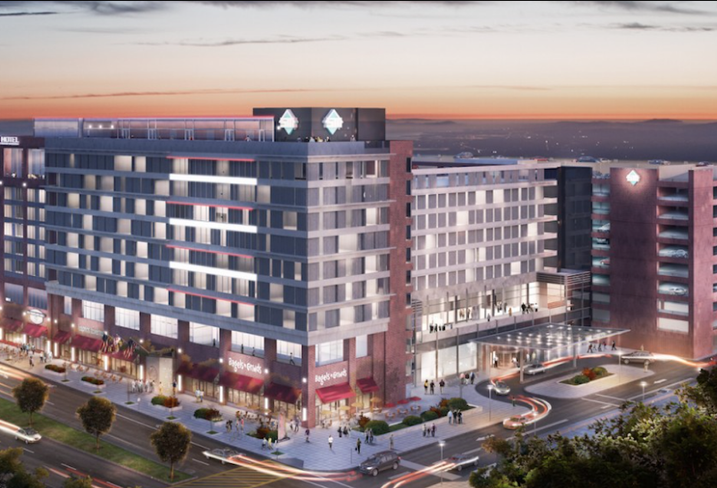 Southern Management Corp.
A rendering of the $150M Hotel at UMD, set to open in September 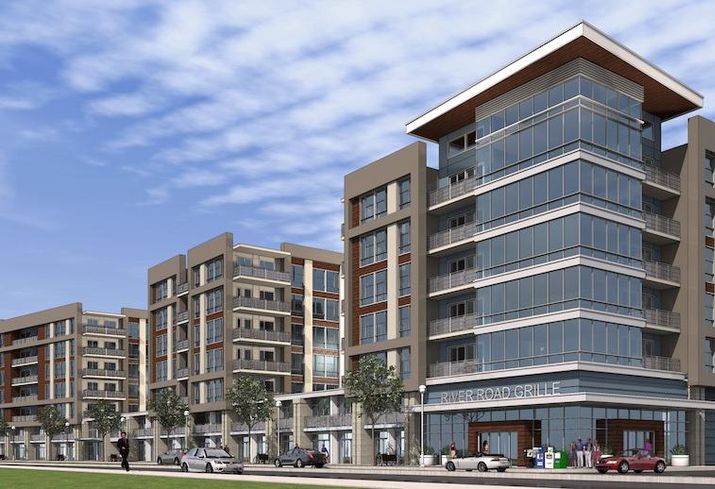 Just the latest in College Park's apartment boom, this 370-unit project is being build by a 1979 UMD alum, EagleBank Chairman/CEO Ron Paul. Unlike many of the recent developments near Route 1 that lure students off campus, these metro-adjacent apartments will have an eye toward recent graduates and professionals. 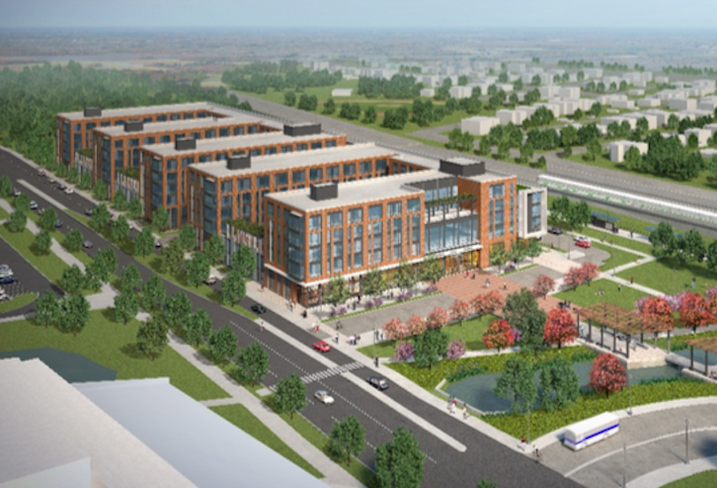 The same company that built UMD's Xfinity Center (née Comcast Center) and its new Physical Sciences Complex, Gilbane is now shifting its focus off campus and building 430 Metro-adjacent apartments with ground-floor retail. WMATA released an RFP last July for the six-acre parcel containing a parking lot right outside the Metro station, and just this month announced Gilbane had won the bid. 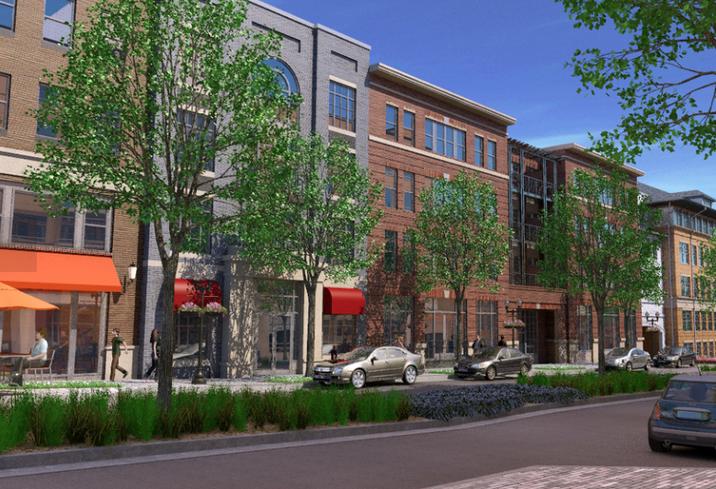 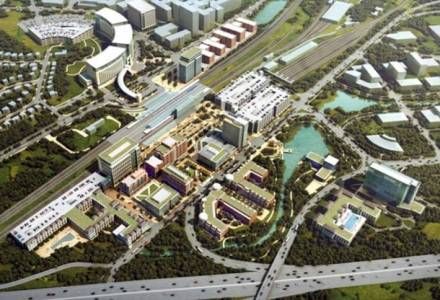 Two projects that sit adjacent to each other will transform the area around the eastern terminus of the line. The first phase, a 97k SF office building, now home to the HQ for the Maryland Department of Housing and Community Development, is done. Still to go are thousands of apartment units, hundreds of thousands of office and retail square footage, and at least one hotel.