Sears Emerges From Bankruptcy With New, Much Smaller Stores 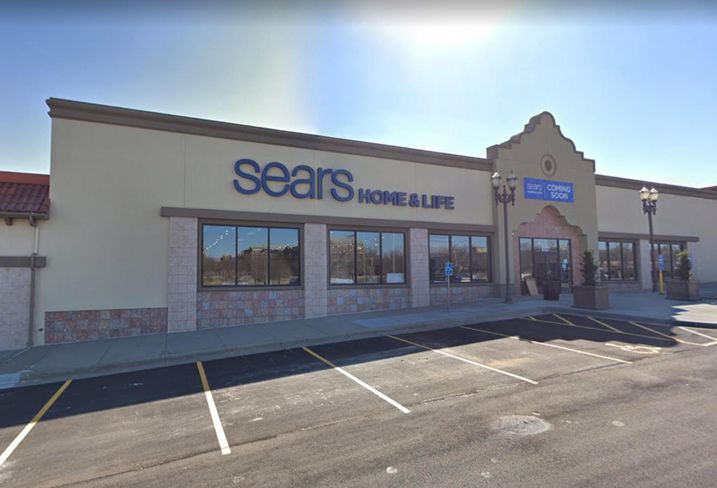 Sears has gotten its second chance, and the department store giant is going lower case.

Sears will also look to place its Home & Life stores in open-air shopping centers "for more flexibility" and parking convenience, Sears and Kmart Chief Brand Officer Peter Boutros told CNBC. Among such shopping centers, the company will favor those in areas with growing populations of young families.

Sears Home & Life will attempt to respond to many of the prevailing trends in retail, with a "Search Bar" in front to provide a service-forward environment for shoppers. Staffers at the desk will be able to set up installation and service appointments, order items from Sears and Kmart's websites and arrange for pickup in-store.

The first version of the Sears Home & Life concept started in four pilot stores from Pennsylvania to Hawaii that only sold mattresses and appliances. Those will be converted to the new branding in the coming months, CNBC reports. All told, Sears Holdings still operates 425 stores, or about 275 fewer than when it filed for bankruptcy in October.

After a tense bankruptcy court battle between Sears Chairman and CEO Eddie Lampert and the companies' numerous creditors, Lampert was allowed to buy the company through his hedge fund, ESL Investments, for $5.2B to regain control in February. A week after the decision, Lampert resigned from both positions at Sears, though he remains the controlling owner. The Sears, Kmart, Kenmore and DieHard brands now exist within an entity called Transform Holdco.

Soon after, those same creditors sued Lampert and ESL Investments for draining Sears of valuable assets such as the real estate now held by spinoff Seritage Growth Properties. ESL Investments is the controlling owner of Seritage, which has seen solid growth as Sears Holdings continues to bleed money.

The lawsuit alleges that Lampert transferred assets to himself for much less than market value to enrich ESL and reduce Sears' solvency, all while inflating growth projections to prop up the company's value to investors and creditors. Treasury Secretary Steven Mnuchin, who served as Sears director from 2005 to 2016, was also named in the lawsuit and accused of signing off on many of the crippling deals. Mnuchin, who was Lampert's college roommate and colleague at Goldman Sachs decades ago, also sat on the board of ESL Investments during that time.

For a company's leadership to be embroiled in an ongoing court case is an inauspicious start to emerging from the ashes of bankruptcy, but Sears is finally moving forward with a new direction.