Salesforce's Top Floor Amenity Is A Rarity In Office Design

Salesforce is adding an amenity not seen in many tech offices. Instead of using the top floor for executive suites, Salesforce is creating Ohana Floors for employees, customers, partners and the local community to use, according to Salesforce Executive Vice President, Real Estate Elizabeth Pinkham. 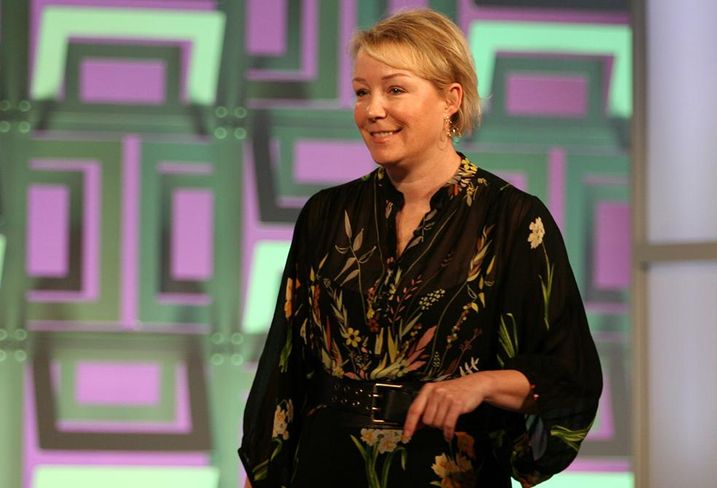 The company recently debuted its first Ohana Floor in Salesforce East at 350 Mission in San Francisco. The community areas offer 360-degree views and will be opening in Salesforce Towers in San Francisco, New York, Indianapolis and London. These floors will host events, town halls and networking and will be open to nonprofits and local community groups to use for fundraising events and volunteer activities, according to Pinkham.

This amenity is a part of the company’s mission to provide a space for Salesforce’s entire ohana, the Hawaiian word for family, and a welcoming environment to employees, partners, customers and communities. Its company design standard, known as ohana design, promotes collaboration, fun, sustainability and wellness, Pinkham said. 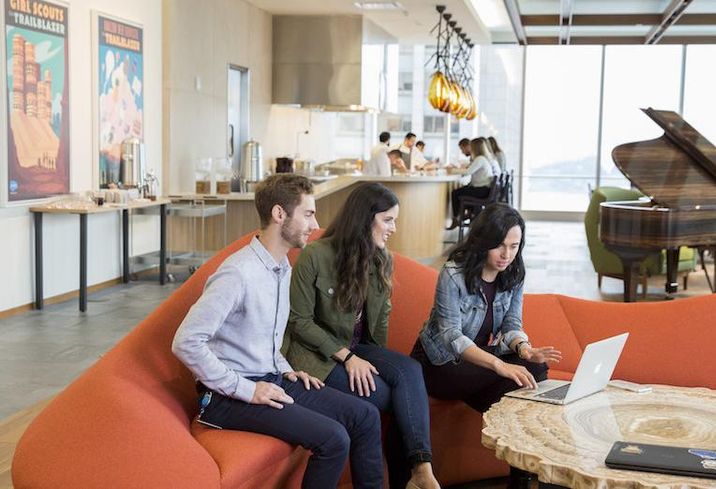 When deciding how to approach office design, Pinkham and her team met with fellow employees to learn more about how they wanted to work and incorporated the right seating for each group. Offices have a mix of open seating for groups like marketing and a bullpen style for engineers. After an unveiling of the ohana design, 70% of those responding to a survey said they felt more productive than before.

“We were very deliberate when designing spaces to work for this purpose, but also were thoughtful to create areas for recharging and inspiration,” Pinkham said.

Sustainability and wellness are major components of the ohana design. Its design incorporates clear sightlines, open flow on each floor to allow employees better access to sunlight and views, inspiration from nature and sustainable materials. Salesforce offices also provide social lounges with good views and lights as well as mindfulness rooms on each floor. 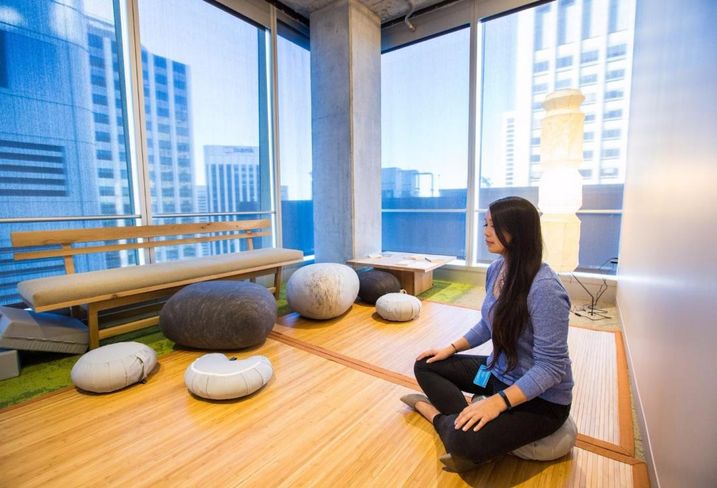 Salesforce
A meditation room inside a Salesforce office

Salesforce chose its current large markets to be closer to its customers and focus on customer success. This has led to the creation of urban campuses in San Francisco, New York, London and other cities. Salesforce opened an office earlier this year in Bellevue, Washington, which houses one of its largest engineering and innovation hubs and incorporates the ohana design concept as well.

The tech company also prefers buildings with an abundance of natural light that are near not just public transit, but also near a park or other green area. Urban campuses allow Salesforce to be more sustainable with many of its employees living close by or using public transit options. In San Francisco, employees have access to many restaurants, shops and public transportation within walking distance of its offices.

In the future, Salesforce will remain focused on providing an environment that serves the needs of its employees and the local community.

“I would like to think that more companies [will] lean away from formal office environments and focus instead on more collaborative environments that foster individuality and inspire employees,” Pinkham said. “We will be very focused on the journey to use our real estate to inspire our employees, engage with the local community and ensure the overall experience is a reflection of our brand and our values.”