Do The Suburbs Have A Running Start On Responding To Coronavirus?

After years of watching office tenants vacate suburban properties in favor of downtown, some landlords say there’s a chance the advent of the coronavirus could entice tenants to give the suburbs a second look. After all, they say, social distancing at work will be easier in lower-density markets, and most suburban commuters won’t need to pack themselves onto trains to reach the office.

But developers were already taking over moribund suburban properties, launching renovations and filling buildings with companies ready to sink deep roots in the suburbs, so responding to the pandemic doesn’t mean there’s a revolution brewing in the office market. 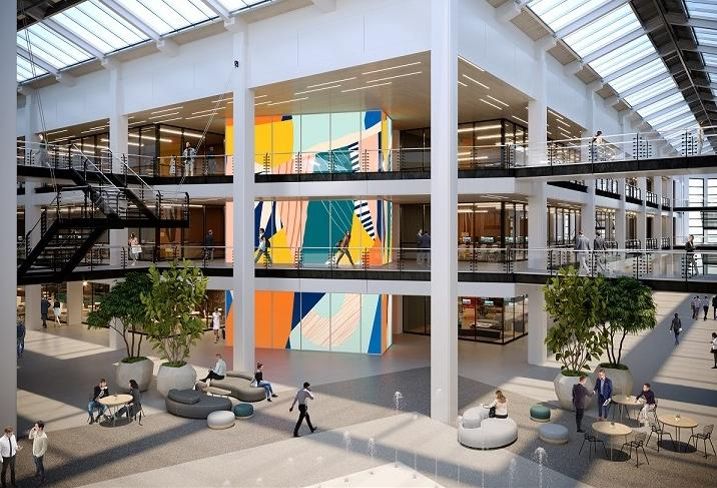 Instead, the need to address office workers’ fears could reinforce trends that were already taking hold. But whether the suburbs end up getting a boost depends on tenants deciding to go in a new direction even as the overall economy is still recovering from the widespread shutdowns. Somerset Development President Ralph Zucker already sees signs it’s happening.

“We literally have a line out the door for every one of our ready-to-wear office suites,” Zucker said Tuesday on Bisnow’s Chicago Deep Dish: Suburbs webinar, referring to pre-furnished turnkey spaces at Somerset's 2M SF Bell Works complex in Holmdel, New Jersey, which it acquired in 2013.

“One of the legs up that suburbs do have is tenants have the ability to social distance, both in terms of their arrival at the workplace, and also walking about the building itself,” he added.

Zucker’s company will open in the next couple of months about 50K SF of ready-to-wear offices at its Bell Works Chicagoland complex in suburban Hoffman Estates, a former AT&T campus that it acquired vacant in 2019. Both Bell Works properties are low-rise, places where office workers can avoid crowding into elevators, and instead of hallways, each has wide, interior pedestrian streets lined with shops and amenities.

Tucker Development CEO Richard Tucker agreed that the pandemic could bring more tenants out to the suburbs, but added that it’s important to remember many were already considering such moves.

“Back to the burbs is not something that is COVID-related,” he said. “We live in a cyclical world, it’s a cyclical business, and activity was starting to go back to the suburbs.”

Much of that new activity has been in the suburbs’ highest-quality office product, renovated or new trophy assets that provide full suites of amenities. Overall Class-A vacancy increased in the Chicago suburbs last year, rising to 23.2% by last quarter, according to Colliers International, but the rate for suburban trophy assets was considerably lower at 17.7%.

Those now seeking out space in Holmdel are generally looking to establish satellite offices that give employees options, rather than moving whole headquarters, so shifts in the office market may be subtle, Zucker said.

“I agree the world is not going to end, but people still have in their psyche the need to know, if this becomes necessary again, can I social distance in place?” 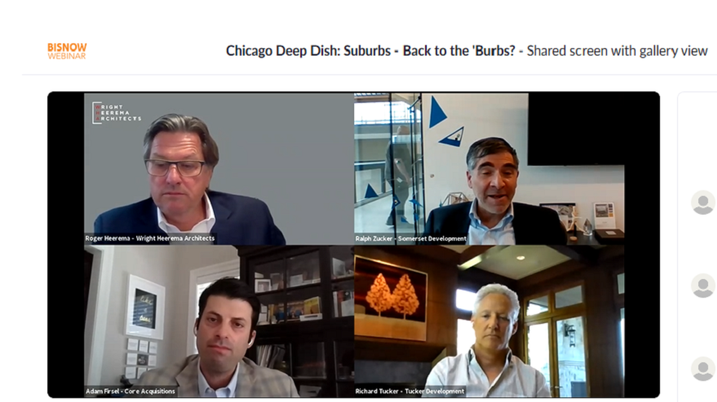 Zucker and others say coronavirus-related demand hasn’t yet hit markets outside the New York City metro area, where infections peaked early and then began receding.

“We’re hopeful it happens with some of the buildings we have in the suburbs,” said Adam Firsel, managing principal of Chicago-based Core Acquisitions. “Personally, I have not seen it, but we expect it to come in the near future.”

“It really was a contrarian type of buy,” Firsel said.

But with a purchase price of $6.75M, the developer can afford to renovate the property, and take advantage of its strengths, including a lot of outdoor space, patios and walking paths. An important new feature of Ten Parkway North will be a series of move-in-ready spec suites, Firsel said.

Somerset will also encourage firms to make the jump to the Bell Works’ spec offices by offering simple, four-page leases that can be as short as one month.

“Just bring your computer, plug it in and go; you can almost leave your lawyer and your architect behind,” Zucker said.

Shorter lease terms and more flexibility for office users were already solidifying trends in the pre-pandemic era, he added, as the rise of coworking showed companies they could quickly shrink or expand their footprints in many markets at once. The 1.65M SF Bell Works Chicagoland will eventually provide coworking spaces, along with the small, ready-to-wear office suites and larger offices that also require little build-out.

“That’s something we think will become more popular as companies try to decide whether to satellite office in the suburbs,” Zucker said.

Not all of that demand is driven by fear. Everyone acknowledges the pandemic hugely accelerated the use of work-from-home technology, and many office tenants now need to decide whether to keep occupying their entire footprint, or shift operations into smaller offices. That could benefit new places like Bell Works Chicagoland, Zucker said.

“We were contacted by a group that has 300K SF, but that had a great work-from-home experience, and now they say they can get by with half that.”