'I Was Slow To Come To It': CEOs Resistant To Remote Work Now Embracing The Model Long-Term

Mark Wight was worried as the architecture, design and construction firm he led for decades first faced the spreading coronavirus pandemic. Wight & Co. depended heavily on seamless cooperation among a wide variety of disciplines, a one-stop shop for clients needing new buildings.

Wight said he thought that complex process could only work with frequent face-to-face meetings, but productivity actually improved over the next few weeks, and that will change how Wight & Co. works even after the pandemic subsides.

“It was hard to imagine doing all this from home, but it’s remarkable how we have adapted,” Wight said. 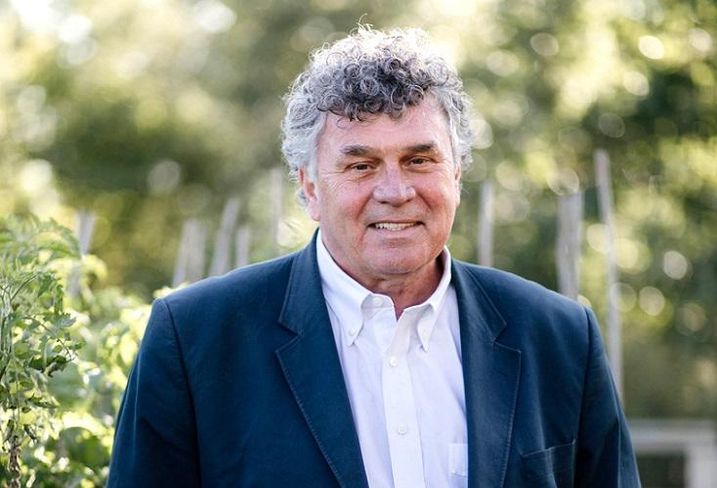 The Chicago-based firm is far from alone. Wight used to meet twice a year with a peer group of mostly construction CEOs, but after the pandemic’s onset, the group now does weekly Zoom meetings, and the attitude toward working from home is universal.

“Every CEO says the communication has been better since we changed to this work-from-home environment,” Wight said. “I wouldn’t have predicted that.”

A global survey Colliers International conducted this spring found more than 80% of employees prefer working remotely at least once a week, and only 23% said their productivity declined after making the switch. In the U.S., nearly half would prefer working from home up to two days a week, the survey found.

That could herald a profound shift in how work gets done, with virtual communities replacing a significant portion of the in-office workforce in many industries. The ripple effects could eventually hit landlords hard, as tenants with expiring leases may decide they no longer need so much square footage.

Cooperation across disciplines has become key to his firm’s work, Wight said. Traditional construction methods typically involve an assortment of firms working in silos, almost guaranteeing costly snarls after groundbreakings. Wight brings it all under one roof, including architects, designers, engineers and builders, handling everything from conceptual drawings to plumbing fixtures.

That method cut costs up to 20% on recent Wight projects, including a new student commons and other additions at Downers Grove South High School in suburban Downers Grove, set for completion in 2021, and the new Will County Courthouse in Joliet, Wight said.

The company never would have known so much work could be completed outside of the office without the coronavirus shock, Wight said, and organizing the needed infrastructure, especially for Zoom meetings and remote use of 3D models, would have been a drawn-out process.

“It would have taken us months,” he said.

Instead, spurred by the crisis, everything was ready in a couple of weeks. Wight credits Chief Information Officer Gabriel Gallaher with putting many of the pieces in place.

“I think he believed in it from the beginning, but I was slow to come to it,” Wight said.

Gallaher said Wight & Co. had an advantage in making the switch. It has been building out a virtual capacity for several years, partly so architects could work from construction sites if needed. Remote work like that requires a company laptop that remotely links to a powerful desktop computer back at the office with enough memory to handle 3D models.

But Wight & Co. has about 100 employees in its Darien office, another 40 at a downtown Chicago location and about 50 in the field. Getting the entire production staff ready wasn’t easy, Gallaher said.

“We intended by the end of this year to have everyone have the capacity to work from home if needed, so we were in a better position than many, but I’m not going to lie, it was a rough couple of weeks,” he said. 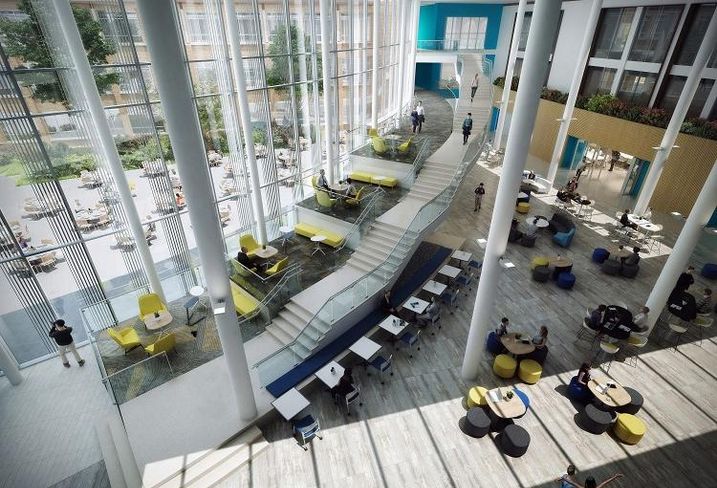 The firm began ordering the necessary computer equipment in February, once the coronavirus began spreading into the Chicago region. Much of the technology arrived with barely enough time to install before Wight shut its offices in mid-March.

“We got in right under the window,” Gallaher said.

But even though he was optimistic about the new setup, Gallaher told co-workers short-term productivity would probably fall, and like Wight, he was in for a surprise.

“I thought we would suffer a 10% loss in productivity because I wasn’t convinced people were familiar enough with Zoom, and people tend to like what they’re familiar with,” he said. “There was also a generational divide, with the younger staff being more fluent in technology and picking it up quicker, but everyone else picked it up as well.”

That led to a burst in productivity rather than a decline. Production staff found it easy to produce models and drawings, electronically trade all this work back and forth with colleagues, and hash out problems or brainstorm ideas on Zoom meetings with other team members.

“Without the distractions of the office, it’s a more controlled environment,” Gallaher said. “You collaborate, then you focus, then get back on a Zoom call for more collaboration, and then go focus some more and work according to your own schedule.”

“Now that we’re all familiar with Zoom, it will be part of our culture forever,” he added.

The company also started using Zoom to hold weekly town halls for the entire organization, along with daily team meetings for senior staff, Wight said. Social opportunities are not neglected, either, and groups hold virtual tea times and other after-work parties.

“It’s not like everybody just goes home and does their work,” Wight said.

“I feel like a lot of my work can be done virtually,” said Charlene Venegas, an administrator at Wight.

“I work really well independently, so not having people around all the time gives me the opportunity to focus on the work, and Wight and our team has been good about keeping in touch with Zoom calls and checking in if we do need to socialize,” she said.

“In the grand scheme of things, we’ve had very few problems,” Wight said, adding he is still worried about parents like Venegas and how they bear the additional burden of home-schooling their kids. 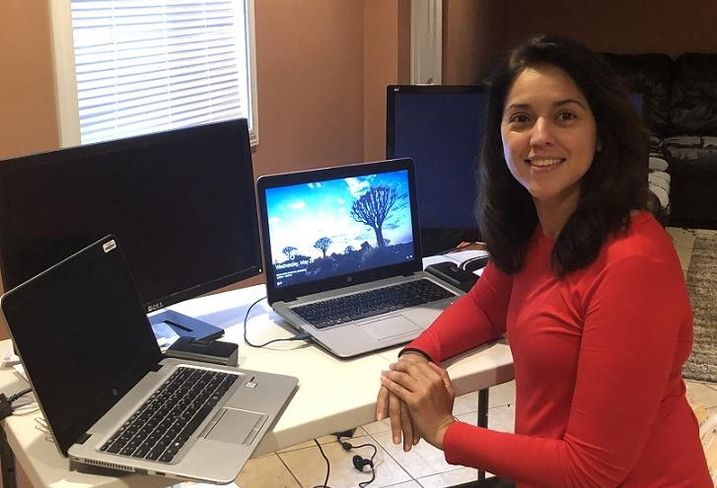 “At this point, the parents are the teachers,” Venegas said.

The Plainfield resident shares office space with her 15-year-old sophomore and 11-year-old fifth-grader, and in between Zoom calls, she checks their assignments, answers questions about homework and helps with research, switching back and forth between several monitors.

It sometimes makes for hectic days, but Venegas still likes the independence to set her own schedule and typically wakes up early enough to get in several hours of work before school starts.

Every Illinois company that adopted working from home now faces a choice. Gov. J.B. Pritzker announced this week that all four state regions are on track to enter the next phase in his plan to reopen businesses. Starting May 29, offices can reopen if they keep density down and follow safety mandates set by public health officials.

“There are some people who like to have paper drawings in their hands,” Gallaher said.

Whoever does return will find a changed environment. Hot desking and sitting on benches just a few feet from co-workers is out, Wight said, and everyone will wear masks when moving about. Company-catered buffet lunches are also out, and clients will be discouraged from visiting. Employees will be required to do a self-health check every day, including taking their own temperature.

“We’ve been doing that on our construction sites already,” Wight said.

He added that it’s important for some to spend time in an office, especially new hires. Architecture and design have long apprenticeships, and Wight said those just out of school should not spend these key years in isolation.

“I think young people are suffering because they are not getting the kind of mentorship they would in person,” he said. “If you’re sitting next to someone and have a question, you can just ask, as opposed to setting up a Zoom call.”

The company plans to bring back about 20% of its office workers at first and in the coming weeks evaluate the productivity of this new blended environment.

“We’re going to start learning what we don’t know and adapt accordingly,” Wight said. “It could be a long time before we’re over 50%, and it could be never.”

If many firms do likewise, it could eventually cut down demand for space and chill an office market already reeling from an economic downturn. But Wight said the short- to medium-term impact on landlords may be modest. Firms like Twitter have already announced they will hang onto all office space even as they reduce in-office headcounts, and Wight & Co., which is advising interior design clients on how to reconfigure their spaces, expects most companies will make similar decisions.

“I don’t think we’ll ever go back to working the way we did before,” Wight said.

Venegas said she and her coworkers don’t want to go back.

“There is a level of excitement to see what the future holds.”

CORRECTION, MAY 22, 12:30 P.M., CST: An earlier version of this story quoted Mark Wight as saying other CEOs said the "community" improved. He said "communication." Also, Wight & Co. is Chicago-based, not Darien, Illinois-based. The story has been updated.