Thousands of baseball fans are descending upon D.C.'s Capitol Riverfront neighborhood Thursday for the first time since September to watch the Washington Nationals take the field. 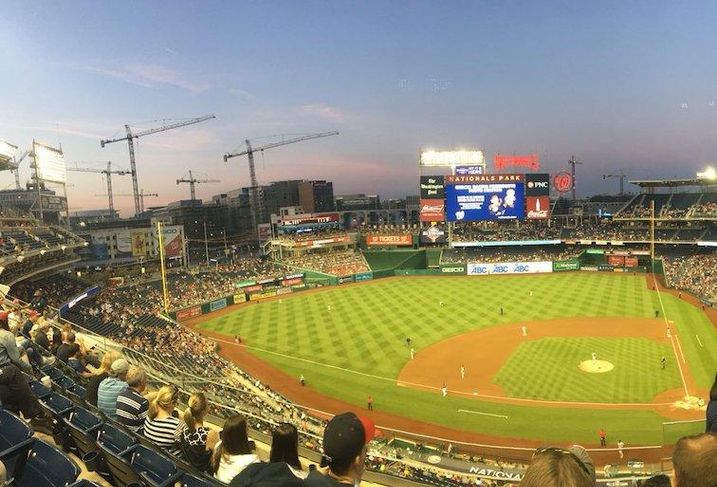 Bisnow/Jon Banister
Fans at Nationals Park can see several nearby cranes in the sky as the neighborhood rapidly develops.

The team may be without former MVP Bryce Harper, but the booming neighborhood around Nationals Park has welcomed a full lineup of new developments, restaurants and retailers since last year's Opening Day.

From bars and restaurants across the street from the ballpark to a new Whole Foods and new condo buildings, Bisnow took a look at the new offerings the neighborhood has for baseball fans to explore. 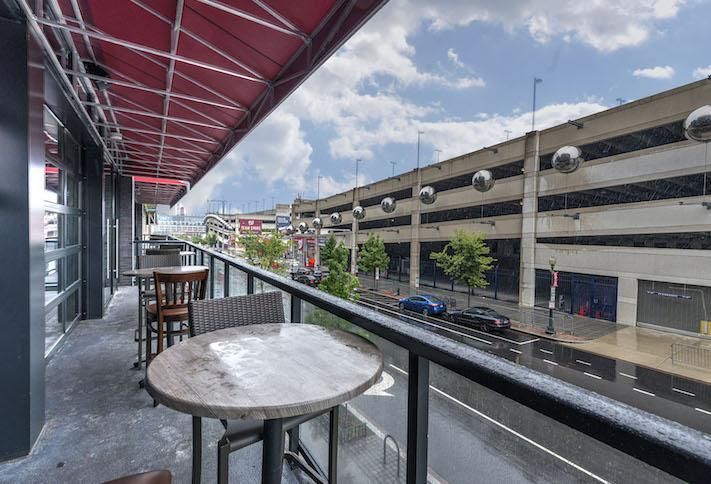 Mission
The front balcony at Mission, looking out toward the entrance of Nationals Park

Mission: The Mexican restaurant and bar sits directly across the street from the ballpark in the ground floor of JBG Smith's 1221 Van apartment building. The second Mission location after Dupont Circle, it opened just in time for the MLB All-Star Game in July.

Walters Sports Bar: Also at 1221 Van, Walters Sports Bar had been pushing to welcome its first customers on Opening Day, but it posted on Facebook Wednesday it would not hit that target and plans to open soon. The sports bar previously operated in Northwest D.C.'s Park View neighborhood, but announced in December it plans to open across from the ballpark.

Circa: Casual bistro and cocktail bar Circa opened in February in the ground floor of Skanska's 99 M office building, one block north of Nationals Park. The concept from Falls Church-based Metropolitan Hospitality Group also has locations in Chinatown, Foggy Botton and Clarendon.

Wiseguy Pizza: The New York-inspired pizza chain opened in October in a stand-alone building inside the park at Second and M streets SE, about three blocks from the ballpark. Wiseguy also has locations in Chinatown, Foggy Bottom and Rosslyn.

Several other bars and restaurants are slated to open during the season, according to the Capitol Riverfront BID, including Dacha Beer Garden, Shilling Canning Co., Hatoba, Local Pizzaiolo, Albi and Maxwell Park. 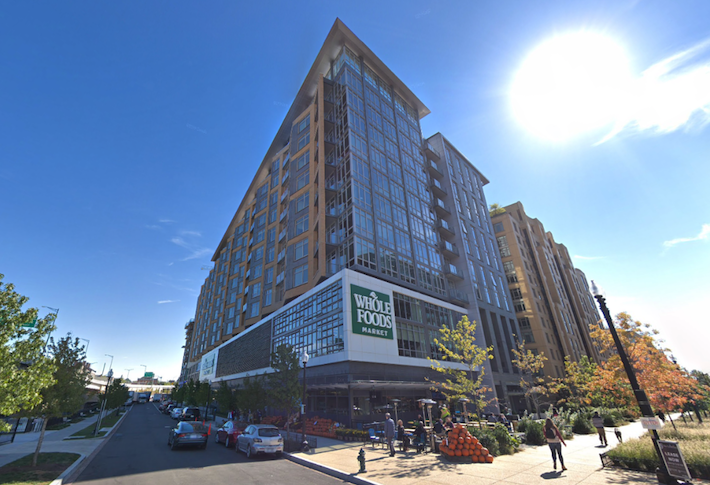 Grocery And Other Retail

Lululemon: The clothing retailer opened in December at 300 Tingey St. SE, part of The Yards megaproject.

Barre3: The fitness studio opened this fall at F1RST, the apartment building one block from Nationals Park.

Boombox Boxing Club: The fitness club signed on at 1221 Van and is planning to open this spring. 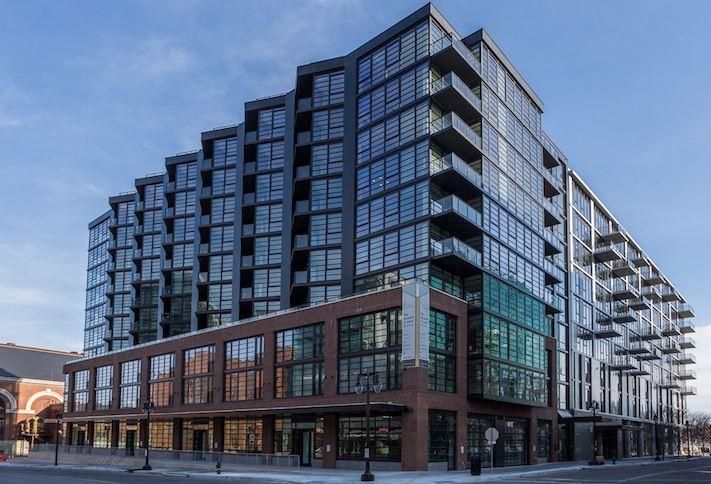 The Bower: PN Hoffman's condo project delivered in January at 1300 Fourth St. SE, the first for-sale residential building at The Yards. The Bower has already sold over 75% of its 137 units, according to the developer's website. The building features a rooftop lounge with a bar, fireplace, outdoor terrace and grill area and a fitness studio.

Novel South Capitol: The first residents moved in late February at the 539-unit apartment project at 2 I St. SE. The 13-story development from RCP Development Co. and Crescent Communities features two residential towers, the second of which will open later this year. Its amenities include a rooftop pool, a clubroom with two bars, an event space with billiards, a coworking center, a fitness center and a dog park.

Envy: Jair Lynch Real Estate partners is holding a grand opening celebration April 11 for its 127-unit condo building at 70 N St. SE, directly to the north of the ballpark.

Callisto: The first phase of Murillo Malnati's apartment project delivered last year with 18 units at 816 Potomac Ave. SE. The project sits just south of Barracks Row on the eastern side of the Capitol Riverfront neighborhood, less than a mile from Nationals Park.

Emblem at Barracks Row: Also on the eastern side of the neighborhood, Bozzuto delivered a 20-unit condo project last year at 801 Virginia Ave. SE.

The sky of Capitol Riverfront is still lined with cranes building new apartments. There are currently 19 multifamily buildings under construction within the Capitol Riverfront BID boundaries, which includes the Buzzard Point area around Audi Field.

New ballpark-area buildings that could deliver during baseball season include West Half, JBG Smith's apartment building next to 1221 Van, Monument Realty's Avidian condos just north of JBG's building and Guild, a 191-unit apartment building at The Yards next to The Bower condos. 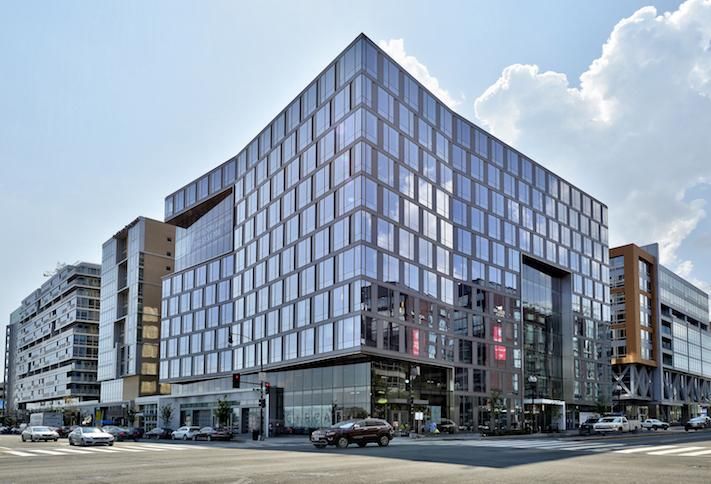 D.C. Water Headquarters: Skanska also provided construction services for the new headquarters for the D.C. Water and Sewer Authority, which delivered last year at 125 O St. SE, one block east of the ballpark.

Two additional office buildings are under construction in the neighborhood, the National Association of Broadcasters' headquarters at 1 M St. SE and the future home of the D.C. Department of Transportation at 250 M St. SE. A new office building at The Yards has been pre-leased to Chemonics and is in the planning stages.

No hotels have opened recently in the neighborhood, but a 225-room Thompson Hotel is under construction and expected to open next year at The Yards.