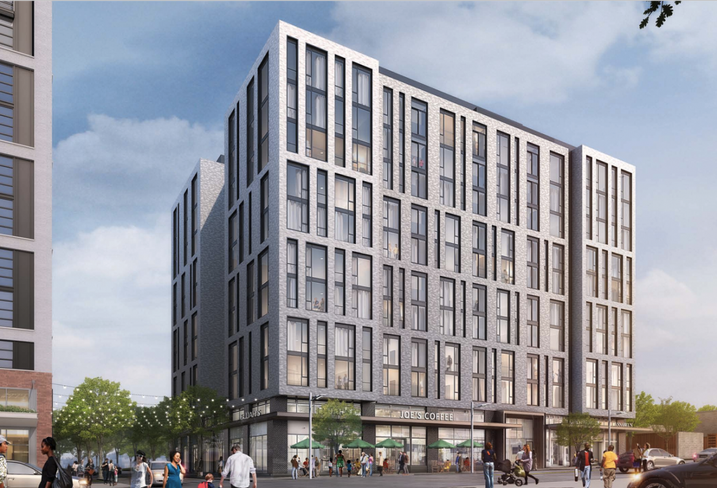 Shalom Baranes Associates
A rendering of the development planned by Edens and Great Gulf at 1300 4th St. NE

Union Market Neighbors last week filed an appeal in the D.C. Court of Appeals over the approval of 1300 4th St. NE, a 138-unit project with ground-floor retail planned by Edens and Toronto-based Great Gulf. It is the seventh project the group has appealed since 2016 in the Union Market neighborhood, which has turned into the front line of a city-wide battle over new development.

The project, approved by the Zoning Commission in September, is the second phase of a development Edens is building on 4th Street, two blocks west of the developer's popular food hall that has sparked the revitalization of the industrial neighborhood. The first phase, a partnership with Level 2 Development and Trammell Crow Residential, is expected to deliver in Q4 with 432 units and a 20K SF Latin marketplace. Edens declined to comment.

Chris Otten, a well-known activist representing Union Market Neighbors, filed a four-page letter during the project's Zoning Commission process that outlines some of his objections. His arguments ranged from the project's density and height to its affordable housing and parking ratio, to the increase in city services that would be required to keep up with the neighborhood's development. Otten declined to comment.

The Zoning Commission responded to each of Otten's objections in its approval order and questioned whether he should be considered a "zoning and planning expert," the title he used in his letter. 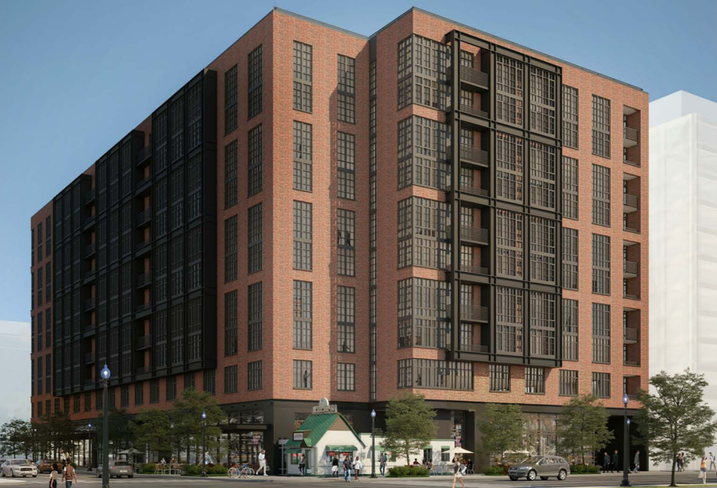 A Union Market-area project planned to bring 280 units to the corner of 5th and Morse streets NE was appealed Jan. 11. LCOR, which recently delivered The Edison at 1240 4th St. NE, received Zoning Commission approval for the 530 Morse St. NE project in September.

Having seen many of its neighboring projects get appealed in recent months, LCOR Vice President Matt Hard said upon receiving approval that he would not be surprised to see an appeal filed.

"Is that a risk? Sure," Hard told Bisnow in September. "But it's not one we're intimidated by. We think we rest on substantive grounds."

The appeal was not filed by the official Union Market Neighbors group, but instead by one of its members, Shanifinne Ball. In a filing in a previous case from Union Market Neighbors, Ball identified herself as a member of the group and said she lived in the neighborhood on 5th Street NE. In the filing, Ball said she wanted to see more housing built for the homeless community.

It remains to be seen how long the appeals will delay the projects from breaking ground. The court in November dismissed the first of the appealed projects in the neighborhood, Ditto's 56-unit 301 Florida Ave. NE, after a 16-month appeal process. A 64-unit project from J Street Development Co. at the corner of Congress and L streets NE was dismissed in December after a three-month process. Union Market Neighbors has appealed four additional projects, all of which are still pending in court:

Only one of those projects, Foulger-Pratt's, has been given a hearing date on the court's calendar: Feb. 7. Foulger-Pratt's Adam Davis, speaking at Bisnow's BMAC event in November, said it was promising to see Ditto's project dismissed and he hopes it will lead the court to resolve the other cases soon. He said Foulger-Pratt has been talking with the D.C. Council and the mayor's office to help clear up issues with the process.

"For these groups to come in at the last minute and just throw a bomb, it's very difficult," Davis said in November. "It becomes difficult for our EB-5 investors, for our equity investors. It creates a lot of uncertainty."

While the Market Terminal development's appeal is still outstanding, Kettler has taken steps in recent weeks to move ahead with the project. The developer Friday closed on the acquisition of one of the warehouse properties on the site where it plans the 1.25M SF development. It also reached a deal with Carr Properties, which acquired and plans to develop the office component of the project at 350 Morse St. NE.

The D.C. government has been supportive of efforts to develop the Union Market area. The council in November voted to approve an $82M tax-increment financing package to create parking and improve infrastructure in the neighborhood.

D.C. also included much of the Union Market development pipeline in one of its four proposed sites for Amazon HQ2. Last week, D.C. was named as one of 20 finalists, along with neighboring Montgomery County and Northern Virginia, for the $5B second headquarters.

While Union Market has the highest concentration of projects stuck in court, these appeals have become increasingly frequent across the District. Sixty-four appeals have been filed since the start of 2013, the year the court first overturned the approval of a project in Brookland, compared to 28 appeals between 2000 and 2012.

"The recent uptick in appeals that contradict the public process and policies have placed 13 projects in limbo, including these two projects," Chief of Staff to the Deputy Mayor for Planning and Economic Development Andrew Trueblood said in a statement. "These appeals have harmed the District’s ability to grow and have caused the delay or potential loss of at least 1,000 affordable units in the District.”

D.C.'s Office of Planning recently began efforts to slow the flood of appeals by amending the District's Comprehensive Plan. The amendments it introduced to the D.C. Council Jan. 9 would clear up ambiguous language in the plan that opponents have used to appeal projects.