A new affordable housing project on the eastern edge of D.C. is moving forward. 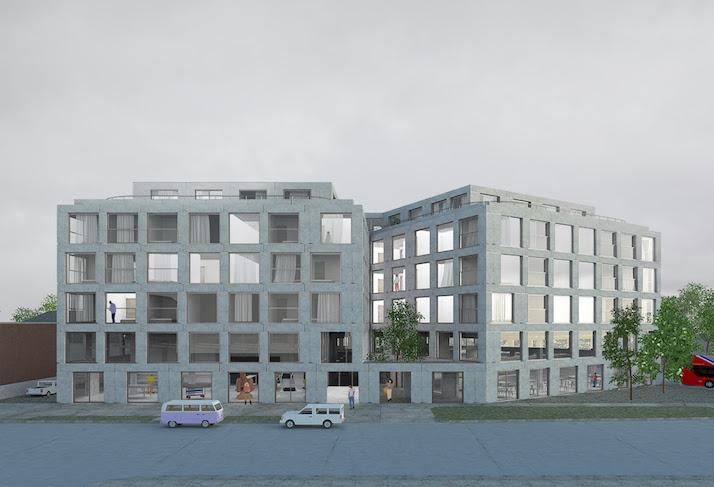 Neighborhood Development Co. secured financing this week for a 63-unit project with 4K SF of retail at 1100 Eastern Ave. NE. It plans to break ground next month and deliver the project in 2021.

"It was a very complex project," NDC CEO Adrian Washington said Friday. "We started with our government funding partners and convinced them it was an important project for the city overall, with its strong need for affordable housing, and for the Deanwood neighborhood in particular in that we're going to be providing neighborhood-serving retail on the ground floor."

The project sits at the intersection of Sheriff Road NE and Eastern Avenue, which represents the border between D.C. and Maryland. It is one of several developments moving forward in the Deanwood neighborhood, including an 86-unit affordable housing project that DCHFA financed last year.

"It's a neighborhood with a real, rich history and a neighborhood that is experiencing gentrification, and we thought it was a good opportunity to preserve the affordability in the neighborhood," Washington said. 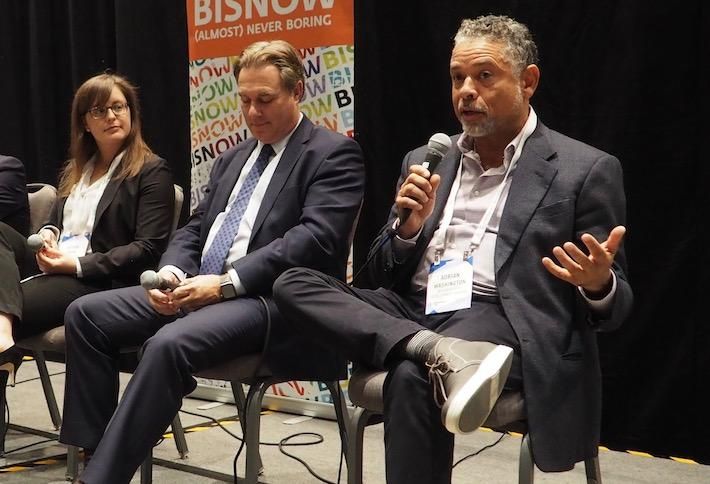 NDC acquired the 1100 Eastern Ave. NE property in October 2018 for $2M, property records show. The same month, the retail tenants that previously operated on the property filed a lawsuit against NDC and Washington, claiming they were forced to immediately vacate without warning.

The lawsuit is still active in D.C. Superior Court, with a hearing scheduled for April 10. NDC and Washington filed a response to the lawsuit denying the allegations.

Washington tells Bisnow he recently reached a settlement with the plaintiffs upon closing of the financing package that includes paying relocation expenses. He also said he is looking to bring two of the previous retailers that operated on the site — a barbershop and a day care — back into the new building.

The Department of Housing and Community Development announced the financing for the Eastern Avenue project Friday along with the financing of another project in Northwest D.C. It provided $7.4M in Housing Production Trust Fund financing for Dantes Partners' 38-unit affordable project at 809 Kennedy St. NW that it named after Todd Lee, the former head of the DCHFA who died last month at 51.

The HPTF investments represent part of D.C.'s efforts toward reaching Mayor Muriel Bower's goal of creating 36,000 new housing units by 2025, of which 12,000 are intended be affordable.

"Every investment we make in producing or preserving affordable housing is significant,” DHCD Director Polly Donaldson said in a release. “But honoring the life of Todd Lee is an added incentive to ensure that our investments are reaching the most vulnerable residents."