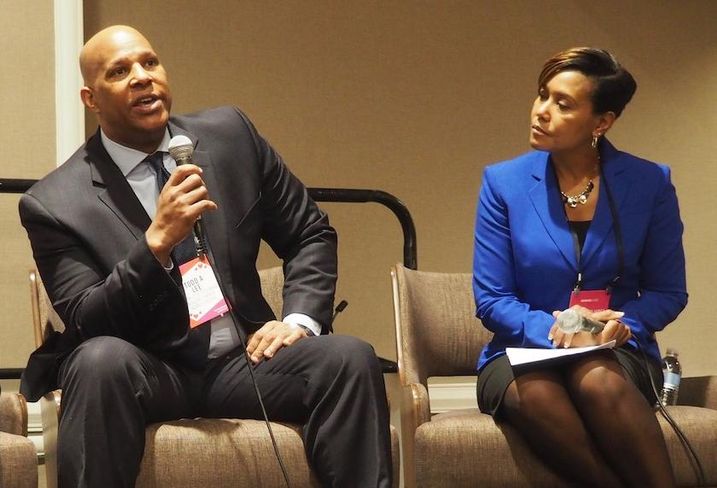 Todd Lee, who became D.C.'s top housing finance official after a 25-year career in the private sector, died Wednesday. He was 51.

Interim Deputy Mayor for Planning and Economic Development John Falcicchio announced Lee’s passing in a statement Thursday. Lee’s death was unexpected, a D.C. Housing Finance Agency spokesperson said, but a cause was not disclosed.

"Todd was a true champion for D.C. and a tremendous public servant," Falcicchio wrote in the statement. "We will miss his leadership and friendship. Today, our hearts and prayers are with Todd's family, friends and colleagues."

Lee was hired as the executive director of the DCHFA in 2016. The agency provides financing for the development and preservation of affordable housing, and it operates programs aimed at expanding homeownership in the District.

Prior to his role at DCHFA, Lee spent 15 years at Fannie Mae, where he served as vice president and managed a team that made equity investments in multifamily projects. Before joining Fannie Mae, he worked for Bank of America, Chevy Chase Bank, NationsBank and Riggs National Bank, where he began his career in 1991.

Lee is survived by his wife, Melissa, and two children.

Dantes Partners Managing Principal Buwa Binitie, the chairman of DCHFA's board of directors, told Bisnow Thursday that he and Lee developed a strong friendship, and the two often discussed their children, who are around the same age.

"Todd was first and foremost an amazing man and loved his family deeply and wanted everybody around him to succeed, particularly the residents of the District of Columbia, who he worked tirelessly for to ensure that they have an affordable place to live," Binitie said. "He’s going to be sorely missed. And for those of us who have anything to do with providing housing and supporting housing, we have to continue to honor his legacy."

EagleBank Chief Real Estate Lender Tony Marquez said he has been friends with Lee for more than 15 years, having met him when they worked together at Chevy Chase Bank. He said he hopes Lee's legacy will be the positive impact he had on housing affordability in the region, but he will also remember him as a good man.

"When you saw the physical Todd Lee, as big as he was as a former college linebacker at William & Mary, it belied what a gentle giant and great guy he was," Marquez said.

CORRECTION, JAN. 2, 5:40 P.M. ET: Todd Lee was 51 when he died. A DCHFA spokesperson incorrectly stated his age as 52. This story has been updated.