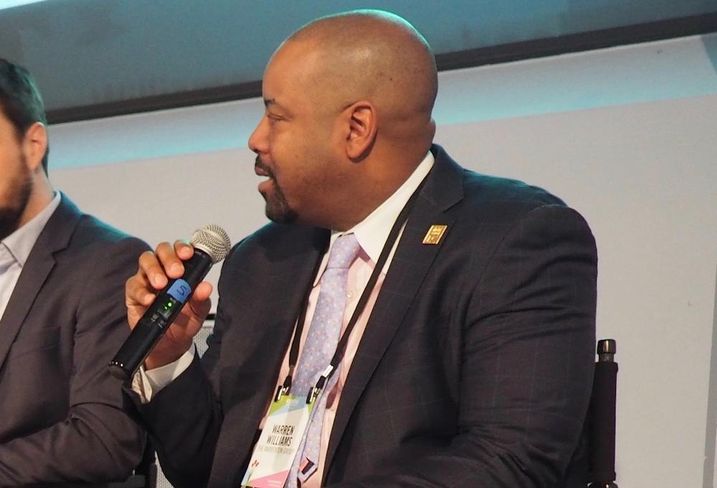 The Warrenton Group is the most active developer in Deanwood, a Northeast D.C. neighborhood just east of Interstate 295 and on the Metro's Orange and Silver lines. Its projects include the 530-unit Kenilworth Courts redevelopment, the 150-unit Deanwood Hills affordable project, the 86-unit Strand Theater redevelopment and the 183-unit Deanwood Town Center. Bisnow caught up with Warrenton Group CEO Warren Williams to get the latest on these projects and hear his thoughts on the neighborhood.

Bisnow: You are working on at least four projects in the Deanwood neighborhood right now. When did you first get involved in the neighborhood and what drew you there?

Williams: I've been out there since 2007 working in the Deanwood neighborhood. I've got a sister from my dad's previous marriage that grew up out there. I was always amazed at the beauty of the Deanwood neighborhood, just how wide the street grids were and the trees and the parks, the Marvin Gaye Park in particular and the Anacostia trail. The proximity to Metro and to downtown also were some of the reasons why that sleeping giant of a neighborhood was really attractive to me.

Bisnow: You are one of the partners on the Kenilworth Courts redevelopment. When do you expect that project to move forward?

Williams: Kenilworth Courts is a really special project because we have a wonderful opportunity to replace some of the older public housing stock with brand-new housing and brand-new amenities. What’s really important is we’re replacing the larger bedroom sizes, that’s been an issue all around the city and quite frankly in some of these appeals of the PUDs. We went through the PUD and we were able, because of the support of residents, to get right out of it because we were one of the development teams that said, ‘Hey, you live in a five-bedroom, we’re going to replace your five-bedroom.' So right now we’re through the first phase of the PUD, we received demolition approval from HUD, and we’re looking forward to in this next quarter actually beginning that demolition, as well as bringing our plans through to ultimately get to a closing in the first quarter of next year and begin going vertical.

About 18 months from then, we should be complete with the first 166 units that will be along Kenilworth Avenue to establish that gateway presence as it relates to 295. We want the first thing that folks see when they [are] driving into the District to be the brand-new Kenilworth Courts. So we’re going to start on that first phase sooner thanks to folks in the Deputy Mayor's office in allowing us to begin with demolition and our infrastructure prior to us going vertical. When you’re replacing 290 units and coming back with a total of 530 units, you’ve really got to do all new infrastructure. A lot of that stuff had been there for many years and was some of the original housing stock from back in the '40s, '50s and '60s.

Bisnow: You also have this Deanwood Hills affordable housing project. Where is that in the process?

Williams: We broke ground on that one, it is reaching completion and we hope to have the ribbon-cutting in the month of July. It will be a great success because we got 50 replacement units for the residents of Lincoln Heights. A third will be for those making 30% or below AMI and the rest for those making between 50% and 60% AMI. That's what we believe is the right mix. Torti Gallas did an amazing job with the design. The green space is going to be very nice. We’re looking forward to them moving into the brand-new units. Nothing brought me more joy than taking them on a tour a couple Saturdays ago and seeing the brand-new units. That was probably one of the highlights of my career. 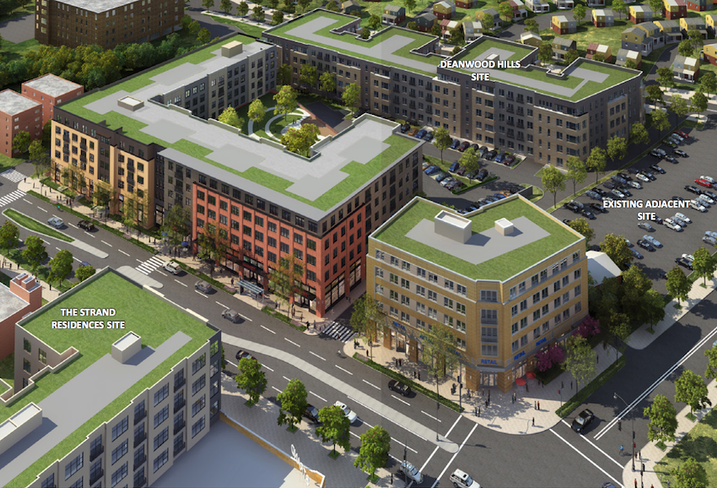 Bisnow: I know you're also planning the redevelopment of the Strand Theater to multifamily and retail. What will that project look like?

Williams: It was a stand-alone theater and we went out and bid on it with the hopes we could bring some high-quality retail to that intersection. We have had to say no to some inferior retailers, by the good grace of the City Council in particular for giving us a couple of extensions on our ground lease to negotiate. It was important for me to bring the right mix out to Deanwood, frankly, and I think we are. We’ve taken a huge step by getting the Ivy City Smokehouse to agree to come to the Strand. On the residential side, we’ve been through the PUD, and we should be all closed by December and should have a groundbreaking. We’re super excited about that. It’s been a collaboration between DCHA, DMPED and the City Council. And the Resident Council at Lincoln Heights has been a great part of the Deanwood Hills and the Strand development. They’ve been supportive every step of the way.

Bisnow: Across from that you have a 183-unit Deanwood Town Center project. I saw you applied for the PUD in the fall. What does the plan look like for that project?

Williams: Thank goodness the Zoning Commission continues to smile down on me, but yeah, the PUD is approved. We’re in the process of going through our acquisitions of the parcels and we’re going to begin our permits late this fall after the acquisitions are completed. We’re looking forward to a groundbreaking in the middle of the summer of next year.

Bisnow: Do you have any other projects in the neighborhood?

Williams: We recently completed a 71-unit project at 4000 Benning but I call that more downtown Ward 7 than Deanwood. It really has been a long-term passion to work in that neighborhood. Relationships aren’t built overnight. On the local ANC level to the council, as well as members at large, all the stakeholders have welcomed new development and the importance of having community buy-in. I wish more developers took the approach we did, sort of boots on the ground, really being responsive. I do think that would cut down on a lot of the appeals and litigation we’re seeing.

Bisnow: What is your overall vision for Deanwood when all of these developments are completed? What will it look and feel like to walk around that neighborhood?

Williams: Well one of the things I’m big on is leveraging, the one thing that is our company motto is "Your neighborhood, our commitment." So according to what I’m hearing from the neighbors and stakeholders is they want a walkable community, one that has grocery certainly, has amenities like a pharmacy, sit-down restaurants and local coffee shops. We’re trying to make sure we’re giving retailers preference for being stakeholders in the neighborhood where possible.

My vision is very much aligned with the residents' vision where they will open and own some businesses and have the amenities other neighborhoods have. One of the things that always stuck in my mind was when I did my first meeting out in the neighborhood at the Lincoln Heights Residents Council, I kept getting this question: "Are you going to have deep freezers in your units?" I kept saying, "Yeah, we’re going to have freezers." Then I go to the next panel and this deep freezer thing kept coming up. I had to think back to my own upbringing and visiting my grandmother. Frankly where I grew up, we had a freezer too, but the correlation just didn’t make sense in multifamily living.

Bisnow: Which of these projects you're working on would best support a grocery store? What are you looking at specifically?

Williams: The town center certainly could support a small grocer. We’ve got between 12K and 15K SF of space for that. The interesting part of this whole piece I wasn’t able to touch on yet, my hope was to leverage the public and private dollars to ultimately get private investment to come in and look at these neighborhoods as something different, as something new, fresh, and to understand the spending power that occurs out of these wards. There’s a food and retail desert in Ward 7 and Ward 8, however, there’s not an Air Jordan shortage.

What I’m saying by that is when retailers are looking from 3,000 miles away in Montana at a map, they see the disproportionate amount of public housing and the AMI suffering. The private investment in Deanwood, folks buying houses, improving houses, and deciding to stay in the neighborhood and not to move out, to realize that where they’re living is actually the hot spot, and not fleeing and going to neighboring jurisdictions. I believe some of those reasons are going to be the reasons why there are going to be new grocers, there are going to be new stand-alone CVSs whether they’re in my development or others.