San Jose's multiyear commercial property boom has reportedly reached record levels as the growing city enters what some observers feel will be a city-defining decade. 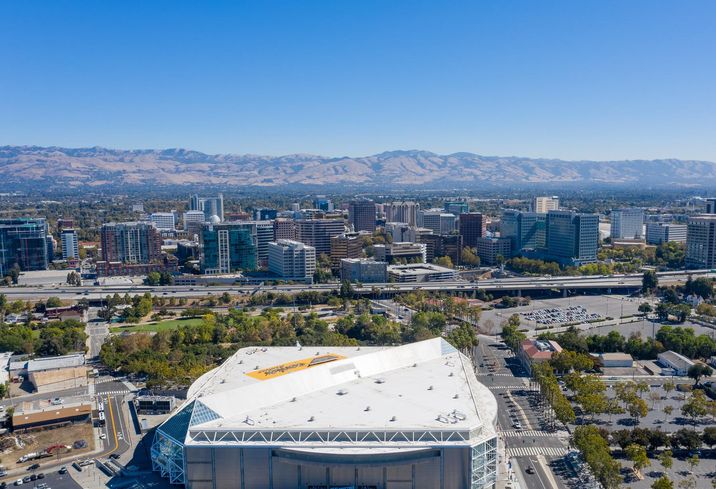 Much of the interest in San Jose stems from the ambitions of Google, now in the midst of community meetings for its massive transit village around Diridon Station, which is supposed to include about 6.5M SF of office, up to 5,000 homes and 500K SF of retail, hotel and other uses. The company and city estimate around 25,000 people will work in the revitalized area.

Google alone has spent almost $400M since 2016 in gathering properties for its plans, according to the Mercury News, but a handful of other investors have dropped tens or hundreds of millions of dollars on properties that could reap secondhand value appreciation from Google's investment and/or have launched large-scale projects that could be market drivers of their own.

Developer Urban Catalyst, for instance, has acquired a handful of properties in the last year for a mix of uses, all within about a mile of Diridon Station.

Jay Paul has designs for a megaproject of its own, having spent about $700M on downtown property since entering the San Jose market about one year ago, according to San Jose Spotlight. The San Francisco-based developer just broke ground at 200 Park Ave. for what will be the city's tallest office building. And across the street it has plans to turn CityView Plaza into a new 3.6M SF office complex.

Then there are Gary Dillabough, Jeff Arrillaga and Urban Community, another recent entrant to San Jose. The developer has closed on $300M in downtown property since 2017 and has reported plans to spend as much as $4B by 2030. Dillabough recently told Bisnow he thinks San Jose will continue to grow partly at the expense of business parks in some of Silicon Valley's smaller cities as companies prioritize an urban location.

Though average asking rents for Class-A space in San Jose roughly equal the rest of Silicon Valley, rent growth in the downtown of the region's de facto capital have outperformed smaller nearby cities, increasing 14.2% this year compared to the regional average of 4.4%, according to Cushman & Wakefield.

Broken down, San Jose's three-year investment run illustrates growing interest on its own. Deals totaled $606M in the 2016-2017 fiscal year, $1.1B in the 2017-2018 fiscal year and $1.3B in the fiscal year ending in June, with deal volume increasing over that time as well, the Mercury News found.

Looking ahead, most panelists at Bisnow's San Jose event in September, including Rubicon Point Partners managing partner Ana Boladian, said factors like Google's investment and the city's job growth mean the last three years could be just the beginning.

"[Rubicon Point Partners] generally has a long-term perspective, and we think that downtown San Jose — particularly if some of these big projects come to fruition — will be likened to downtown Oakland and San Francisco," Boladian said at the time.