Demand Rising For Offices In Historic Buildings, But Supply Limited

Bay Area developers are finding a tremendous benefit to adaptive reuse: Tenants want to be in these architecturally unique buildings. 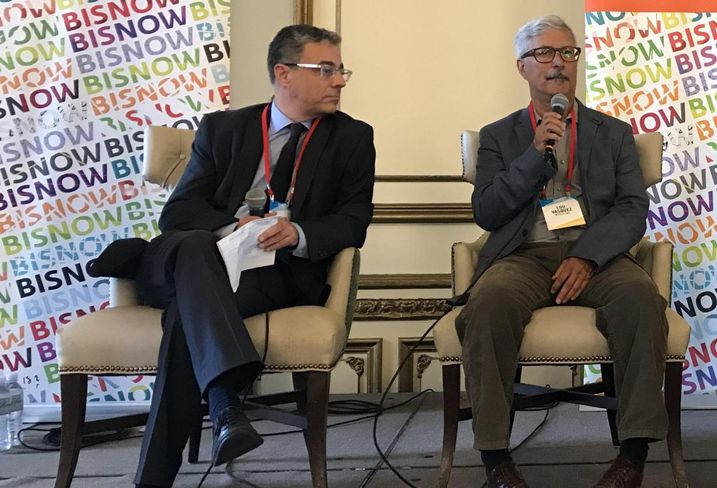 “Everyone wants brick and timber, but there is only so much of that and a lot of it’s been taken,” Build Inc. President and partner Lou Vasquez said during Bisnow’s Bay Area Construction and Development event.

While the temptation might be to tear down an old building, especially if it costs too much to restore it, there is inherent value in restoration, Vasquez said.

“We really wish we had more buildings at Historic Pier 70. Our tenants are excited about being in architecturally unique spaces,” Mora said. 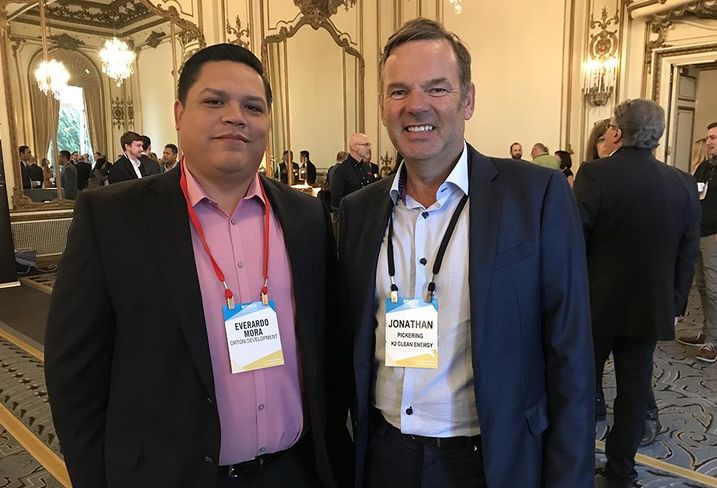 Adaptive reuse also is becoming increasingly popular for nonprofits. Equity Community Builders principal John Clawson said much of the adaptive reuse his company has done has ended up working better for nonprofits, which are struggling to find affordable offices.

For example, he highlighted what Equity Community Builders did at the LGBT Center in San Francisco, which tripled the available nonprofit space.

“A lot of [adaptive reuse] is a bit of a survival mode for arts and nonprofit organizations,” he said.

Tear It Down Or Build It Back Up?

Despite these benefits, adaptive reuse comes with many challenges, some of which increase time to delivery and cost to redevelop. While developers want to make spaces workable and feasible for tenants to rent, that is not always possible in historic preservation projects that can’t easily be adapted, Mora said.

“You definitely have to sit down and get into the heads of the historic reviewer,” he said. 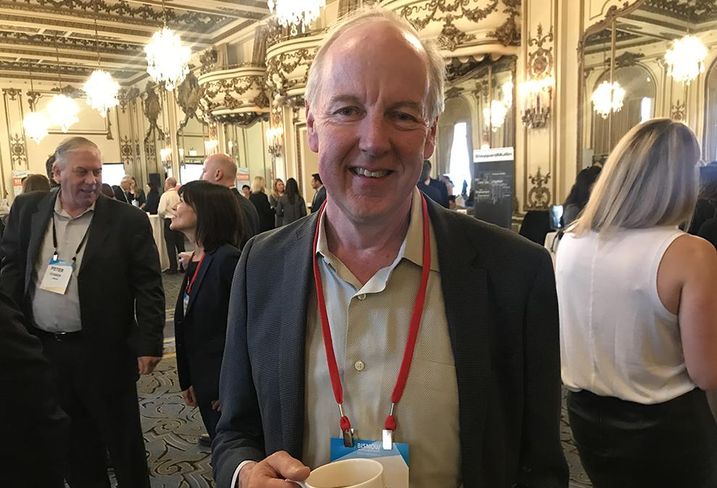 One of the biggest challenges was getting other stakeholders to understand the vision Orton Development had for the site. Luckily the Dogpatch community was supportive of the project and wanted the lights to be turned on at these sites, Mora said.

“The public really wanted to have the spaces return to functional use,” Mora said. “It was very unsafe and attractive to crime and vagrancy.”

Working within the confines of a historic building also means not tearing down a wall or a column to make way for more open office space.

“That was one of the biggest challenges: coming up with a design that was functional and useful for the long term,” Mora said.

There was a lot of close management of construction crews to make sure they didn’t accidentally destroy historic elements of these buildings, Mora said.

After much of the shoreline was filled in along the southeast, historic shipbuilding sites are now much farther inland than they used to be. The company has negotiated with an owner of a former shipbuilding site that now sits inland, Vasquez said. Build is working with the owner to move the building closer to the shoreline and to restore it into a mixed-use building, he said. 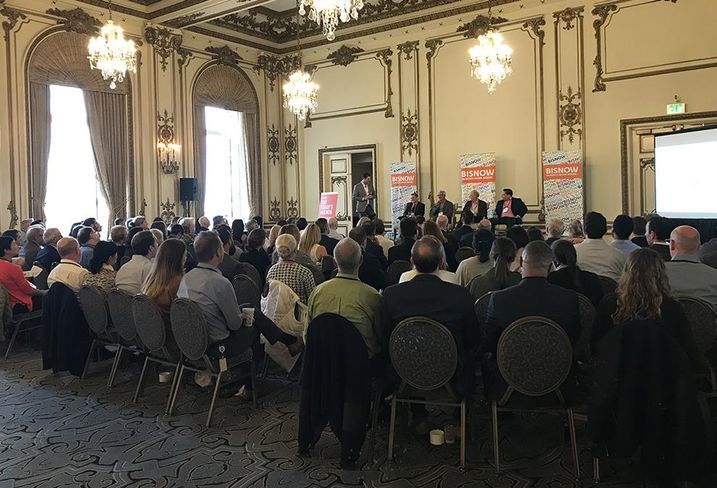 Equity Community Builders is working with Emerald Fund to redevelop California College of the Arts’ 4-acre Oakland campus, Clawson said. CCA is unifying its campus at San Francisco and wants to monetize and redevelop its original campus, which contains several historic buildings.

The challenge of this site will be to balance adaptive reuse of a historic site, preserving the character while also providing 500 to 600 housing units, Clawson said. Preserving the 100-year art history at the site also is an important element for CCA, Clawson said.

Equity Community Builders also has redeveloped several historic buildings in The Presidio, where different issues cropped up. Clawson said getting approvals for new buildings that fit within the character of the historic area can be particularly difficult.

“The whole dance between historic buildings and new buildings is really a challenge,” he said. 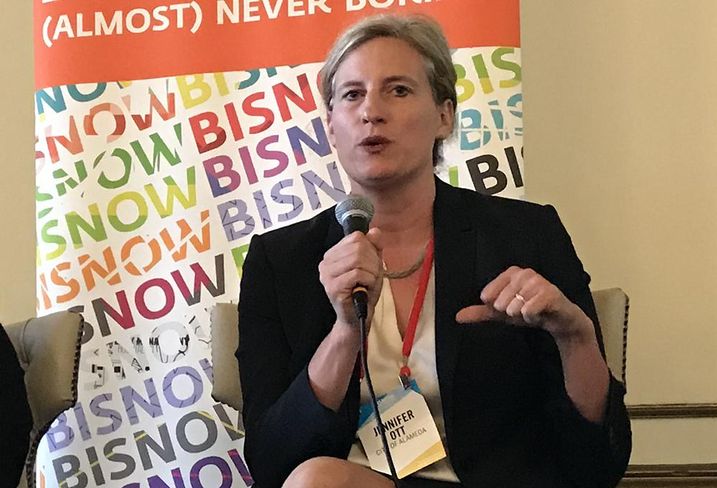 At Alameda Point, a former Naval air station, the city found that there was a lot of interest in refurbishing the aging buildings. These buildings have already attracted commercial development, Alameda Chief Operating Officer Jennifer Ott said. Kairos Power previously signed a 55K SF lease at West Tower 9, a former hangar/manufacturing building near the waterfront. Other existing tenants include breweries, wineries, a sports complex and other office tenants.

The city of Alameda has overcome some adaptive reuse challenges by creating public-private partnerships to bring in more developers and investors. Alameda has been working to redevelop Alameda Point into a mixed-use waterfront community that will include thousands of housing units, millions of square feet of office, a new ferry terminal, retail and public parks.

The initial phase for the master-planned 68-acre Site A, which will include 800 units of housing and 600K SF of office at full build-out, broke ground in May.

Ott said it has taken over 20 years to get to initial construction and required several different strategies to make it work. Originally, the city worked with two separate master developers to oversee the 900-acre site, but that didn’t work out because there was too much uncertainty with the land exchange, aging infrastructure and other elements.

Now the city has taken on the role of master developer and has been splitting up the site into smaller parcels to make them easier for developers. It also acquired much of the land that helped remove much of the uncertainty. The city has created master entitlements, a master infrastructure plan, specific plans and did an environmental impact report to help speed up redevelopment and remove a lot of uncertainty.

“There are very few developers that can afford 900 acres and hold it for 33 years,” Ott said.