With land becoming scarce in San Francisco and much of downtown being built up, developers are getting creative to find the next big development opportunities. From Central SoMa to the waterfront, these developments will be key in increasing density to meet demand for housing and office. 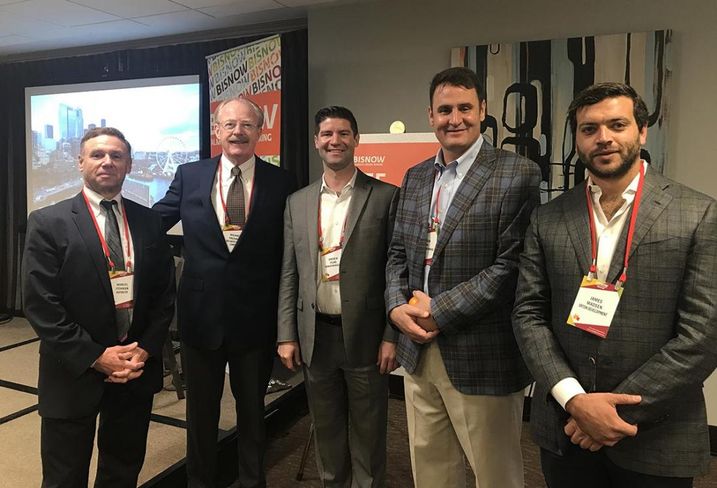 The Association of Bay Area Governments predicts there will be 820,000 new housing units and nearly 1.3 million jobs created in the region by 2040. This represents a 32% increase in housing and 37% increase in jobs. San Francisco, Oakland and San Jose will benefit from a 43% increase in jobs and 46% increase in new homes, McCarthy Cook & Co. Executive Vice President Michael Freeman said during Bisnow’s San Francisco Re-Positioning and Development Innovations event Wednesday.

In San Francisco, there will be a 40% increase in housing units by 2040, many of which will be added to the eastern part of the city. On a combined basis, the eastern neighborhood projects underway will create over 32,000 residential units, 22M SF of office and commercial and 1.1M SF of retail, according Freeman. 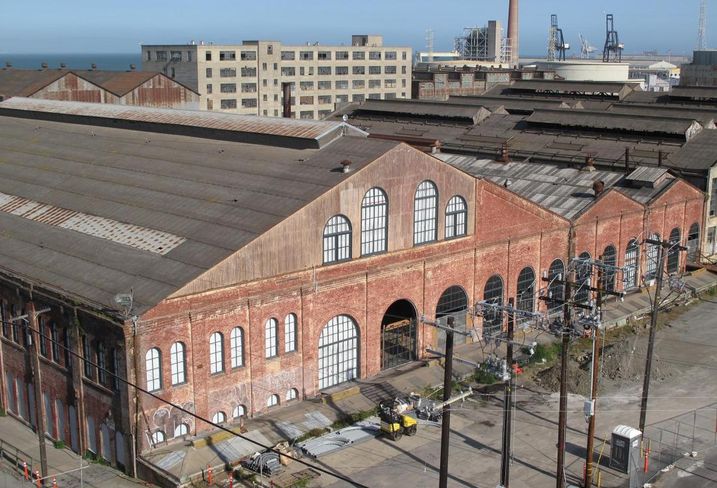 Courtesy of Will Johnson
Historic Pier 70 in San Francisco

Historic Pier 70 will be one of the first projects completed along the eastern shoreline. Orton Development recently fully leased the 300K SF office complex.  The developer prefers projects that can often be complex, are less competitive and require rehabilitation, such as what was required at Historic Pier 70, according to Orton Development partner James Madsen. The waterfront was ideal because of the many opportunities, despite the many challenges.

“The Port of San Francisco has some of the best real estate in the world,” Madsen said.

The caveat is it also has some of the biggest unmet capital requirements in the world with sea level rise and maritime conditions. Many of the buildings along the waterfront are derelict and the historic buildings were expected to collapse during the next big earthquake and required significant seismic upgrades, Madsen said. Getting buildings to code is very expensive. He said the regulatory complexity and cost of construction have been the biggest challenges to this project.

Building within Dogpatch and working with the local neighborhood association was not as difficult, he said. The association is more amenable than other organizations since more densification has brought in amenities such as restaurants and improvements to infrastructure, which the neighborhood has long needed. 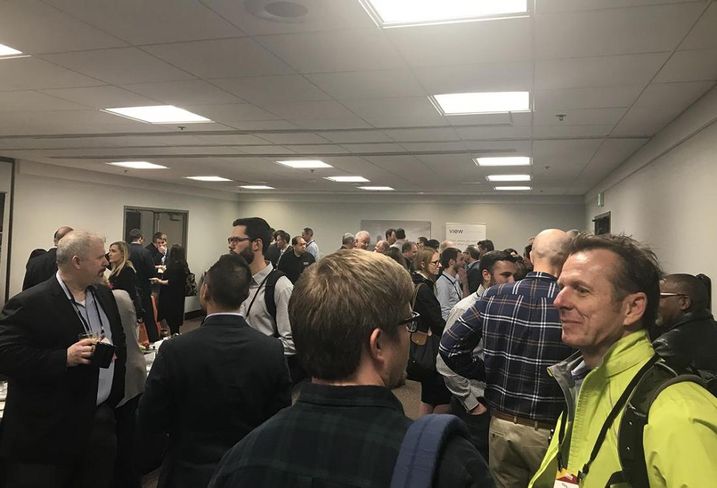 One of the next big projects over the next decade will be the redevelopment of the Potrero Power Plant, which is next to Pier 70.

While there are 150 years worth of environmental issues that could come up at this former power plant site, there are several benefits to pursuing complicated projects. If the process was straightforward, there would be a line of people a mile long vying for the site, Associate Capital partner Enrique Landa said.

“The beauty of it is you get to create a neighborhood,” Landa said.

On closer inspection, potential pollution on the site was not as bad as originally thought since the power production largely created air pollutants, Landa said. Much of the ground will need to be cleaned for petrochemicals, which Associate Capital has experience cleaning.

One of the icons of this new neighborhood will be an old chimney from the power plant that has been a part of the southeastern skyline for years. Landa said that structure may be converted into a bar and/or art installation that is connected to a 150-room hotel, which will be built out of the existing steel structure that carries old boilers.

The project will be mostly housing with over 2,000 housing units and include commercial, life science and retail. The property will incorporate a series of parks along the port and within the center of the project and also offer soccer fields on top of parking decks.

The Transformation of Central SoMa 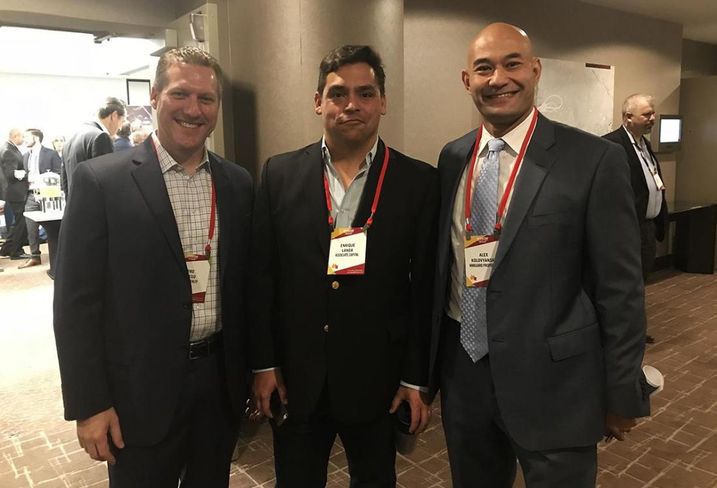 Central SoMa also will be reinvented over the next few years. Many building owners and investors have been waiting in the wings until the Central SoMa plan is finalized and approved to figure out how the existing building stock can be expanded, Swinerton Builders Vice President, Division Manager Andrew Pearl said.

Building owners along Bryant, for example, are considering adding four stories on top of a brick building, he said. Others may add another eight or nine stories, but are waiting to see what the city will allow.

“As the plan gets approved, we’re going to see an unbelievable amount of activity from clients waiting in the shadow of the plan,” Pearl said.

One of the biggest projects in the greater SoMa neighborhood that will completely change the existing building is Kilroy Realty’s Flower Mart at Sixth and Brannan streets. The project will turn the wholesale flower market into a new 125K SF market above ground and build 2M SF of office spread across three buildings, Kilroy Realty Senior Vice President Mike Grisso said. 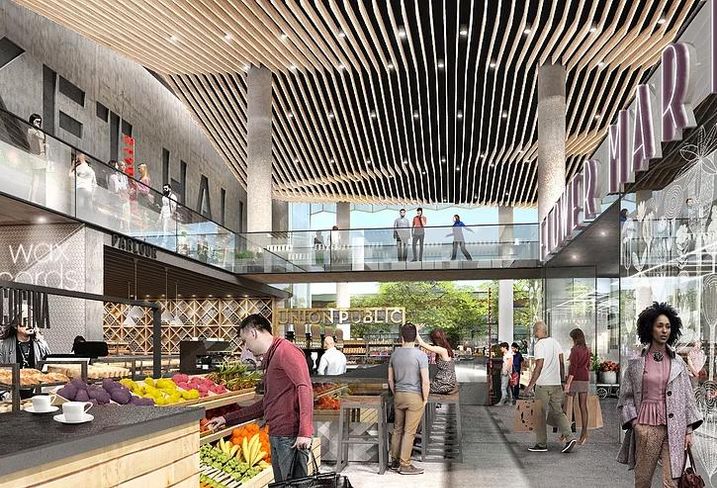 The original plan was to have the market underground, but after talking with flower vendors, these subtenants voted to have the market above ground. The project will retain 300 blue-collar jobs and provide vendors with affordable rents, Grisso said.

Retaining light industrial uses all over the Bay Area is becoming an important aspect of redevelopment and is adding something different to mixed-use developments. Voters approved Prop X last year that requires redevelopment to retain production, distribution and repair space, Grisso said.

PDR does not need to be repair shops, but has included small users who are selling a product online and manufacture and run operations out of the same building. He said PDR will bring a lot of new users to these developments that can add something different.