Millennium Tower's Litany Of Lawsuits Likely To Get Worse In 2018

Millennium Tower’s sinking and tilting problems are fast becoming a developer’s worst nightmare. The team behind the problematic building is facing multiple lawsuits and years of highly contentious litigation. 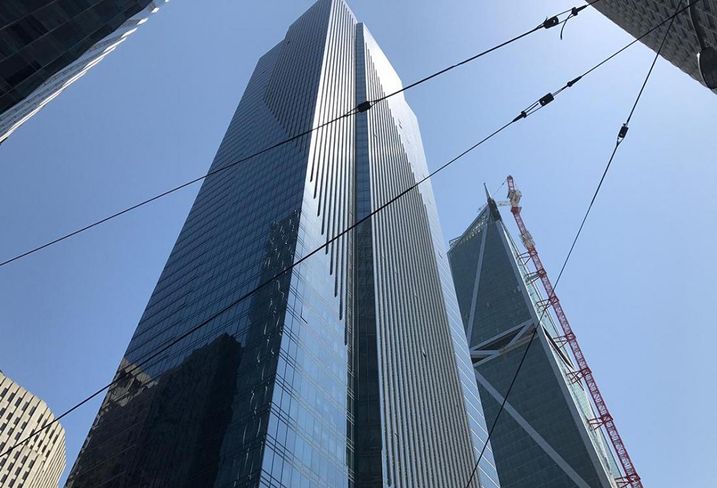 This year began what will likely be long legal battles over who should pay for the fix, and reported declines in home values as condo owners argue the building's problems have led to sharp declines in resale value. In 2016, the city attorney filed a lawsuit against developer Millennium Partners while the homeowners association filed a lawsuit against the Transbay Joint Powers Authority.

Bisnow reviewed how litigation and a potential fix have progressed in 2017. Here is what has happened this year:

Lawyers representing the tower's homeowners association, Millennium Tower Association, officially filed a civil lawsuit seeking over $200M in damages and naming the developers, contractors, engineers, architects and the TJPA in the lawsuit. Attorneys alleged the tower’s problems were known years before they were shared with homeowners.

Millennium Partners continued to point the blame at the TJPA for the tower's excessive settlement and condemned the lawsuit as a distraction from finding and putting a potential fix in place.

Former 49ers quarterback Joe Montana joined in the fray of lawsuits and officially filed suit against the developer, the San Francisco Department of Inspection and the TJPA. Montana and his wife, Jennifer Montana, endorsed and promoted condos in the tower and received a discount to lease and buy a home in the tower. The suit said the Montanas had no knowledge of Millennium Tower’s problems when they were promoting the tower’s condos. The couple bought their home for $2.7M and listed it in June 2016 for $4M. The listing has since been inactive.

Arup and LERA proposed a fix that would include drilling 50 to 100 piles into bedrock from the building’s basement to fix the leaning and tilting of the tower. The fix would cost $100M to $150M. As of July, an Arup report found the building had sunk 17 inches and is tilting 14 inches toward Salesforce Tower.

Residents also have issued additional complaints about problems in the tower. One resident complained of ongoing odor issues, and the homeowners association hired a consultant that later discovered possible fire risks: Smoke could pass through openings around pipes and ducts that are typically sealed with fire-resistant caulking.

About 100 residents in the tower received property tax breaks of about $3K from San Francisco due to declining values of the units. Residents have complained they spent millions on their units and do not think the units will sell for half of what they originally paid. The County Assessor reduced the property's assessed value by about $33M. 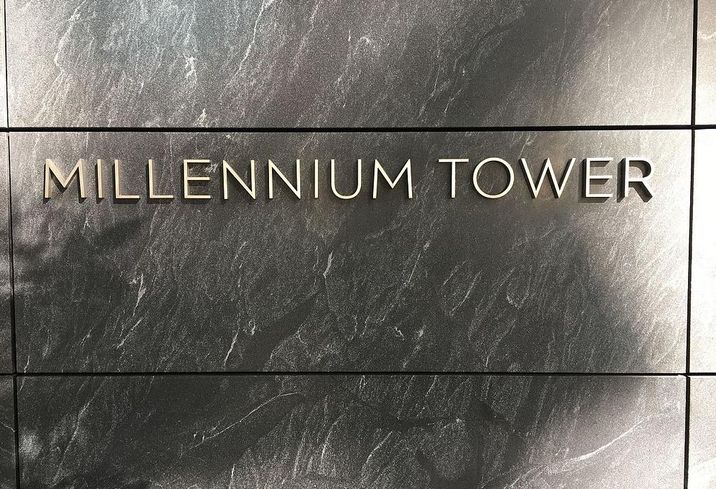 A report commissioned by City Administrator Naomi Kelly ruled the tower could withstand a magnitude 8 earthquake. Engineers Greg Deierlein, Marko Schotanus and Craig Shields said the sinking and tilting did not degrade building safety. This coincided with findings from engineer Ronald Hamburger, who was hired by the developer to complete a study in 2016.

Residents and city supervisors remained skeptical about the building’s safety and supervisor Aaron Peskin called for an emergency hearing to discuss the findings. Deierlein said during the hearing that he and the other two structural engineers reviewed two models and how they responded to a major earthquake. One model had settled 17 inches and the other had more settlement.

Deierlein said the top of the high-rise would drift about six inches, which is typical among tall towers during a large earthquake. The hearing also revealed the developer had not yet submitted a plan to fix the building’s settlement. Some residents were doubtful about the validity of the report, alleging it relied on previous studies commissioned by the developer.

Lawyers for the homeowners pushed for a speedy trial fearing the tower could sink another 10 inches by 2019. The lawyers were hoping for a trial by mid-2018 to fund a potential fix. During a hearing, a judge pushed key decisions off until October to give parties time to figure out how best to move forward. The homeowners association wants the judge’s endorsement of a plan to drive 150 concrete-and-steel piles through the tower's foundation to bedrock.

Lawyers representing 250 homeowners at Millennium Tower filed an amended complaint to the original lawsuit against the TJPA, alleging the public agency did not fulfill its legal obligation to prevent the tower from future ground movement during the construction of the adjacent $2.4B transit center.

The pre-construction environmental impact report said the public agency was supposed to protect existing structures during construction and monitor nearby buildings for movement. If structures were leaning or tilting, the document said the authority would respond to control ground movement, which the lawyers allege did not happen. The lawyers for the homeowners argue in the additional complaint that much of the building’s settlement had all but stopped prior to the beginning of the transit center's construction. The authority fell back on its original claim that the developer is to blame because it used a building design that did not push pilings to bedrock.

The TJPA also approved another $1.5M for attorney fees for the firm Jones Day, bringing the law firm’s bill to $3.5M since it was hired in December 2016. Officials expect most of those litigation fees to be paid back or reimbursed by contractors working on the Transbay Center or the contractors’ insurers.

A report on CBS’ "60 Minutes" revealed the tower is sinking at a rate of 1.5 to two inches annually. Engineer Jerry Cauthen said typical settlement for a building is four to five inches and said the developer’s mistake was building the tower out of concrete instead of steel, which is not as heavy as concrete.

Geotechnical engineer Larry Karp told "60 Minutes" the ground is full of sand and brick and debris from the 1906 earthquake and to hit bedrock, developers need to go 200 feet below the surface to prevent sinking and tilting for a heavy concrete building such as this one.

Cauthen said some of the solutions being considered include perpetually freezing the ground and taking away 20 stories to reduce the height, but drilling piles into bedrock would likely be the best method.

About 20 parties have filed various lawsuits about the tower and more lawsuits are expected.