Sacramento's Cheaper Than The Bay Area, But That's Not Enough To Sustain Long-Term Growth

The future of Sacramento is bright, but there is one catch: a lot of competition from other cities for businesses and talented workers, and not just for headline prizes like Amazon HQ2.

According to the speakers at Bisnow's first-ever Sacramento State of the Market event, the public and private sectors need to pull together to attract business and talent to the city. For the future of Sacramento to be really bright, it has to be more than merely a less expensive alternative to San Francisco. 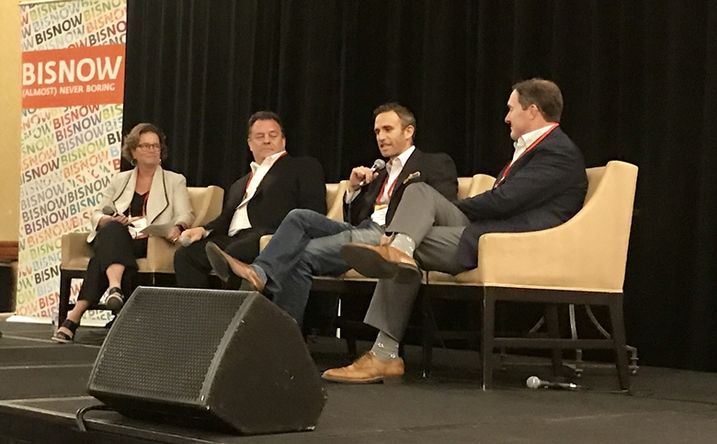 JMA Ventures' Todd Chapman, whose company is a partner with the Sacramento Kings NBA team on the Downtown Commons project, said that Sacramento has gone from aspirational to active.

"The pride is here. The ambition. Not just the Kings or DoCo, but everything that's happening Downtown.

"The city has a lot to offer people who want to live and work here. Harnessing that pride, and channeling that ambition, is the path forward," Chapman said.

Successful communities have ambitious civic cultures, the Greater Sacramento Economic Council's Barry Broome said. Not only that, they have sophisticated plans in place.

"In the future, there will be winners and losers among the cities in this country," Broome said. "It won't be enough to be OK. There won't be any just OK cities. Just OK cities are losers in the struggle for economic development.

"We need to stand out against places like Denver, Austin and Seattle. How do we beat them? We have to be better. It might take 20 or 30 years to get that good, but we can do it."

Broome named a number of industries that the city, with its existing universities and companies, should foster, translating the current enthusiasm into a body of work.

These include pharmaceutical and medical devices, food and agricultural science, and the automotive industry as cars go driverless.

Sac Soccer & Entertainment Holdings' Ben Gumpert said the fight for the Kings "taught us to stand on our own, not to be second to Seattle, and fight to make this a great city."

Sports is important to the future of an up-and-coming city, Gumpert said. Not just for a team's direct economic impact, but because teams put cities on the map, here and around the world.

"Institutional capital is always looking for the next place. Now Sacramento is on their radar as one of the fastest-growing markets in the country. That's partly because of the attention the Kings get. The more attention we can generate, the better." 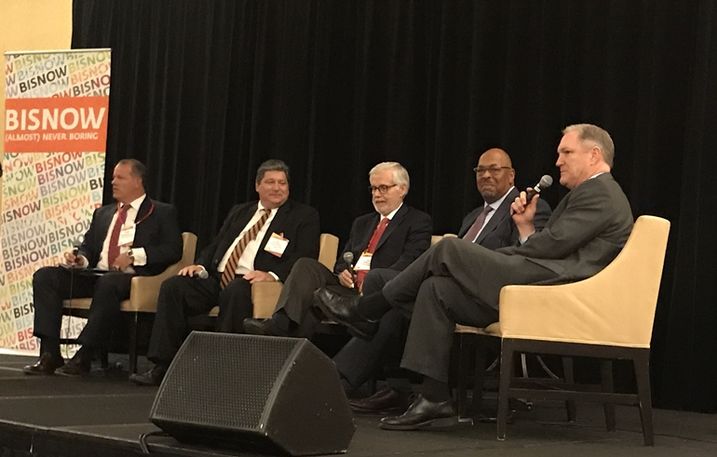 The event's investor and developer panel agreed Sacramento has the opportunity to grow dramatically, though it will face challenges.

Ethan Conrad Properties' Grant Keeney said it is important to be invested and understand the market to be a successful owner and developer in Sacramento going forward.

"If you can find good properties here — and there's still a lot of opportunity to do so — you will do well if you put time and attention and capital into it," he said.

Ethan Conrad Properties manages, leases and owns about 6M SF of commercial property, with a focus on Sacramento. The company acquired about 800K SF of that in the past 12 months alone.

Avanath Capital Management's Daryl Carter, whose company owns about 10,000 apartment units nationwide, including seven communities here, said Sacramento's advantage in the residential market is that it is the least expensive part of the network of urban communities from here to San Francisco. But that is not all the city has going for it.

"Sacramento is a very diverse place," Carter said. "More than that, it's a healthy diversity. The community deals with diversity in a positive way.

"A strong diversity is one important reason we invest here. The community is stronger for its diversity."

The affordable housing crisis is everywhere in California, including Sacramento, The Hodgson Co.'s John Hodgson said. For one thing, not enough housing is being built here — only about 1,100 residential units in the five years after the recession, and probably about 700 this year.

"Twenty years ago, we were building about 1,200 new units a year," Hodgson said. "And a lot of what we are building now isn't affordable to most people."

Affordability is a complicated problem, he said, but one thing Sacramento can do is cut down the cost of officially mandated fees.

Petrovich Development Co.'s Paul Petrovich said the future of retail in Sacramento (and a lot of places) is better than generally believed.

"There's been an overreaction to Amazon. Some dinosaurs of retail are now being weeded out, but the retailers who survive will provide a better experience," he said.

For its part, and as it grows, Sacramento will be a strong retail market, provided retailers here learn to offer what people now want: service and experience, Petrovich said.