Microgrids, Solar Panels And Batteries: Is Electricity Becoming A Luxury For Californians?

Many Northern Californians are worried about what the future holds for their state’s ecosystem and are increasingly determined to do something about the massive disruptions one of the world’s wealthiest regions experienced throughout the fall. 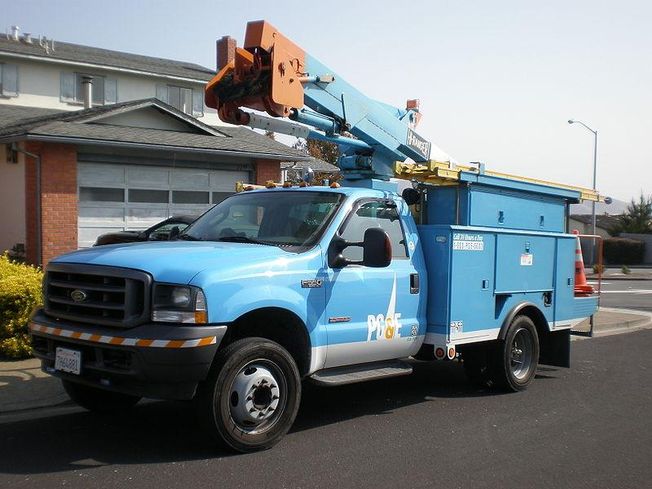 Wikimedia Commons
PG&E is enacting another round of shut-offs.

Over the course of several weeks in October and November, the region experienced multiple power cuts ordered by utility company Pacific Gas & Electric in an effort to avoid sparking wildfires. Those Public Safety Power Shutoffs, or PSPS, resulted in a loss of power to more than 2 million customers in three dozen counties across the state.

“Overall, it's a very favorable area, but it does put a little bit of a damper on people's outlook for the area. It's affecting tourism and the wine industry,” D'Argenzio Properties owner Raymond D'Argenzio said. “Everything is kind of at a standstill. People are concerned about the PG&E shut-offs.”

Some residents leveled charges that PG&E had cut power unnecessarily, with some critics pointing to the “surgical precision” of San Diego's utility cuts, which are also designed to prevent fires.

“I look at what happened on Oct. 9 as a big screw you: to your customers, to the Legislature, to the governor,” state Sen. Bill Dodd (D-Napa) said at the time. “It requires, again, that questioning: Who in the hell designed your system?”

Not everyone was affected; some areas of California opted decades ago to rely on small, local utility companies and districts to meet the needs of their communities and customers. But the vast majority of residents living in Northern California, where PG&E dominates the utility market, experienced at least one warning about losing power.

“People are exhausted. They are fed up and deserve better,” Sen. Mike McGuire (D-Healdsburg) said last month. “I’ve never seen food bank lines like what I saw two weeks ago. It’s like what you see on television in Third World countries, and it’s unacceptable.”

For its part, PG&E estimates it will take at least 10 years to clear all the vegetation around power lines and improve transmission. But it came under heavy fire recently for spending billions on lobbyists and media consultants, and issuing a dividend to shareholders, instead of upgrading its routes and equipment.

Now, the idea of municipally owned utilities is gaining traction. Once derided as too small and limited to provide much relief in the face of disaster, these public-private partnerships have received increasing attention recently for the very reason they were once sidelined: They may be too small to be linked to larger infrastructure, but their independence has helped them thrive when the larger grid goes dark.

In a state where innovation is a constant mantra, new alternatives to providing power and infrastructure have begun emerging. California has long been at the forefront of technologies like solar panels; indeed, some solar operators said they’ve seen their call volume from interested potential customers balloon since October.

“I believe these shut-offs are the new normal. The PG&E infrastructure has been neglected for many years, if not decades, and cannot be upgraded in a short period of time,” Schmit said.

“On top of that, with the financial condition of the utility, the investment required to upgrade the vast infrastructure is debilitating. The state needs to consider the new energy landscape, and the new technologies available, and provide additional incentives to encourage businesses and others to have their own sources of backup power.”

Now even tech that might have seemed dystopian a couple of years ago is quickly gaining ground. Foremost among these? The use of microgrids, which are small, intricate and limited networks operating to produce power solely for one specific place or person.

The advantages to such a system are clear: instead of having the entire electrical grid wiped out by outages required in only one section, microgrids operate independently from the larger mainframe, keeping cities, businesses and consumers supplied with power even as difficult conditions become unmanageable elsewhere.

Perhaps even more appealingly, microgrids can be powered by solar, wind, steam and even gas or generators, and can be implemented in as soon as a few weeks, depending on their size. California has around 100 microgrids operating currently, according to Pew Charitable Trusts, but October and November’s punishing conditions have amped up interest in the field.

Francescato points out that community microgrids are stacked with local renewable energy sources and are naturally staged for resilience, providing communities an “unparalleled trifecta” of economic, environmental and resilience benefits.

Microgrids are also most likely to be embraced by large business owners, including commercial real estate stakeholders, who have found that relying on local resources has become impractical at best and disastrous at worst.

If a community’s entire security system shuts down because of a PG&E-declared outage, or construction on a massive project in one of the world’s most expensive building climates is halted indefinitely, both financiers and developers are likely to seek out alternative that hedges against risk and delivers fast, efficient services for as long as needed.

“In addition to providing resilience by keeping critical loads online indefinitely. Community microgrids can minimize the portions of the grid that need to be shut down during PSPS events,” Francescato said. “[That is] yielding significant savings by avoiding the additional O&M costs noted above for transmission infrastructure.”

Ironically, one of the companies most recently experimenting with microgrids is PG&E. The utility has set up small experimental versions of them in two California towns, Calistoga and Angwin, and says it is watching closely to see how communities using the technology adjust.

The utility hasn’t always been so open-minded. Earlier this year, state Sen. Henry Stern (D-27th District) introduced a bill that would put pressure on the California Public Utilities Commission to make the adoption of microgrids easier, after years of pushback from utilities introduced barriers to experimentation.

Stern sits on the Senate Energy, Utilities, and Communications Committee and was joined by a coalition of 10 other lawmakers in pushing for new transparency into how energy is regulated across the state.

California has already required that all new homes built after 2020 have solar panels installed, but the urgency of this year’s fire season has underscored how critical it is for homes, businesses and consumers to have backup power sources at the ready. 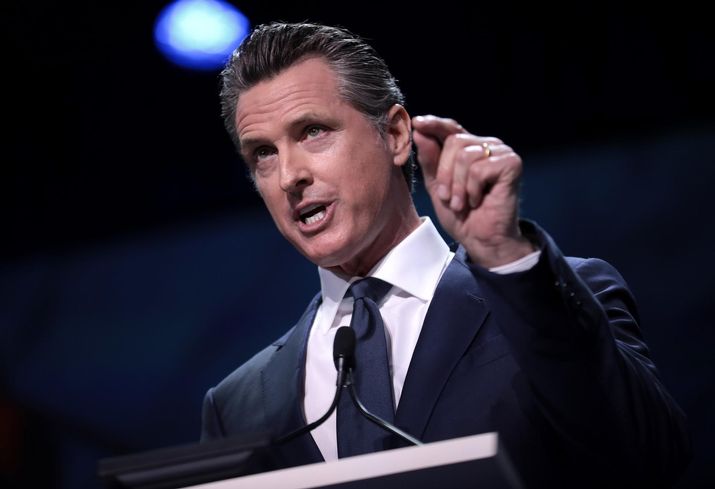 In the interim, Gov. Gavin Newsom and the state’s legislature have reworked California’s 2019 budget to help communities either already harmed by long-term shutdowns or most at risk for future complications. Newsom has championed a $75M program that local governments can access to defray the costs of preparing for and riding out shut-offs. He has been even more direct about finding new options for state residents and businesses.

“We are a nation-state. We are conducting ourselves all across the state by allocating appropriate resources,” Newsom said in a statement announcing the program. “We’ve never had more resources in this space than we do today.”

The future of PG&E itself is still hazy. While the utility struggles through bankruptcy proceedings brought on by its possible culpability in earlier catastrophic wildfires, policymakers and consumer advocates are pushing to have the company restructured.

One popular idea has PG&E taken over by customers, a proposal that has received the backing of more than 24 elected officials, including Sacramento Mayor Darrell Steinberg  and San Jose Mayor Sam Liccardo.

“A customer-owned utility can operate without the burdens of paying dividends to shareholders, and exempt from federal taxation. As a result, a cooperative financial structure will save ratepayers many billions of dollars in financing costs over this next decade,” the coalition noted in a letter.

Jack Brouwer, an associate professor of mechanical and aerospace engineering and associate director of the National Fuel Cell Research Center, said he isn’t sure that PG&E will be able to survive as a sustainable business entity if the company remains committed to PSPS as the best bet to manage its fire risks and liabilities.

“PG&E should boldly support innovative solutions that could, with low emissions, meet demand with more reliability and resilience than that associated with PSPS events,” Brouwer said. "I think these investments should include microgrid investments that are both customer owned and PG&E owned.

“The microgrids should include solar, battery storage and dispatchable fuel cell technologies for continuous power, backup and long-duration storage," he added. "The state should also approve investment by PG&E to better design and manage their system, including possibly some undergrounding of infrastructure, hardening of some infrastructure and better vegetation management.”

Other communities have submitted bids to buy the utility’s equipment and operate it themselves, including a bid of $300M from Valley Clean Energy to snap up PG&E’s presence in Yolo County. Some counties have said they are likely to put bond measures on the ballot asking voters to decide for themselves if they’d like to get into the power business, a prospect the utility said is unnecessary.

“We are aware of proposals by various government agencies to acquire PG&E assets or to convert parts of the company to what is being described as a mutualized entity. We study and analyze each proposal,” PG&E said in a statement. “However, PG&E’s facilities are not for sale, and changing the structure of the company would not create a safer operation.”

For now, Palast said the likelihood the public, and the lawmakers it elects, will continue to take energy self-sufficiency seriously rests almost entirely on how vocal those affected by this fall continue to be.

“Ultimately in New York, it was the business community that forced the sale of the electric company to a state agency. Power outages are not an inconvenience, they threaten the economy. Businesses should hold Gov. Gavin Newsom responsible. Newson pretends that he’s an outsider, excoriating the company and demanding that they pay reparations,” Palast said.

“However, Newson has control of the California Public Utilities Commission, which can lay down the law if he took direct responsibility,” Palast added. “I worked as a senior adviser to governors facing out-of-control electric companies. It’s time for the business community to call out one of their own.”