'The Crying In The Background Is Gender-Neutral': Can Work From Home Help Balance CRE's Scales?

As the country begins to creep back to a semblance of normalcy — or, in some states, into a possible new coronavirus outbreak — many are examining how working lives may be fundamentally altered forever. Some women, particularly those in male-dominated fields like commercial real estate, are hoping greater flexibility and less reliance on the confines of the office may result in a more equitable workplace. 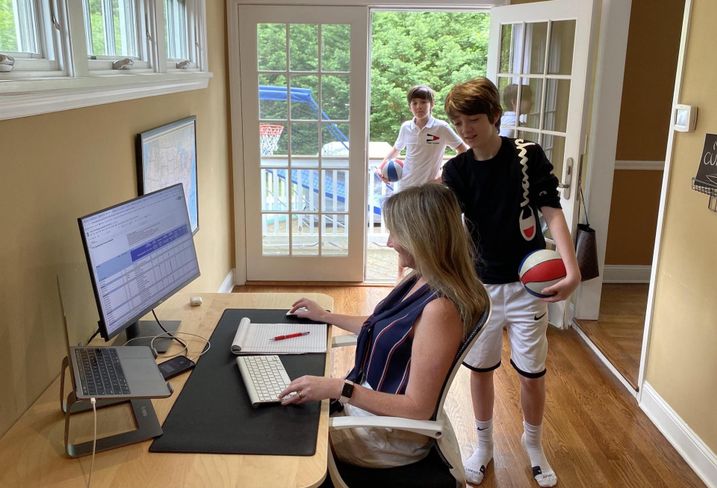 The coronavirus and the drastic measures to try and stop its spread have significantly shifted how most workplaces view remote work. Major hubs like New York City have been under extreme stay-at-home orders for more than three months now, and though tentative steps toward returning to offices are underway, most expect businesses to take a very different approach toward managing their personnel.

New kinds of technology that have been adopted in recent months could allow women to network and develop relationships more easily, several female commercial real estate executives told Bisnow. Others pointed to increased empathy for the challenges of caring for children that the Great Work-From-Home Experiment has generated.

Some suggested there is now a laser focus on what people can produce and how effectively they work, potentially removing some systemic barriers that have stopped women advancing in the industry.

Still, women are statistically far more likely to be saddled with child care duties. Some worry that without being able to effectively network in person, their ability to meet with the right people and strengthen their careers may be stymied.

“While this time period brings specific challenges for working moms, it also has the opportunity to be a sort of equalizer,” Ackman-Ziff Managing Director Marion Jones said. “Everyone, universally, is experiencing profound disruption. The emphasis has to be on creative problem-solving and getting things done. Your ideas have to be sound and executable. There has never been less room for noise, and that’s a good thing.” 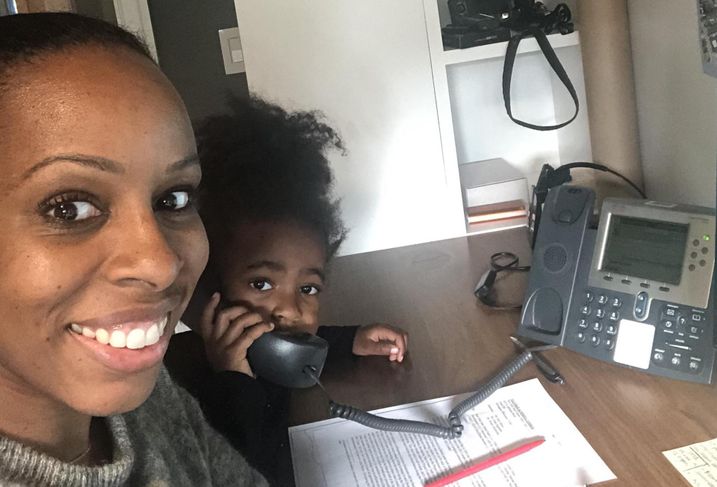 PwC Advisory Director Katherine Huh, who heads the consulting firm's occupier services division, said if there is a greater focus in workplaces on productivity over relationships, remote work could foster a more equitable workplace.

“That could work to women’s benefit, or any underrepresented minority, if it is less about relationships and more about your output, and that may be a fairer way to do things,” she said.

However, she said she worries that women, particularly those who are primary caregivers of children, may manage by taking on less ambitious work or projects, meaning their careers could take a hit.

“The pandemic has made people more considerate, thoughtful and empathetic to the working mom," she said. "But that only goes so far.”

There is widespread evidence that women have shouldered a greater burden of home responsibilities since much of the country began sheltering in place to stop the spread of the coronavirus. On average, women handle nearly 60% of child care within married couples in full-time work, according to a report from Northwestern University's Center for Economic Policy Research released in April. For couples with small children, women shoulder even more of the burden, the study found.

The impact of child rearing has long been seen as an obstacle to women moving into leadership roles in commercial real estate. Just 27% of senior vice president-, managing director- or partner-level positions in the industry are held by women, according to industry group CREW Network's most recent benchmarks report in 2015.

”It took me eight years and one recession to return to my pre-maternity-leave income,” Barbi Reuter, the president of Cushman & Wakefield | PICOR Commercial Real Estate Services in Tucson, Arizona, said in a report on steps commercial real estate companies can take to increase gender diversity.

Still, some women said the work-from-home environment has forced both men and women to acknowledge people’s responsibilities beyond work.

“The crying in the background is gender-neutral,” Goldman Sachs Head of Urban Investment Group Margaret Anadu said of the work-from-home environment. “I feel more comfortable about the time I need to take with my kids or literally just that they exist and they are here. … So I do think this is going to be an interesting, equalizing moment in some way.” 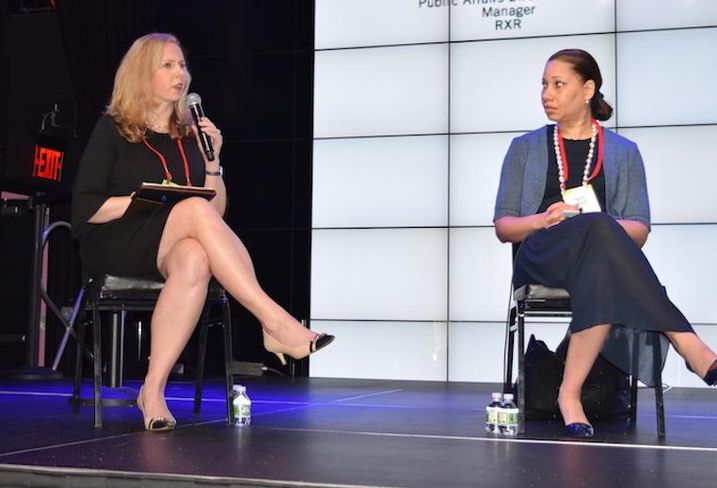 Lindsay Ornstein, a partner at Transwestern, said she has seen greater tolerance for working parents across the commercial real estate industry.

“I hope this gives women a platform to feel that they can be more honest about the balance and struggles they face with their home life,” she said. “And gives employers a way to be more flexible as a result.”

Women real estate players are expecting, or hoping, that this fresh level of understanding will filter through to upper management, potentially shaping decision-making that will benefit women long-term.

“The humanizing of the workforce is real, and I think mostly positive,” said Gabrielle McMillan, the CEO of Equiem, an online platform for tenants to use amenities and resources in their buildings. “For traditional managers, many of whom are men, out of sight is out of mind. … They are now getting a 360-degree view of their workforce. It could result in more flexibility and more understanding.”

Other women are more pessimistic. Alicia Glen, the former New York deputy mayor for housing and economic development who has just launched her own development and investment firm, MSquared, said she is worried the retreat from the office will “suck” for women and minorities.

“I think if you are stuck in your house, it is a lot harder to make the relationships and make the power moves that you need in order to get ahead,” she said.

She said she is also concerned, like many, about the impact of women taking an outsized chunk of the division of labor at home.

“Working from home and working remotely will make it more difficult for women and minority entrepreneurs to make headway,” she said. "What happens is, the status quo reinforces itself, and it's really hard. I am really worried about that."

Networking with “zoomtails” is “weird and awkward," she added, and not how meaningful relationships or new deals get done.

Amy Price, managing partner and co-head of U.S. business for BentallGreenOak, said working in investments requires significant face-to-face interaction. If less business travel across the board is required, it could have a profound impact on women’s ability to work in the industry.

“Flexibility in how we work is absolutely good for diversity — and diversity is good for our business,” she said. "I do think this is a positive."

She is encouraging young women to try to find inventive ways to hustle for business, like meeting for coffee outdoors or going on walks with clients. She had been anxious that few people would be interested in talking about diversity in the middle of a public health crisis, but with a focus on racial justice in the wake of the death of George Floyd, she believes the industry will have to act.

“These protests will help people of color, the LBGTQ community and women — anyone who is a minority, which is pretty much someone who is not white, male and privileged,” she said. “For women, hopefully this renewed focus on diversity will spill over to help them as well.”

CORRECTION, JULY 6, 10 A.M. ET: Lisa Davidson is a Vice Chairman at Savills US. An earlier version of this story misspelled her name.