The Difficult Truth About Being A Working Parent In Property

Guilt. Fear. Regret. Pride. Most business events, Bisnow’s included, deal with economics rather than these kind of raw emotions. But when last week’s Women Leading Real Estate event took a deep dive into the stresses of trying to find a good work-life balance, things were very different.

Work-life balance affects everyone in today’s always-on world of work, and the possibility to work flexibly is increasingly demanded by employees. But it is a particularly acute issue for parents, and since women are still more likely than men to be the caregivers for children, a good work-life balance and the ability to work flexibly are important in increasing gender balance in the workforce. 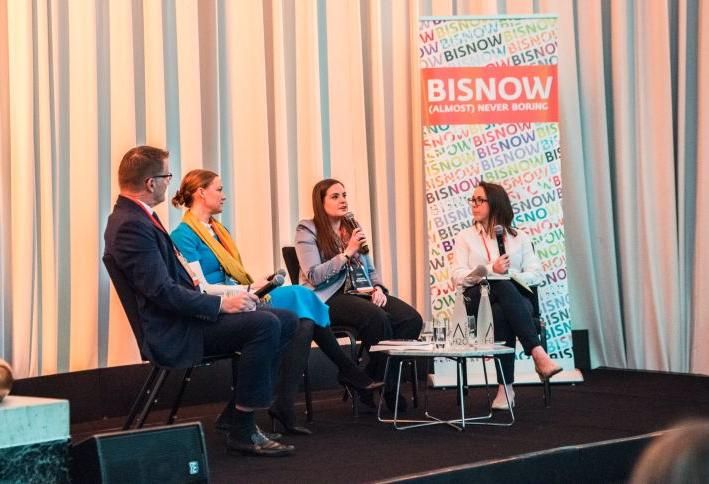 In front of a packed room of 600 people, two panels of senior real estate professionals talked openly about the challenges of finding that balance as working mothers and fathers in the real estate industry. About the fear of being left behind by your company while on maternity leave. The pride in your job and of wanting to do it well, but facing a society that can be judgemental of mothers who want to go back to work. The regret of maybe spending a bit too much time on planes around the world. There were also some very practical pointers on how to face some of these issues down and find the balance needed to stay healthy and happy.

Mothers returning to work face unique challenges, including one Argent Chief Operating Officer Morwenna Hall dealt with at the event itself.

“It’s been a challenge coming here today and trying to find somewhere to express [breast milk],” she said, to a round of applause from the audience.

Hall has a two-and-a-half-year-old son and an 11-week-old daughter, and agreed to participate in the panel while on maternity leave.

“I had a similar story from when I was at a football match,” Greystar Senior Director Michela Hancock said. “You have to just not apologise for it and press on, and at the end of it you have a funny story to tell.”

The question of how much to engage with work while on maternity leave was a significant one for both Hall and Hancock. First time around, both did it differently, and both faced different personal and professional challenges. 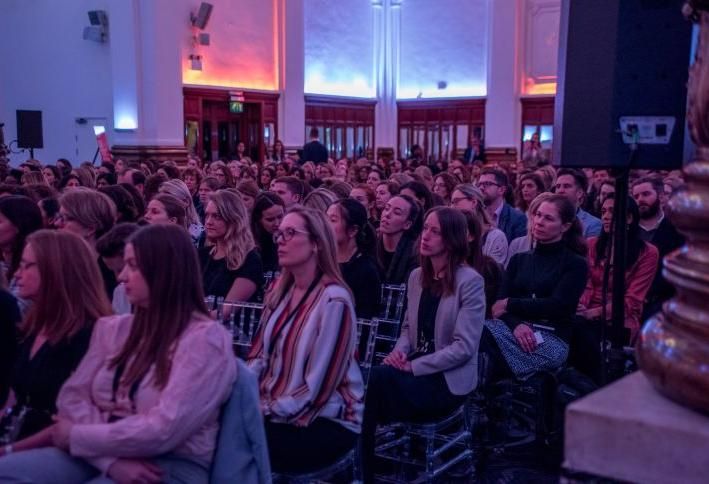 Hancock, who has a two-and-a-half-year-old and a 6-month-old, said she had tried to stay as engaged with work as possible.

“[Having my first child] was quite stressful for me, because I put the pressure on myself,” she said. “I was answering every email, I tried to be on every phone call, I was going into the office. It wasn’t what the business put on me, it was my internal pressure. This time I have learned from that and done a detailed handover plan. I handed over everything the right way, so I felt less anxious. I still kept in touch, but I gave myself permission to put the phone down and turn the computer off and enjoy myself more. It is very personal but that was a real learning experience.”

Hall did things differently with her first child, detaching almost completely, with two people taking on her role. She stepped back partly because of worry about micromanaging the people who had taken over her role, and wanting them to flourish. This tactic also presented problems.

“There is a lot of support that needs to happen when people come back from maternity leave,” she said. “It was quite hard on my return for me. These people had been doing a fantastic job while I was away, and it was quite hard for me to come back to work in a different environment with the three of us. My advice would be to have some clear, honest conversations with your manager and team about your return so everyone is clear about where the roles and responsibilities sit, so it's not an extra difficulty when you come back.

“Whether you take 12 weeks or 12 months off, the world changes and businesses change whilst you’re away. This time, keeping abreast of all of that and being involved in more decision-making is suiting me better.”

Business development can be a problem for working parents, given a lot of it happens at evening events. The advice from the panel was to try and schedule more one-to-one catch-ups over lunch or coffee, and forget about saying yes to everything.

“When I was younger I probably went to everything, and was usually there on the last train home,” said Nuveen Real Estate Chief Executive Mike Sales, who has four children. “When you get older you don’t lose the desire to network, but you get more choosey. You don’t want to let people down, but you have to think about what the business really benefits from you doing, so you become more disciplined.”

The conversation was stocked with examples of corporate policies that allow all staff to find a better work-life balance: shared parental leave, stay-in-touch days, counselling, coaching and support for staff who have just come back from leave or who might be looking after elderly parents.

But Sales talked about how as the leader of a business, your personal conduct is important: It is all well and good having policies like shared parental leave, or giving people the ability to work flexibly, but if the leaders of a business don’t do these things in practice, no one else in a company will. And he admitted that he doesn’t always get it right.

“People want to see people live that work-life balance,” he said. “It is something I find very difficult, because I am constantly on a plane, constantly working, but I have to check myself, because otherwise people look at that and think, that is the way you should be, and it it is not the case. You have to watch yourself sometimes because people follow you.”

Hall offered a series of practical tips for achieving a good work-life balance. Focus 100% on one task at a time, rather than trying to juggle writing a board paper and playing with a toddler, or indeed any mix of work and home: You’ll just end up doing both badly. Have honest conversations with your partner on what you both need to facilitate your work lives. Hancock said it may be boring, but having an agreed scheduled with your partner at the start of the week or month cuts down on arguments later.

Other tips from the panel: Have two phones so you can truly cut off when you need to and leave work behind. Tell colleagues that if they truly need to get hold of you out of hours, they should text rather than email, so that emails don’t need to be checked. Have a plan B on child care.

“It’s nice to know if something goes wrong, I know what the next action is and you can act accordingly,” Hall said. 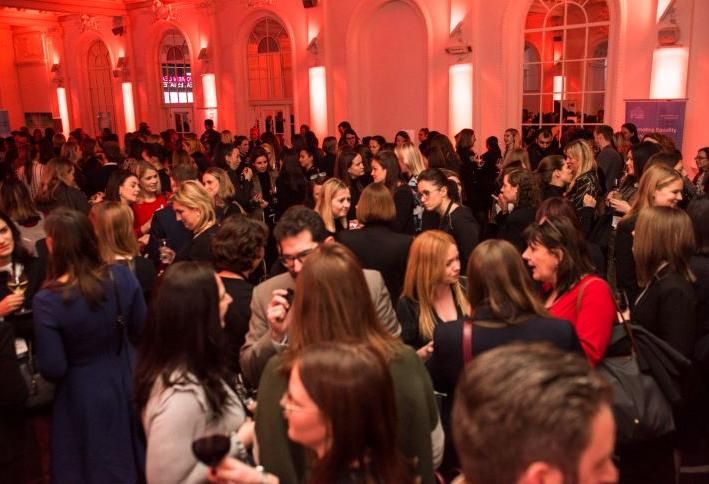 But to truly achieve a more balanced life for everyone, the conversation about traditional gender roles has to be changed, the panellists agreed. Hancock pointed out that she often gets asked about whether she finds it difficult to be a working mother. Do fathers get asked the same question as often?

“My husband made the point that no one has ever asked him if he is a working dad,” she said. “We need to be talking more about working parents. I love my job and I’m really proud of that, but a lot of the time I feel like I should apologise for that. Just because I love my job doesn't mean I don’t love being at home and being with my kids. It's about being present in that moment.”

That distinction between the role men and women should play in society is not always the fault of men. Lloyds Banking Group Head of Commercial Real Estate Madeleine McDougall said that when she challenged her husband about the fact that he did not know as much about child care as she did, even though they both worked, he pointed out that she was part of myriad WhatsApp groups with other mums sharing hints and tips, but dads were never included in these groups. Now he is included, and feels he has a bigger support network around him.

The fact that conversations on topics like stress, work-life balance, shared parental responsibility, and helping parents balance work and child care are happening at all marks a step forward compared to even a decade ago, the panellists agreed. Small pieces of practical advice can help achieve small wins for individuals and companies. Now it is time for the big wins.