To Grow Its Retail Scene, Newark Is Thinking Small

While New Jersey's Gold Coast has built up and drafted behind New York City for migration and rents for the past few years, Newark is only beginning to see its own transformation. At least in the case of retail, developers don't want that change to resemble any city but Newark. 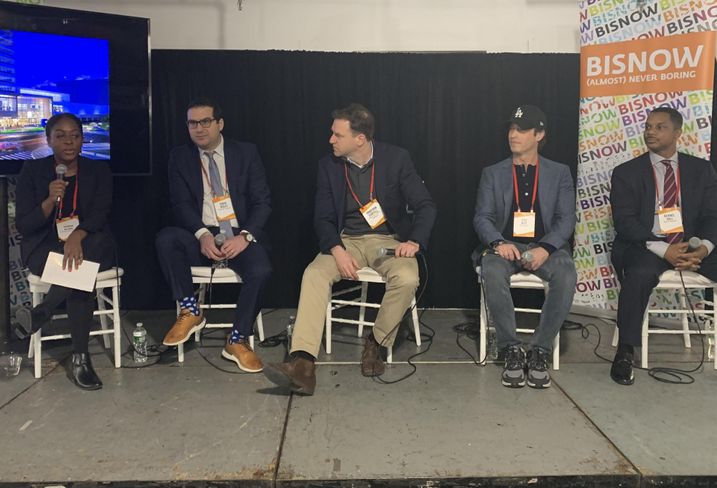 In the case of retail, most panelists at Bisnow's What's Next for Newark event at 2 Gateway Center agreed that the healthiest and most equitable form of growth would not involve recruiting out-of-town companies to re-create another city's model.

“The ability of retail to bring together community is really what the city needs,” Skoloff & Wolfe managing partner David Wolfe said. “I think you will see more and more retail tenants coming in as the city is developed, and residents are looking for businesses with unique and individual cultures. I think everyone in the city and on this panel wants to maintain the character of Newark.”

Newark's character is that of a dense, mixed-income and ethnically diverse city that stands out in a state made up mostly of suburban communities. With laws already on the books mandating that new multifamily development sets aside at least 20% of its units as affordable, neighborhoods growing in density have a path toward maintaining the heterogeneity necessary for healthy urban communities.

One of the focuses of developers building mixed-use projects in Newark today is to fill their retail spaces with local owners and local workers to ensure that a reasonable portion of future prosperity remains in the community.

“We’ve been searching for entrepreneurs with one or two locations in Newark, have experience and knowledge of the market, know their customers and may be looking to expand in the market,” RBH Group CEO Ron Beit said. “We’re seeing a burgeoning class of entrepreneurs getting established, and this is where brands are made.” 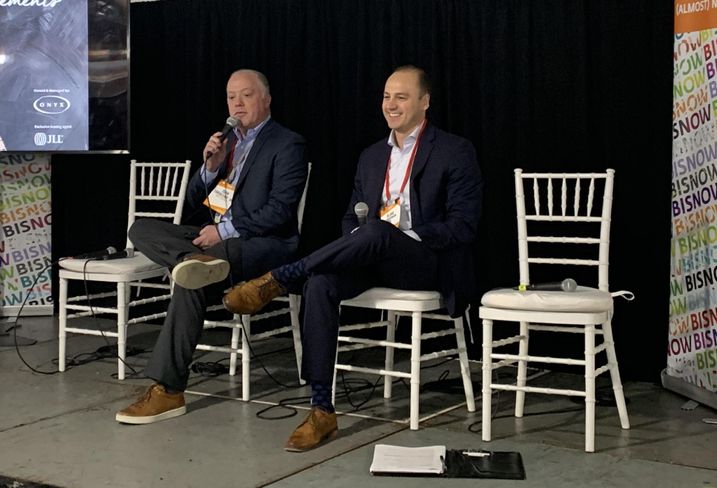 Panelists agreed that Newark's retail scene isn't robust enough to suit the amount of commercial and residential development that the city could reasonably accommodate. Invest Newark President and CEO Bernel Hall, whose organization used to be called the Newark City Economic Development Corp., expressed envy at the nearby malls that siphon away “millions of dollars” of Newark residents' retail spending.

“If we can ever figure out the PATH train extension to the South Ward, that would be where I would locate Newark’s version of Newport Centre Mall,” Hall said.

Multiple panelists disagreed, arguing in favor of developing mixed-use apartment buildings with ground-floor retail to keep residential tenants shopping where they live. Beit pointed to the glut of suburban power centers and malls taking up millions of square feet but struggling to remain relevant as proof that Newark dodged a bullet.

“We have not ‘benefited’ from that sort of retail jubilee that resulted in so many markets overbuilt,” Beit said.

Where Hall did align with his fellow panelists was in calling for both the public and private sectors to foster local entrepreneurship.

“The focus on entrepreneurs should not just be on how to start their business, but how to grow and sustain their businesses,” Hall said.

A key element of support for early stage retailers would be in crafting neighborhoods that wouldn't necessarily be so cutthroat in their competition that businesses have to spend beyond their means to either stand out among the crowd or simply make rent. 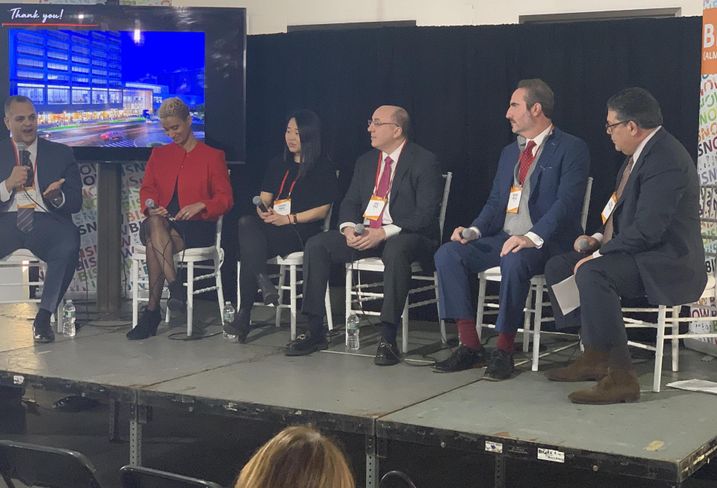 “Neighborhood retail matters; everyone wants to eat and shop close to their home, so we need to develop our commercial corridors, to work with our business improvement districts and our planning department,” Hall said. “That way we can know exactly what’s needed from a demographic perspective and identify the entrepreneurs that can fill that void.”

Developers have already been reaching out to each other to coordinate on the kind of retail tenants they are placing in their respective buildings so that the neighborhood can grow harmoniously, L&M Development Partners Managing Director Jonathan Cortell said.

“[Building owners] are partnering so we don't directly compete for the end user,” Cortell said. “In an ideal world, we’re adding [retail] but we’re not cannibalizing ... We all want to promote diversity of uses.”

With private and public sectors aligned in their support for local and diverse businesses, the next step is to ramp up growth and development to bring a critical mass of people to neighborhood retail. After all, the format that panelists touted would not be geared toward bringing in the most car traffic from the widest possible radius.

“We’re not reinforcing the retailers who are taking a plunge on Newark at the [development] pace we’re going, and we would like to nurture a diverse mix of product offerings on the street level so there’s a complex mix of what consumers can access day-to-day, ideally after work,” Cortell said.

As for the way to jump-start that level of development, panelists returned to the well-worn territory of calling for the preservation and increase of tax incentives from the state government.

“It’s a pendulum swing, but it’s definitely how we got development started in Newark,” Beit said. “Over time, the public investment diminishes and the private market can fill in, but the pendulum hasn’t swung back the whole way ... On the state level, we’re looking for another round of the public investments that helped create all of the projects downtown.”