NJ Developers Are So Scared Of Losing Incentives, They Might Be Seeing Ghosts

New Jersey's multifamily development community sees tax abatements and incentives as the lifeblood of any major new construction in the state, so it stands to reason that they would respond with force to any perceived threat. 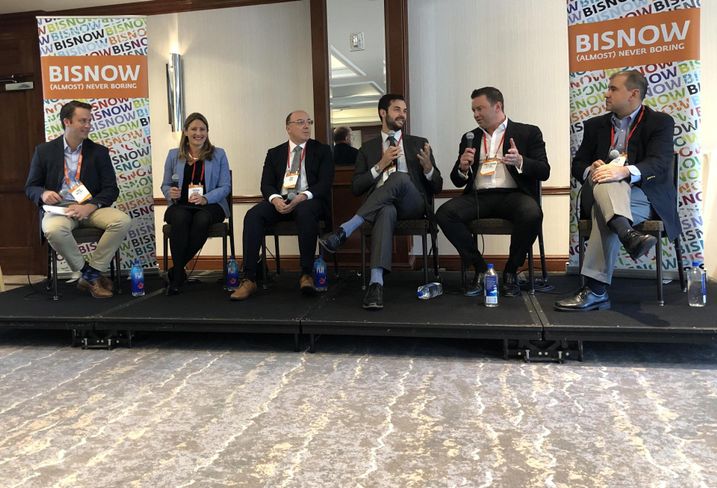 The bill would require all developments that make use of Payments In Lieu of Taxes to use union labor for construction, Wolfe and Otteau said. Some major municipalities like Jersey City and New Brunswick already have that requirement, or one that mandates paying construction workers the prevailing wage. Multiple panelists said a statewide mandate would be a doomsday scenario.

“If union labor were to become required for PILOTs, it would stop development, stop the growth in all the communities where we develop,” said Russell Tepper, Mill Creek Residential Trust's head of New Jersey and New York development.

Details about the proposed bill are scarce at best; a 2017 RE-NJ article briefly referred to it as part of a raft of legislation directed at PILOTs. Staff at the New Jersey legislature's Office of Public Information could not find a record of any such bill, and Bisnow could not otherwise independently confirm its existence.

"My understanding is that due to the hyper-focus on revamping the state’s economic incentive programs and the legislature’s Path to Progress report that focuses on addressing government inefficiencies and revenue shortfalls, this issue has been moved to the back burner," NAIOP New Jersey CEO Michael McGuinness told Bisnow.

Back burner or no, Wolfe exhorted attendees to pull whatever strings they could in order to kill it.

“To anyone who has any influence or has the ear of people pushing this legislation, [remind them] it is currently an option for any municipality to make this a requirement,” Wolfe said. “I would say to be careful about making this a requirement throughout the state, because it could seriously impair development in some municipalities.” 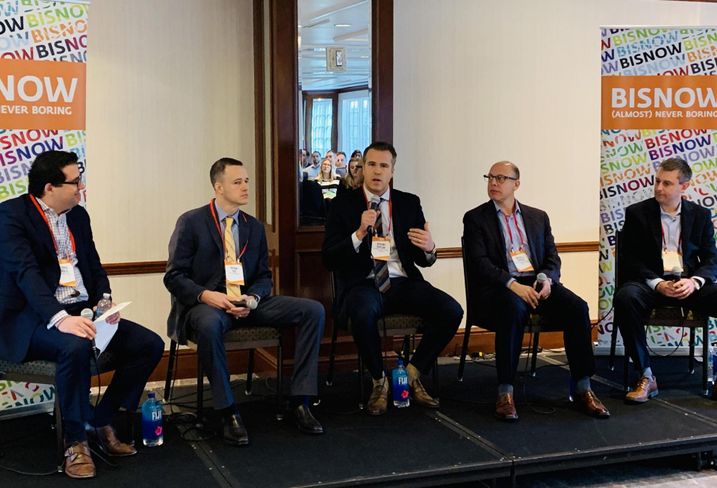 PILOTs amount to municipalities agreeing to exempt a new development from paying its property taxes for a period of time as much as 30 years, no matter how its value changes over that period. Instead, the two entities agree to a set payment that gives owners long-term cost certainty, if not an outright discount.

In New Jersey, where property taxes are the highest of any state, avoiding the tax bill can transform the economics of a development deal. Factoring in construction costs comparable to New York without the corresponding rents, unsubsidized multifamily just isn't worth it to many developers.

“I think most of us can agree, if that bill goes forward, development will stop,” Otteau said. “We will leave the market, because with the increases in construction costs, the taxes pretty much have to be free.”

Jersey City, where the union requirement is already in place, is one of the few areas of the state where new construction can charge the rents required to go without the aid of PILOTs, panelists said.

“It really depends on the municipality,” Kushner Cos. Chief Operating Officer Peter Febo said. “If you start building with union labor farther south [than the Gold Coast], it’s at least a 30% increase on construction costs.”

Gov. Phil Murphy has been at odds with the state's business community at large over the Grow NJ incentive program that awarded tax breaks to companies that added or preserved in-state jobs. Murphy allowed that program to expire over the summer, and more time has been spent investigating potentially corrupt uses of Grow NJ than trying to replace it.

While debate rages on about the best way to attract businesses to New Jersey, most major markets close to New York have phenomenal fundamentals to buy and own apartment buildings. The difficulty in building only drives up the value of what is already there, Febo said, but the multifamily industry is still leery of what Murphy could do once he has it in his sights.

Property assessments are likely to spike in the coming years, Otteau said, which will make the long-term security PILOTs only more valuable — and more of a target for municipalities depending on property taxes to fund their schools. Small wonder that any threat, no matter how realistic, would sound the alarm.

“Governmental constraints are really the only thing we’re worried about,” Otteau said. “What new law or policy will affect our business is what we watch for.”