Is The Golden Age Of Central Business Districts Over? Experts Say Maybe.

Until recently, urban cores nationwide have been hot spots for retail growth, supported by an influx of high-end workers, offices, businesses and residents.

National chains and local startups wanted a piece of the action, particularly in traditionally sprawling metros that re-created central neighborhoods. Baby boomers with empty nests flocked to hip downtowns and millennials consistently ranked urban amenities as one of their major must-haves in a neighborhood. Cities soaked up the tax revenues from revived business districts. 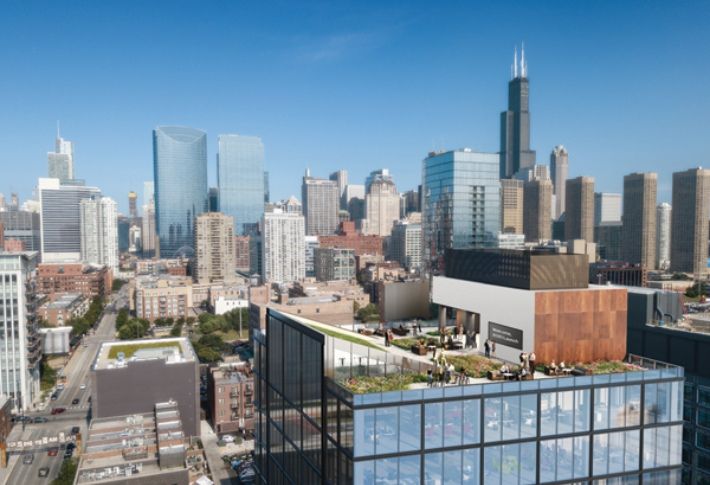 Now all bets are off for the future of urban-core retail, as the coronavirus pandemic has obliged workers to stay home and companies rethink dense urban locations. Experts now say that the sector's fate depends on how permanent the changes wrought by the pandemic prove to be.

One flashy example of urban retail facing a vastly uncertain future: Times Square in Manhattan, until recently a hub of experiential retail that drew millions of visits a year. When New York eventually reopens, it is unclear how its retailers can provide the same experiences to customers.

“We’re always asked, ‘What is the new normal going to be?'” Times Square Alliance President Tim Tompkins told Bisnow. “The honest answer is, it's extremely difficult to say."

A few other high-profile retail markets, like the stores along the Strip in Las Vegas, are in similar straits, but most urban retail doesn't rely on a heavy influx of visitors. Instead, its health (in normal times) depends on the regular flow of office workers and residents.

The recovery of urban retail thus depends in part on how many people come back to work in offices, and while it is too soon to have any data on those trends, owners and developers are keeping a wary eye on them.

A recent prediction by retail data specialist CoreSight Research found that as many as 25,000 retail locations will close this year, with urban core locations at risk. In Chicago, the Magnificent Mile shopping district has been hit by the pandemic, including the permanent closure of Canadian apparel retailer Roots’ location on Michigan Avenue, a store opened just last year.

"There's going to be less retail in downtown markets, though it's too soon to quantify how much," said Alicia Glen, who once served as New York City deputy mayor for housing and economic development.

Reductions in tourism and convention business have also been hard on the retail sector over the past three months. Weisiger noted that even though restaurants are allowed to open back up, many find it is not viable to operate at limited capacity.

"Unfortunately we don't have a crystal ball to tell us when the retail market will recover," Weisiger said. "Most retailers and restaurants we talk to are optimistic that they'll begin to rebound more fully in Q4, as office workers return to their workplaces and consumers become more confident about their safety and well-being.” 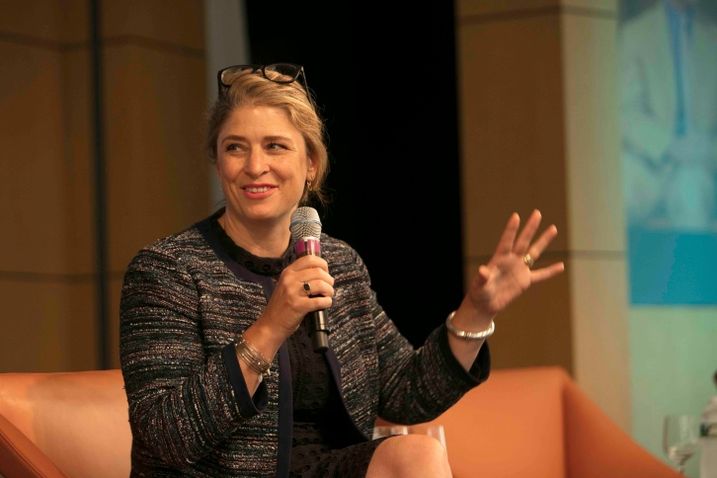 Complicating the picture for retail is that it is only one part of the fabric of an urban core, with many other uses mixed in, and by square footage, it may not have a large presence.

"Retail was never the major component of healthy downtowns, no more than 15% to 20% of square footage,” urban economist Kennedy Smith told the Congress For New Urbanism's Public Square publication.

Yet even at that relatively limited size, urban retail can have an outsized impact as an amenity for people who live nearby, which helps grow a residential population, and also through sales taxes.

That is especially true at the upper end of retail, where the likes of Lululemon Athletica and Coach sell well over $1,000/SF annually in normal times. Some mid-market stores sometimes found in urban settings, such as Victoria's Secret or Under Armour, sell over $600/SF annually, a sizable total compared with retailers seldom found in urban cores, such as dollar stores or downmarket apparel stores, whose annual sales are often less than $200/SF.

Though retail square footage might drop post-pandemic, urban settings will continue to offer more choices, Glen predicted. Mixed-use developers who want to attract and keep residents will need to keep that in mind as much after the pandemic as before, she added.

"Retail won't be an afterthought of mixed-use urban properties," said Glen, who founded her company, MSquared, to focus on mixed-use development in urban markets. "It can't be. Developers are going to curate their retail selection more carefully than before, to be an essential part of a building and a neighborhood."

Offices and the people who work there will be also a major factor in the survival of central business districts.

A CoreNet Global survey in April found that 69% of companies had plans to shrink their office footprint. A separate survey of over 300 chief financial officers by research firm Gartner found that 74% of companies intend to move at least 5% of their workforces to remote work.

Returning workers, or a lack of them, will have a bigger impact on some downtowns than others. In Chicago, for instance, the stakes are quite high, considering how much of the office market is located in the CBD: 181.7M SF, according to Avison Young data, out of a metro total of more than 450M SF, or about 40% of the market.

In smaller metros, downtowns often don't represent quite as much of the total. In Nashville, for example, about 11M SF of office is in the CDB (also according to Avison Young), compared with a metro total of 50M SF, putting the urban-core share at around 22% of the market. In Sacramento, the downtown area has about 20M SF, compared with 90M SF in the metro, also about 22% of the total.

But Parkside Realty Chairman and CEO Bob Wislow, who is developing Fulton East, a planned mixed-use development in Chicago's urban core, said he remains convinced that most workers are going to want to return to a centralized workplace.

"Employers and employees aren't going to take to working from home in the long run, because the workplace is socially important," Wislow said. "Once office buildings have adjusted to make tenants feel more comfortable, the importance of seeing and interacting with colleagues will reassert itself."

There is some data to show workers want to work in offices, at least much of the time. CommercialCafé recently asked workers about the most significant challenges when it comes to working from home, and 28% of the respondents cited the lack of social interaction with co-workers. The other two-thirds or so were not as committed to going back to the office full time.

Instead, workers might retreat to suburban offices once the pandemic has passed, bypassing urban cores, and their commutes, altogether. But Wislow said that while there will always be a place for offices in the suburbs, the pandemic has created a pent-up demand for the kinds of activities people can do only in dense urban areas.

"There's no substitute for a downtown district, where office and residential development is dense," he said, citing Fulton Market in Chicago, which over the last decade has been transformed from a light industrial area into a walkable residential and retail neighbor with close access to Downtown office properties.

"Fulton Market is our Chelsea or Meatpacking District," Wislow said. "It's a neighborhood that isn't going to be uprooted, and will continue to support its retail in the future."