Survey: Only 15% Of Workers Want To Return To The Office Full Time

Working at home should be an option for at least part of the time once workers are allowed to return to the office, according to a new survey conducted by CommercialCafé.

The company surveyed more than 2,600 people between May 4 and May 11 about their working-at-home attitudes and conditions. Their sentiments, and those of other employees currently digesting new work environments, could impact demand for office space in a post-pandemic world. 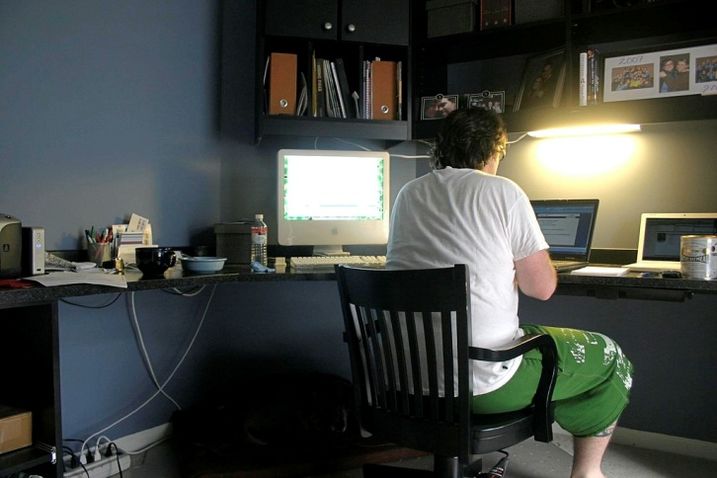 Almost half of the respondents said they were excited to try working at home when it first became the norm at the beginning of the pandemic, but about the same number were skeptical about whether they would like it.

CommercialCafé also asked about the most significant challenges when it comes to working from home, and 28% of the respondents cited the lack of social interaction with co-workers, something that cannot be remedied except in an office.

"Grabbing lunch at the café around the corner or a happy hour after work are also part of the office experience for a lot of people and they help build and maintain the culture of company — and the pile of laundry isn’t there to stare at you," the report noted.

Other challenges included a lack of boundaries between work and home (25%), the distractions posed by children and pets (23%), technical problems like spotty WiFi (18%),  a lack of space (16%) and difficulty coordinating with co-workers (14%). Some respondents cited more than one challenge.

There are benefits to working a home, the survey found. Respondents said that far and away the best thing about the situation is the extremely short commute, which is to say none at all. Some 52% of respondents cited that as a benefit.

Other benefits include a more flexible schedule (29% of respondents cited it), a more comfortable environment (also 29%), more time with family (23%) and the fact that working from home means that one can live anywhere (19%).

The survey also asked what short-term changes workers want when they return to their offices. In the current environment, the focus is on safety. A majority (59%) of respondents want more attention to cleaning and sanitizing, and a good many cited mandatory personal protective equipment (41%).

Also popular: technology that encourages social distancing (33%) and more space dividers (26%). On the other hand, a sizable minority of respondents (20%) said they wanted no short-term change.