As the city that never sleeps has slumbered for the past three months, its typically thrumming heart of tourism, Times Square, has gone quiet. 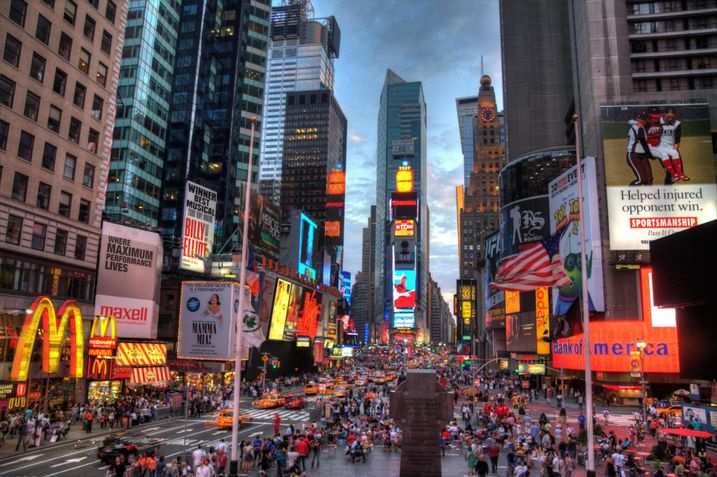 Nearly all of the ostentatious storefronts along 42nd Street, Broadway and Seventh Avenue have closed their doors. The empty streets of “The Bowtie” are a stark contrast to the thriving experiential retail hub it was just a few months ago.

Roughly 380,000 pedestrians entered Times Square on an average day last year. Since the pandemic hit New York, its foot traffic is down 90%, according to the Times Square Alliance, which tracks pedestrians with a series of cameras and monitors.

Much of Times Square’s success has to do with its experience economy: Since before commercial advertisements played on the sides of skyscrapers and major clothing stores rebranded their shops as experiential, Times Square has been an international marketplace for experience. From the Broadway theaters along its streets, to its many restaurants, to the blinding lights, people come to Times Square to experience the commercial grandeur of New York.

“It’s what people who have never been to New York think New York City is, and anyone who has been to New York has been there,” said L&L Holding Co. Managing Director David Orowitz, whose company is developing a $2.5B project in Times Square dubbed TSX Broadway.

Now, as the deadly coronavirus has kept the city on lockdown despite many other parts of the country beginning to reopen — and tourism expected to take years to recover fully — the experiential retail hub’s typically mobbed streets and stores have become a potential hazard, rather than a help, to its outlook.

“With the pandemic, all bets are off,” said Priya Raghubir, a professor of marketing at New York University's Stern School of Business and an expert in consumer psychology. “Because an experience requires interpersonal proximity.”

Now, the U.S. Centers for Disease Control and Prevention recommends postponing or canceling trips to New York City amid the crisis. Globally, tourism has taken a huge hit.

Faced with stagnant business and dismal tourism projections for the rest of the year, the 452-room Times Square Edition, a piece of Maefield's 20 Times Square property, once valued at $2.4B, closed its doors permanently only a year after its grand opening. 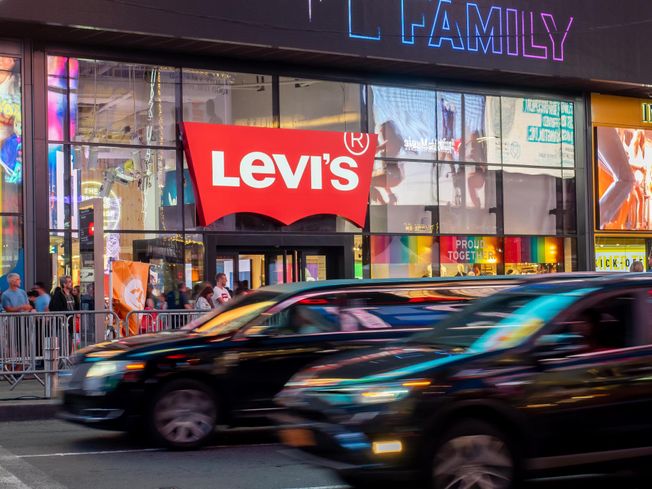 Over the past five years, experiential retailers have taken Times Square by storm and proved lucrative endeavors as online shopping increasingly ate into brick-and-mortar profits. Last year, the demand for spaces like this in Times Square kept going up.

In fall 2019, Times Square had the second-highest asking rent in the city after Fifth Avenue, up 2% year-over-year at $1,889 per SF, according to the Real Estate Board of New York.

Major national retailers have their flagship locations in Times Square, branding their companies as experience-focused to hundreds of thousands of daily potential customers, while developers have broken ground on multibillion-dollar new experiential retail and hospitality projects. The hands-on, close-contact experiences made shopping in Times Square distinct, experts say.

In 2018, Levi’s moved into its 17K SF flagship store on Broadway between 45th Street and 46th Street at Vornado’s 1535 Broadway, which features customizable denim and accessories designed by local artists.

Hershey’s Chocolate World expanded in 2017 at Maefield Development’s 20 Times Square, where store-goers can create their own wrapped Hershey’s bar. Krispy Kreme was set to open the doors of its new flagship, a 4,500 SF store at Vornado’s 1601 Broadway on the edge of West 48th, to customers who could watch the famous doughnuts be made via a glaze waterfall. McDonald’s opened its largest location, a 24-hour restaurant at 1528 Broadway with customizable order stations and menu items not offered anywhere else in the United States, a year ago.

While spaces for retail in other parts of the city lost value, developers have bet that retail space in Times Square will remain in high demand, even as several traditional retailers, such as Old Navy and Gap, have looked to move out.

New transactions before the Pandemic showed the real estate world was optimistic about the area’s future. In addition to TSX Broadway, L&L’s 550K SF hotel, experiential retail and entertainment project, Soho Properties is building a $350M, 234-room, Jimmy Buffett-themed Margaritaville Resort, which was set to open in the fall.

Times Square has already taken a hit as a result of the virus. CBRE’s Q1 report, which took into account the first two weeks of the city’s shutdown, showed asking rents had fallen 15.7% year-over-year in Times Square, from $1,955 to $1,647 per SF, pushing the average down below the $1,800 threshold for the first time since 2011.

The report found that the rent prices were driven down in part by an “increasingly cautious market” and an uptick in retailers in the area looking to sublease their space. 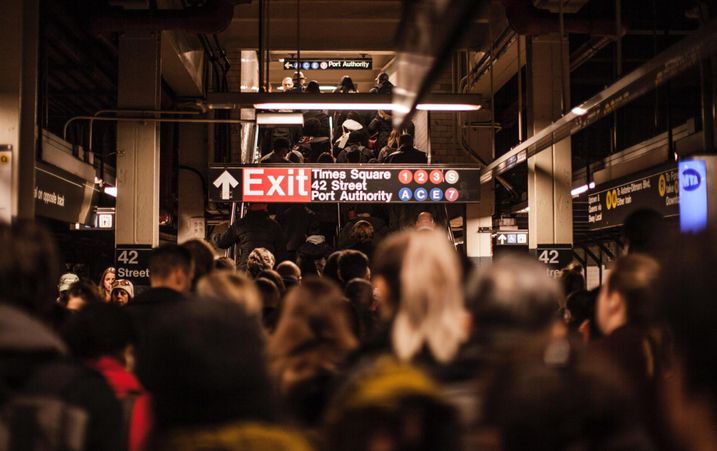 When the city is allowed to reopen, it is unclear how these retailers can provide the same valuable experiences to the customers that show up.

“We’re always asked ‘What is the new normal going to be?'” Times Square Alliance President Tim Tompkins said. “The honest answer is it's extremely difficult to say, because every week there seems to be a new set of facts and figures on how people are approaching this, not only in the 50 states but around the world.”

Retailers in Times Square have been drafting safety guidelines for their stores to go into effect once they are reopened.

Beauty store chain Sephora has a Times Square location at the ground floor of Vornado’s 1535 Broadway. Before the coronavirus, the retailer's signature was makeup available for customers to sample and try throughout the store.

The company has released new guidelines that eliminate testers completely and implement a capacity re in the store. Sephora didn't respond to a request for comment on how the new guidelines would impact its capacity levels at the Times Square location.

Tompkins said it is hard to predict the future because the best practices change every day.

“Some of the key variables are the levels of testing, degrees of pre-testing outside of retail venues, whether its with heat guns or something else,” he said. "A lot out there that is uncertain, everything is really speculative in terms of what the answer is.”

In addition to the intentional decrease in store capacity, tourism across the globe is expected to stay at unprecedentedly low numbers this year. Without tourists, The Bowtie is in for a painful year.

When experiential retail does open at its full capacity again — likely once there's a vaccine or effective therapy — it will be a slow recovery, Raghubir said.

“It will take a while for consumer confidence to build,” she said. “I would be surprised if it were to happen before 2022.”

Raghubir said a full recovery will take even longer.

“I fear that it will take time before consumers will be able to jostle each other in a crowd, which is so much a part of an experiential retail experience,” she said. "I think there is going to be fear holding people back.”

She predicts that companies that will make it are those that have the ability to absorb the cost of the loss that retailers in this area will face: the major chains like McDonald’s, Taco Bell — which signed a 4K SF lease for its alcohol-infused Cantina concept in Times Square this year — and the Apple Store.

With the city’s reopening expected to start in the next two weeks, the quintessential experience economy at the center of New York City will soon awaken, turn on its lights and reopen its experiential storefronts. Time will tell how it adjusts to the world that changed while it was asleep.

Orowitz believes that once the medical risk is over, the area and its experiential retailers will bounce back.

“A lot of people doing business in Times Square are going through a lot of pain now," he said. "But I think that the infrastructure is there, the demand is still there, the people will still be there, and I think that when the health risk is gone, business will come back quickly.”

People will still continue to want to come to New York, he said, and that means a visit to Times Square.