Amazon, which has opened a handful of cashierless stores this year, is now thinking bigger when it comes to the concept. Literally bigger, as in cashierless stores much larger than the convenience store-sized 2,500 SF Amazon Go stores now operating in Chicago, San Francisco and Seattle. 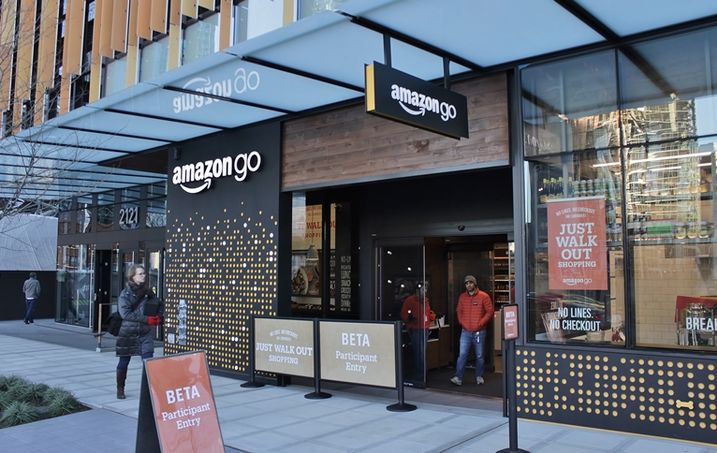 Amazon Go stores use technology that allows customers to sign into the store’s app, take their groceries and simply walk out without dealing with a checkout line. Video cameras and other devices track customers throughout the store, charging them for what they take.

Previously, the retail giant said that it wouldn't deploy such technology at its larger Whole Foods stores, which are typically around 40K SF.

Now it isn't clear whether Amazon has changed its mind about using such technology at Whole Foods, even as a trial. Yet that is the most likely application for cashierless tech going forward, provided Amazon can make it work, the Wall Street Journal reports, citing anonymous sources familiar with the matter.

Deploying the technology in a store the size and complexity of a typical Whole Foods would be a tall order since smaller stores sell mostly packaged goods, as Amazon Go does.

Tracking produce items, for instance, whose prices vary by weight and whose sizes aren't uniform, would be complicated. Whole Foods' produce sections are very important to the brand, making it mandatory for cashierless tech to be able to deal with that kind of merchandise in a Whole Foods setting.

Regardless of whether Amazon moves into larger stores with its cashierless tech, the company is mulling plans to open at lot more Amazon Go stores — as many as 3,000 in the next few years.

Overall, the race is on to set up cashierless stores. Amazon rival Walmart opened a cashierless Sam's Club in Dallas in November. The first Sam's Club Now, as the prototype is called, measures 32K SF, or one-quarter the size of a typical Sam's Club.

Amazon Go, Sam's Club Now and other stores using "invisible payment" technologies aimed at reducing or removing physical checkouts will process more than $78B in transactions by 2022, up from $9.8B in 2017, according to a study by Juniper.