A lack of space and a need for housing has height-challenged American cities looking skyward to solve density problems.

Be it due to commercial or residential necessity, the country's maturing technology sector or even economic chest beating, skyscraper-averse cities across the United States are overcoming their fear of heights. 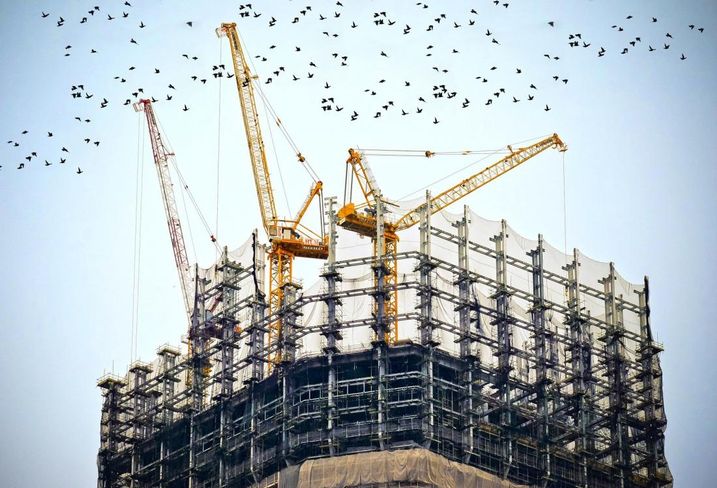 “At some point, the only place you can go is up,” said Iram Farooq, assistant city manager of the Cambridge, Massachusetts Community Development Department. The city, known for its 250-foot height restrictions, is experiencing a high-rise renaissance.

The city across the Charles River from Boston is uniquely positioned, Farooq said, because it views itself as both a big city in some ways and a smaller city in others.

There is a strong residential component to Cambridge. Its well-developed green spaces and renowned public school system have made it a desirable place to live. Known as one of the top life science cities in the country, Cambridge has experienced significant growing pains, particularly in its Kendall Square neighborhood.

The tech and life science hub is ranked as one of the tightest office markets in the country, and the lab vacancy rate in the Kendall area was 0.1% in Q2 2017, according to NAI Hunneman. Space to grow is nonexistent, as the entire city is only seven square miles. Coupled with a push to add a residential component to the neighborhood, the density has Cambridge looking skyward. 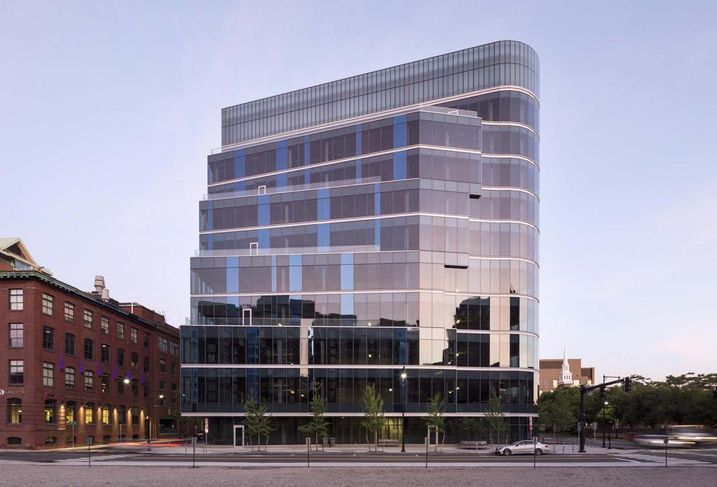 Spagnolo’s architecture firm designed 50/60 Binney St., a lab space in Kendall Square that, upon its delivery early this year, made the Cambridge market lab-dominant instead of office for the first time. Beyond Cambridge, the firm has projects nationwide, in markets spanning New York, Nashville, Tampa and Seattle. As traffic grips these and other cities, the firm has seen a push for density as well as transit-oriented developments so residents do not have to grapple with hours of gridlocked traffic.

“People increasingly want to be located close to the urban centers. They don't want to necessarily move out to the suburbs unless they live at a transit-oriented development,” SGA’s New York studio manager, Brooks Slocum said.

Transit-oriented development has led the charge in many cities overcoming their fear of height. While buildings may become taller than what the city is used to, the developments also house and employ people closer to the city center and further from congested highways.

A former Boston mayor in the 1980s ran on the promise that “the era of the 800-foot tower is over” and established an unofficial building height limit of 400 feet. Today, the city has transit-oriented developments planned well above that figure at all three of its major train stations.

Even places surrounding Washington, D.C., and San Francisco are building taller. Thanks to the Heights of Buildings Act of 1910, the 555-foot Washington Monument will remain the tallest structure in the nation’s capital for the foreseeable future. But a flurry of development across the Potomac in Arlington, Virginia, has delivered several buildings taller than the 130- to 160-foot maximum allowed in Washington's city limits.

Like Boston, San Francisco also spent much of the 1980s assuaging the tempers of height-averse citizens. More than a hundred skyscrapers, including the city’s iconic Transamerica Pyramid, were built in San Francisco from 1960 to 1980. Residents responded poorly to the “Manhattanization” of their city, and, in 1986, voters passed Proposition M, which established an annual limit of 450K SF of high-rise development. Two tech booms and a population surge have started to lift the Bay Area’s development iron curtain. 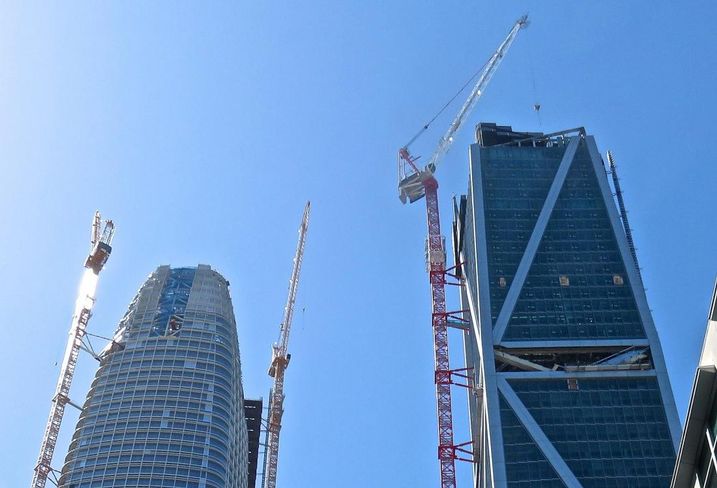 While office growth previously depended on big businesses within the energy and financial industries, this positive cycle has been dominated by an explosion of tech companies in the San Francisco Bay Area. Many members of the tech community may have started in loft-style offices, but the maturing sector is now looking for a different office ecosystem.

“You’re starting to see this huge change in complexion where the largest companies are tech giants driving leasing activity,” JLL Senior Vice President and Director of U.S. Office Research Scott Homa said. “The availability is within those CBD locations and high-rise offices.”

Tech tenants are looking to be closer to urban environments with transit access for talent recruitment and retention. San Francisco’s tallest building, the 1,070-foot Salesforce Tower, will house its cloud technology namesake tenant in more than 700K SF when it opens in 2018. The 802-foot mixed-use 181 Fremont is also under construction nearby next to the Transbay Transit Center in the city’s South of Market District.

“A lot of it is about achieving scale as these tech companies become mature businesses,” Homa said. “If you want to be in an urban environment and expand and not be a suburban campus, you need to go vertical.”

A Relief Valve For Kendall Square 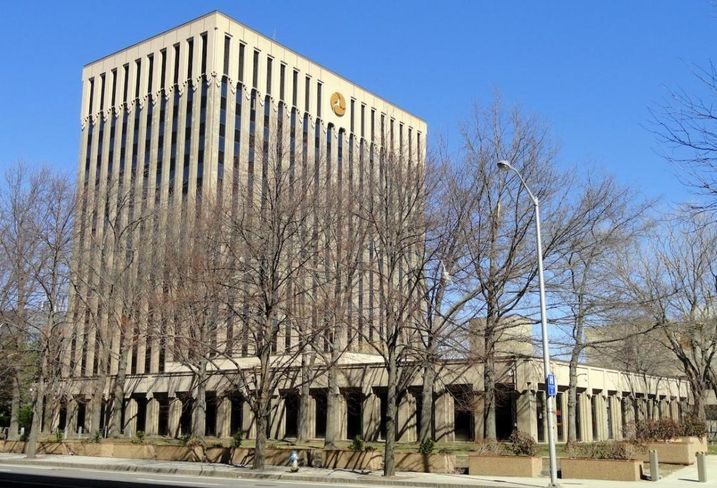 Back in Cambridge, available offices are almost nonexistent and being converted into labs, presenting space challenge. This lack of space has forced Kendall Square’s tech tenants to begin looking outside the neighborhood to expand. Amazon announced in early July it would grow its local presence on the other side of the Charles, and Facebook might follow suit.

And then there is Volpe.

The Volpe Center in the heart of Kendall Square is a 14-acre campus currently home to a U.S. Department of Transportation research building. The General Services Administration launched a national search in 2015 for a developer to take over the site as part of a push to rebuild aging federal buildings. It ultimately chose the Massachusetts Institute of Technology to spearhead the redevelopment. While Cambridge has a 250-foot height limit, the significance of a huge stretch of land suddenly becoming available had local leaders thinking the opportunity was too good to pass up.

City Councilor Lelund Cheung floated the Volpe site as a way for Cambridge to get a signature tower like the 790-foot John Hancock Tower in Boston. The fact that the Volpe site did not come into Logan Airport flight paths made it even more conducive to taller buildings.

“The 1,000-foot building idea emerged from our city council to have some mechanism to visually demonstrate Cambridge’s primacy in the region as economically significant,” Farooq said.

MIT appears to be more comfortable with half of Cheung’s proposed height.

The university, which will pay $750M to develop the Volpe site, has to first build a new transportation building as part of its agreement with the GSA. From there, it looks to make Kendall Square a more mixed-use experience like Farooq and other city leaders desire. One residential tower within the project could go as high as 500 feet, eclipsing the 295-foot Green Building at MIT as the city’s tallest tower. Others could reach 350 feet while commercial buildings would be as tall as 300 feet, according to zoning plans filed with the city in June.

What These Cities Get In Return

Green advocates are not the biggest supporters of tall development. A 775-foot tower in Boston proposed by Millennium Partners has faced much scrutiny, as it will cast new shadow in the early morning hours across Boston Common and the Public Garden. Millennium has a deal with the city to buy its land for $153M, which the city says will partially go to improve the city’s green spaces. Park advocates like Friends of the Public Garden are working toward a deal with the city and developer for significant investment in the shadow-impacted parks.

Other cities are taking note of the model.

“The way that people are thinking about height is that if we have to allow height, we think about what are the trade-offs,” Farooq said. “What are the public benefits and what does the community get in exchange for allowing taller height?”