High rents and crumbling infrastructure in Boston are creating an environment where the city is evolving from its historic resistance to tall towers. 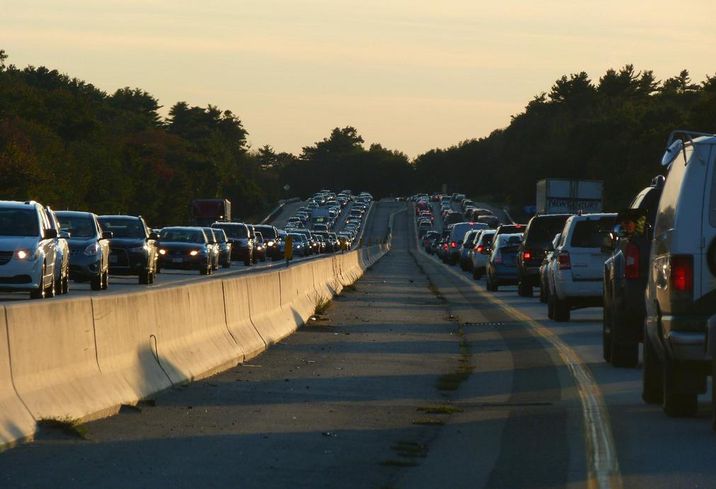 “Going higher is a fix to a lot of different things, from the housing shortage to taking the heavy load off the freeways into our city,” Perry Brokerage Director of Intelligence Brendan Carroll said.

Boston drivers spent 58 hours stuck in traffic last year, making the city one of the worst traffic spots in the world. It ranked 18th globally on the INRIX 2016 Global Traffic Scorecard. The congestion is one reason why more suburban companies are relocating into the urban core and transit-oriented development has become so hot, according to Perry’s Q2 2017 Boston office report.

Because highways, like I-93 south of the city and I-90 to the west, have nowhere to expand, building to accommodate more people downtown and other areas in the urban core will be a relief valve to congestion.

Assembly of new trains to boost capacity on the MBTA’s Orange and Red lines is underway as are studies to determine the feasibility of expanding South Station or building a 2.7-mile North-South Rail Link tunnel through downtown Boston. While traffic solutions abound, the housing shortage is a problem that continues to make life costly in the city.

Despite claims it has reached peak prices, Boston is still the third-most expensive city in the U.S. to rent. It has a cost of living nearly 40% higher than the national average, and low supply is keeping prices high. Cities around the world are in similar situations and have taken to building up as a way out of housing crunches. 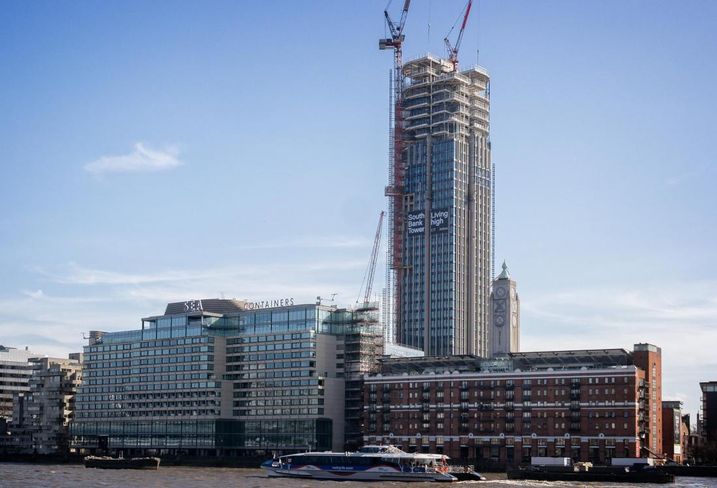 Twenty-six buildings 20 stories or higher were completed in London in 2016, and 455 more are in various stages of construction or planning, according to New London Architecture's London Tall Buildings Survey. Ninety-two percent of the planned towers are for residential purposes, which is why the historically height-averse city has taken to erecting a skyline. The city is on track to have a population of 10 million people by 2031, and many Londoners view high-rise residential towers as the only way to house everyone.

The construction boom is not without its critics, as even members of the British royal family, like Prince Charles, have gone on record as calling the new construction “faceless” and “poorly conceived."

The outrage might seem familiar to Boston developers, who are routinely subject to calls for less height. 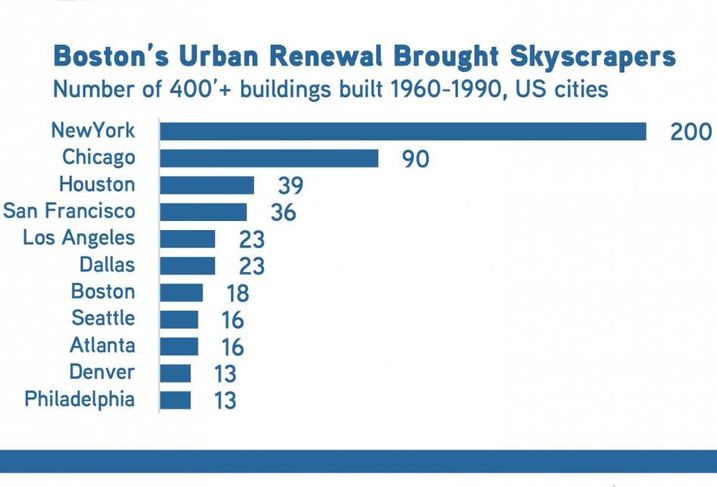 Courtesy of Perry Brokerage
Boston's period of urban renewal brought new towers to its skyline, but it was less than many of its peer markets.

Bostonians did not take kindly to an early period of skyscrapers that saw such construction as the 188-foot Ames Hotel building in 1888. The city enacted a height limitation of 125 feet in 1896. Even after the height limitations were relaxed during a national period of urban renewal from 1960 to 1990, Boston built fewer towers than its peer cities. Then-Mayor Ray Flynn declared the “era of the 800-foot tower is over” in 1987, and it was implied City Hall would only allow buildings downtown to reach 400 feet.

Despite the torment with towers, Boston does seem to be changing course. A flurry of cranes dot the skyline, building skyscrapers from Fenway to the Financial District. Millennium Partners is attempting to change a state law that would allow a 775-foot tower to be built at Winthrop Square, and it appears park advocates are actually on board.

“The region’s historic view of allowing height as something the public is giving up should give way to the reality that density gives a city its vitality,” Carroll said. “The height accommodates the people that utilize robust center city infrastructure and fuel the retail and commercial environment.”