Chicago was one of the first winning cities in JPMorgan Chase’s AdvancingCities Challenge, an annual competition that highlights innovative and sustainable solutions to the most persistent problems facing communities. 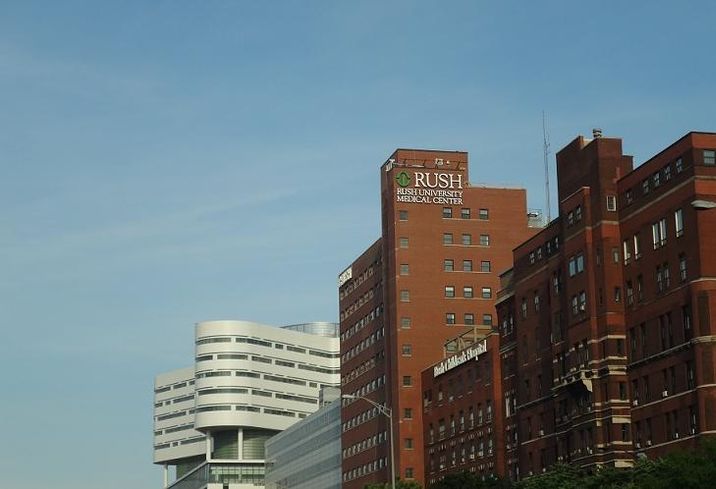 The contest was part of AdvancingCities, the firm’s $500M, five-year initiative to promote greater economic opportunity in urban areas. It opened in September, attracting more than 250 proposals from 143 communities across 45 states and territories.

The group will attempt to narrow the 16-year gap in life expectancy between Chicago’s West Side residents and their neighbors in The Loop, an affluent neighborhood seven train stops away, by bolstering the West Side’s economic vitality. The partners will connect low-wage healthcare workers to career pathways in hospitals that provide financial security. At the same time, West Side United will support local entrepreneurs and help them take advantage of procurement opportunities at anchor institutions that can grow and create local jobs.

“Chicago’s West Side suffers from many years of disinvestment and underinvestment along with serious disparities in health care outcomes and health care resources,” U.S. Rep. Danny Davis said in a statement. “I applaud JPMorgan’s initiative to partner with West Side small businesses, non-profits with deep roots in the community and Rush Medical Center as an innovative sustainable pathway toward a healthier economy and a healthier population.”

JLL added Scott Brandwein and Jake Ehrenberg to its Chicago-based roster as managing director and executive vice president, respectively. The pair brings nearly 50 years of experience to JLL, and collectively worked on more than $6B in projects across leasing, sales, capital markets and consulting.

CBRE named Liz McCleary vice president and Dru Garcia senior associate for its Chicago-based occupier advisory and transaction services group. McCleary joined CBRE from ConopCo Project Management, where she focused on business development and commercial project management. Prior to this, she oversaw business development for HOK’s commercial interiors practice and served as a project manager with Bovis Lend Lease.

Garcia previously served as managing director of business development for Intersect Illinois, where she facilitated business investment into Illinois within targeted industries. Prior to this role, she held community economic development positions with Lake County Partners and the Village of Wheeling. At CBRE, Garcia will focus on business development within the Northwest, O’Hare and North Suburban office markets.

Draper and Kramer Inc. hired Jacob Vial as senior vice president in its commercial finance group, overseeing FHA/HUD lending for multifamily and senior housing properties. The Chicago-based Vial will serve as chief underwriter for all credit decisions and direct strategic financing initiatives. He rejoins Draper and Kramer, where he was a vice president from 2008 to 2014, from PGIM Real Estate Finance, where he was most recently a director and FHA deputy chief underwriter for senior housing and healthcare loans.

Friedman Real Estate was awarded the management and leasing of Corporate Lakes III, a 124K SF, four-story office building at 2200 Cabot Drive in Lisle, Illinois. The building is 1 mile from Interstate 88 and 2 miles from Interstate 355 North-South Tollway. It features open floor plates of 30K SF, which provides tenants with flexible layout options, and currently two full floors of contiguous plug-and-play space are available, as well as several suites in a variety of sizes. Farmington Hills, Michigan-based Friedman opened a Chicago office in 2017 and now has more than 1.2M SF of office, industrial and retail assets in its Chicagoland management portfolio. 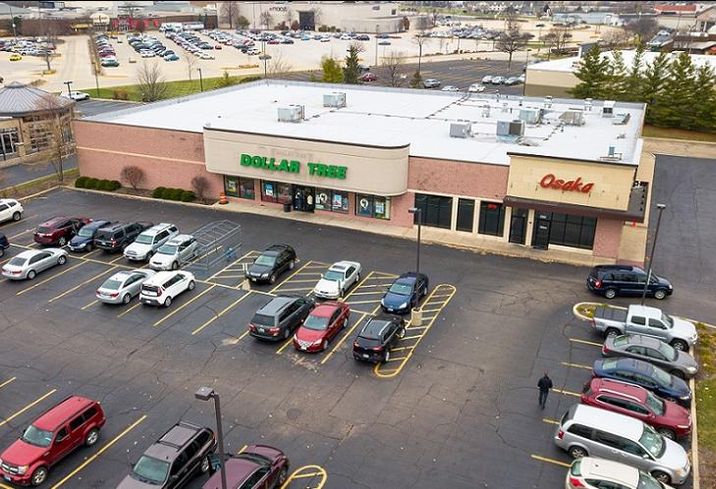 Quantum Real Estate Advisors brokered the $2.7M sale of a dual-tenant retail building at 2900 Colorado Ave. in Joliet, Illinois. The building sits directly across from Louis Joliet Mall in the heart of a major retail corridor. At the time of sale, Dollar Tree and Osaka Hibachi Grill & Sushi occupied 100% of the property. Quantum’s Chad Firsel represented both the seller, a Chicago-based acquisition and development company, and purchaser, a New York City-based investor. 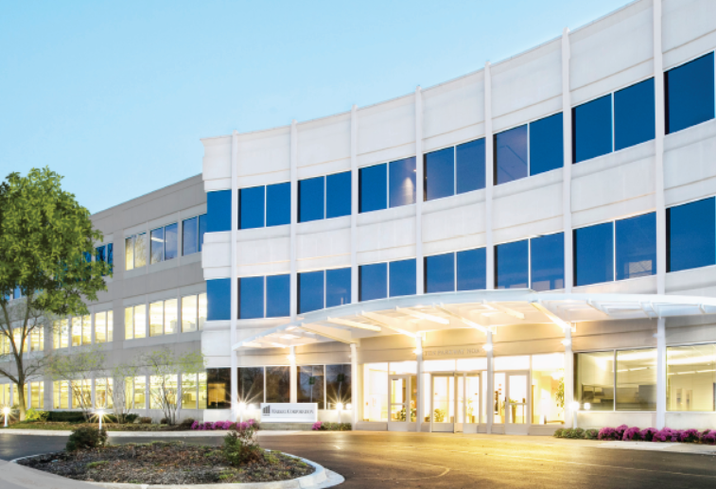 CBRE closed the sale of 23 medical buildings through three separate transactions totaling approximately $90M. The deals, sold to separate buyers in April, totaled over 300K SF across four states. Properties include the Greenleaf Center Medical Portfolio in the Chicago metro area, which is composed of 13 medical office buildings clustered around Washington Street and U.S. Route 41 in north suburban Gurnee. The buildings total 197K SF and were 93% leased at the time of sale.

Marcus & Millichap completed the sale of Hampton Inn, a 117-room hotel in north suburban McHenry. The firm’s Ebrahim Valliani, Michael Klar, Allan Miller and Chris Gomes marketed the property on behalf of the seller and also represented the buyer. The four-story hotel is at 1555 South Illinois Route 31, near the Fox River/Chain O’Lakes and Moraine Hills State Park, and will undergo renovations in the near future. 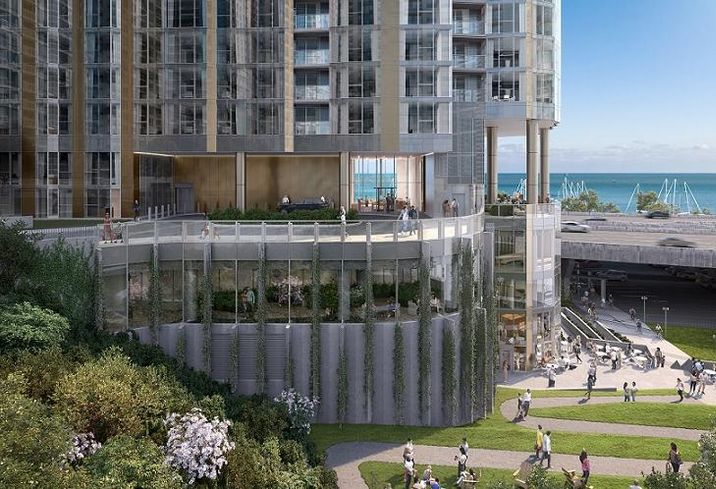 LendLease Development and co-developer Magellan Development Group began pre-sales last week for Cirrus, a 47-story, 363-unit luxury condominium tower that will rise at 211 North Harbor Drive. It is along Chicago’s lakefront in the Lakeshore East community, part of a three-tower addition and one of the final phases of the overall master plan. The partners will begin construction this summer, and deliver the first units in fall 2021. Units will range in size from 650 to over 3K SF and be priced from mid-$400K to more than $4M. To date, Magellan has completed 10 large-scale residential and mixed-use projects in Lakeshore East, as well as the approximately 5-acre Lakeshore East Park. The three new towers mark the first partnership between LendLease and Magellan.

A joint venture between Domus Group LLC and Barnett Capital acquired a set of Fulton Market properties and plans to bring another 230K SF of office space to the submarket later this year. The centerpiece of the four-property acquisition is 1133 West Fulton St., a landmark 97K SF industrial building with 25K SF floor plates. Upon completion of the renovation, slated for fall, it will offer the largest contiguous block of Fulton Market space delivered in 2019. Other properties acquired as part of the transaction are 213 North Racine Ave., an existing 19K SF building; 219 North Racine Ave., an existing parking lot for future development; and 1114 West Fulton St., an adaptive reuse of a former 30K SF warehouse.