When Hurricane Harvey stalled over Houston on Aug. 26, 2017, the hotel industry was in a rut. It had posted negative or low demand since early 2015, a few months after oil prices began to slip.

As the emergency eased, other demand factors have flowed in to keep hotel fundamentals healthy and well above pre-storm levels. 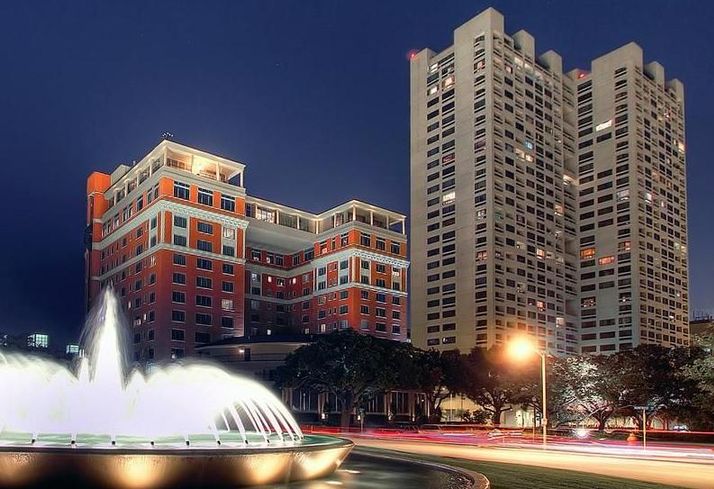 “The initial boost in demand from the hurricane recovery has absolutely slowed,” Hoyt said.

But economic revitalization is keeping fundamentals up. Occupancy increased 6.2% in the 12 months leading up to July 2018, and demand is up 9.6% year over year, according to STR.

"These are still very strong demand numbers for the market," Hoyt said.

The 2014 oil downturn left the hotel industry in pain, as companies began to downsize travel in the face of plummeting prices. At the same time, hotels deliveries were ramping up. Forty-three new hotels were added in 2016 for a 6% increase in overall supply.

“It was a double whammy,” CBRE Director Jeffrey Binford said. “The demand for hotel rooms was declining; simultaneously, those properties that opened in 2016 were well underway in 2014 and could not be stopped.”

But, even before the storm, Houston’s hotel sector was showing signs of recovery. Economic indicators like the strength of the U.S. and Houston economies, positive employment growth and improving oil production were catalyzing improvement, DPC Hospitality Senior Vice President Christian Abbate said.

At the start of 2017, the hotel sector noted positive demand growth, after nearly two years of negative performance. Houston hosted Super Bowl LI in February 2017, which prompted a demand increase of 4.1% and drove average daily rate up 22% to $136.82, year to date.

Then, Harvey hit in late August.

“We do see a positive boost in hotel performance because there wasn’t a considerable impact of the supply,” Hoyt said.

Hotel construction is still ramping up in Houston, particularly as the city targets more big events like the Super Bowl and the World Cup. More than 5,300 rooms are under construction, 4,634 are in the final planning stages and about 6,000 are in the early planning stages, according to STR data. The deliveries represent a 6% increase to existing supply.

As those properties deliver, hotel fundamentals will drop a bit more. CBRE Hotels’ Americas Research forecasts a 2.3% decrease in revenue per available room by year-end with an estimated decline in occupancy of 2.5% and a 0.2% gain in ADR.

“We will probably get back some of the gains we made last year, but it won’t be an equal swap,” Abbate said.

But experts say Houston hotels will settle out to a new normal above where they were pre-Harvey and continue a strong run.

“There is real growth going on this year,” Abbate said.