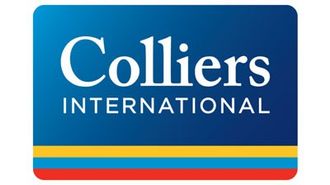 A record-breaking 50 inches of rainfall and severe flooding slammed the Texas Gulf Coast, jolting the economy and disrupting businesses and daily life. But the Bayou City proved resilient, with recovery efforts bringing the city back to pre-hurricane growth. With Harvey behind it and a growing population of skilled workers at its disposal, Houston is poised for continued economic expansion in 2018, according to a Colliers International report.

Texas suburbs, including those around Houston, made up half of the U.S.’ fastest-growing cities between 2015 and 2016, according to the U.S. Census Bureau. Analysts project the Greater Houston Area’s population will grow by 2.3% in 2018.

Houston’s availability of jobs has supported its booming population. Known for its high concentration of energy companies, Houston’s economy has diversified. An expanding array of healthcare companies, a number of tech startups and major companies have set up shop in Houston. The city ranks third in the U.S. for the most Fortune 500 HQs, with 20 companies on the 2017 list.

Local economists forecast an additional 45,000 jobs in 2018, and they expect that number to increase annually through 2021.

Houston has also been a favorable destination for recent college graduates. The city made the No. 1 spot on Money’s “Best City For College Graduates” list for its affordable housing and abundance of entry-level positions. The majority of Houston’s population over the age of 25 holds a high school diploma, and those with college or graduate degrees outnumber residents who have less than a high school education.

Despite a fall in oil prices in 2014, energy still plays a large role in the creation of jobs and wealth in Houston. Four of the city’s Fortune 500 companies, Phillips 66, Conoco Phillips, Enterprise Products Partners and Plains GP Holdings, are in the energy industry. All major oil and gas companies have operations in the area, including ExxonMobil, BP America and Shell Oil Co. U.S. energy consumption is expected to grow at an average annual rate of 0.2% through 2040, and year-over-year oil exploration and gas exploration are up in the U.S. by 80% and 109%, respectively.

Texas is also the largest chemical-producing state, with the sector generating $172B in annual revenue. The Houston Ship Channel is the largest petrochemical complex in the U.S., and the industry employs more than 100,000 workers directly, with another 500,000 related jobs in the state.

Beyond energy and chemical production, e-commerce has claimed a large piece of Houston’s industrial inventory. Not only are companies like Amazon establishing distribution centers in Houston, third-party logistics companies are investing in warehouse space to meet the growing demand from e-retailers. Oakmont Industrial Group, for instance, has a speculative 700K SF warehouse under construction to support e-commerce activity.

Industrial vacancies hovered around 5.4% in Q4 while leasing activity increased 11.8% over the quarter from 5M SF in Q3 to 5.6M SF in Q4. Currently, 6.4M SF of industrial space is under construction in Houston, according to Colliers International.

The Port Of Houston

Houston’s strong intermodal transportation network has been a significant driver of economic growth. The city is equidistant from New York and Los Angeles, boasts two major airports and has a strong rail and road infrastructure.

Its position along the Gulf Coast has allowed Houston to become a major port city. The Port of Houston is recognized as the No. 1 U.S. port in foreign exports and is the No. 3 ranked U.S. port in terms of total foreign cargo value. The port provides more than 1.2 million jobs and generates $265B for the region, according to Colliers International. As shipping demand continues to rise, the Port of Houston has embarked on a $314M infrastructure improvement plan.

Harvey did little to impact office inventory, with less than 7% of buildings reporting damage.

Any initial disruptions the historic storm had on the retail industry has been short term. While spending fell 58.7% following the event, reconstruction efforts brought spending back to pre-event levels, according to the Colliers International report. Houston’s average retail vacancy rate remained steady at 5.6% between quarters and increased from 5.4% in Q4 2016. Houston had 15.8M SF of vacant retail space on the market in Q4, with single-tenant retail boasting the lowest vacancy rate of 1.7%, followed by theme/entertainment at 3.3%, lifestyle centers at 3.8%, power centers at 4.1% and malls at 4.5%.

Colliers
We are enterprising. As an industry-leading global real estate services company with more than 15,000 skilled professionals operating in 68 countries, what sets Colliers International apart is not what we do, but how we do it. Our culture encourages Colliers professionals to think differently, to share innovative ideas and to create effective solutions that accelerate our clients’ successes. We deliver a full range of services to real estate occupiers, owners and investors across all sectors worldwide. Everything we do is founded in the belief that when our clients succeed, we succeed. As a result, many of the world’s leading companies choose us when they need trusted, expert advice.
Confirmed! You are subscribed to the Bisnow Houston E-Newsletter.
Most Read Stories
More Top Stories
Bisnow Houston Newsletter
Bisnow Houston Newsletter